Many hurt men wondered
many struck men bled
Magic never faltered
Magic always led.
Many stones were rolled
but God would not lie down
Many wild men lied
many fat men listened
Though they offered stones
Magic still was fed
Though they locked their coffers
God was always served.

Magic is afoot. God rules.
Alive is afoot. Alive is in command.
Many weak men hungered
Many strong men thrived
Though they boasted solitude
God was at their side
Nor the dreamer in his cell
nor the captain on the hill
Magic is alive
Though his death was pardoned
round and round the world
the heart did not believe.

Though laws were carved in marble
they could not shelter men
Though altars built in parliaments
they could not order men
Police arrested Magic
and Magic went with them,
for Magic loves the hungry.

But Magic would not tarry
it moves from arm to arm
it would not stay with them
Magic is afoot
it cannot come to harm
it rests in an empty palm
it spawns in an empty mind
but Magic is no instrument
Magic is the end.

When Words Were Magick 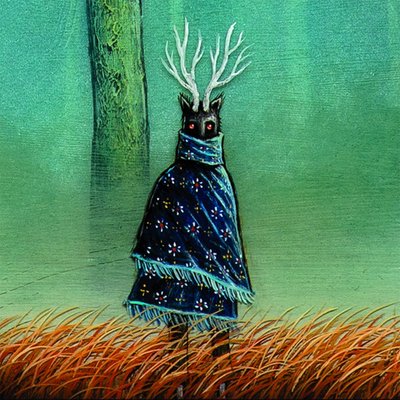 ~An Old Eskimo story found at Feathers and Bones

A Benediction For And Against All Enemies 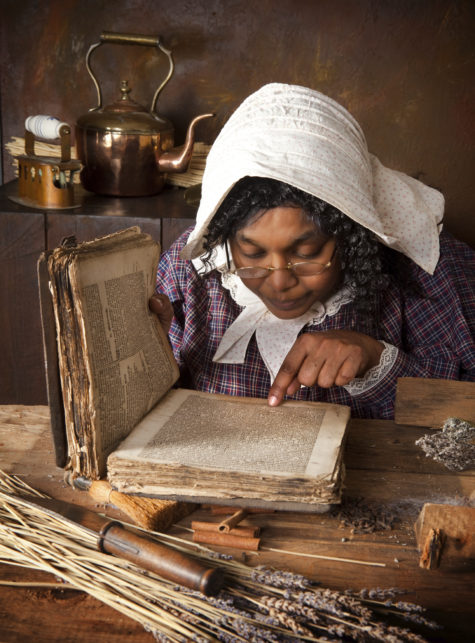 From Pow-Wows, or Long Lost Friend, by John George Hoffman, (1820), we have a benediction for and against all enemies.

Now I pray, I, [name], pray God the Father for the soul’s sake, and I pray God the Son for the Father’s sake, and I pray God the Holly Ghost for the Father’s and the Son’s sake, that the holy corpse of God may bless me against all evil things, words and works. The cross of Christ open unto me future bliss; the cross of Christ be with me, above me, before me, behind me, beneath me, aside of me and everywhere, and before all my enemies, visible and invisible; these all flee from me as soon as they but know or hear.

Enoch and Elias, the two prophets, were never imprisoned, nor bound, nor beaten and came never out of their power; thus no one of my enemies must be able to injure or attack me in my body or my life, in the name of God the Father, the Son, and the Holy Ghost. Amen.

A Benediction Against Enemies, Sickness and Misfortune

From Pow-Wows, or Long Lost Friend, by John George Hoffman, (1820), we have this benediction against enemies, sickness and misfortune:

Bless me, oh ye five holy wounds, in order that all my enemies may be driven away and bound, while God has encompassed all Christendom. In this shall assist me God the Father, the Son and the Holy Ghost. Amen.

Thus must I be blessed as well and as valid as the cup and the wine, and the true, living bread which Jesus gave his disciples on the evening of Maunday Thursday. All those that hate you must be silent before me; their hearts are dead in regard to me; and their tongues are mute, so that they are not at all able to inflict the least injury upon me, or my house, or my premises: And likewise, all those who intend attacking and wounding me with their arms and weapons shall be defenseless, weak and conquered before me. In this shall assist me thee holy power of God, which can make all arms or weapons of no avail.

All this in the name of God the Father, the Son, and the Holy Ghost. Amen. 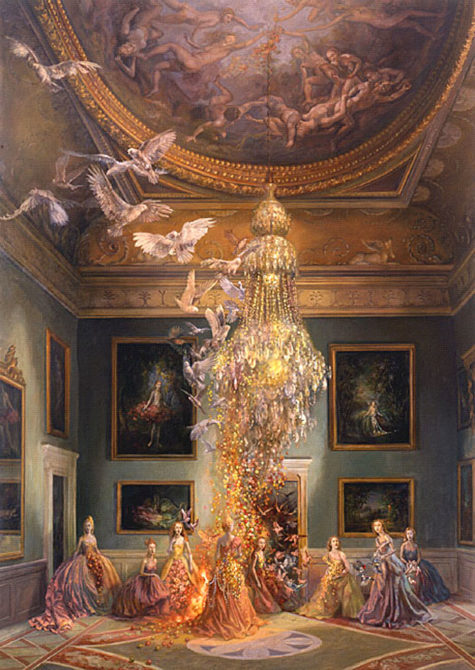 “… for magic to happen in your life,
you must believe in magic.” 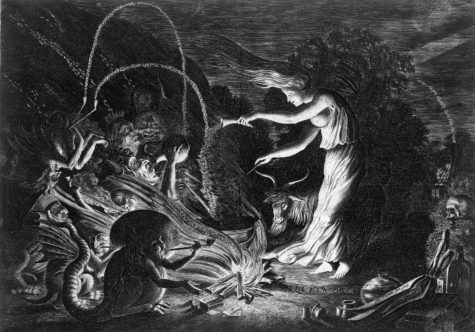 “You cannot study magic. You can not learn it. You must ingest it. Digest it. You must merge with it. And it with you.

When a Magician casts a spell, he does not first mentally review the Major, Minor Tertiary, and Quaternary Circumstances. He does not search his soul to determine the phase of the moon and the nearest body of water, and the last time he wiped his ass. When he wishes to cast a spell he simply casts it. When he wishes to fly, he simply flies. When he wants the dishes done, they simply are…

You need to do more than memorize Quentin. You must learn the principles of magic with more than your head. You must learn them with your bones, with your blood, your liver, your heart, your dick. We are going to submerge the language of spell casting deep into who your are, so that you have it always, wherever you are, whenever you need it. Not just when you have studied for a test.”

From: “The Magicians” by Lev Grossman.

The Study of Magick 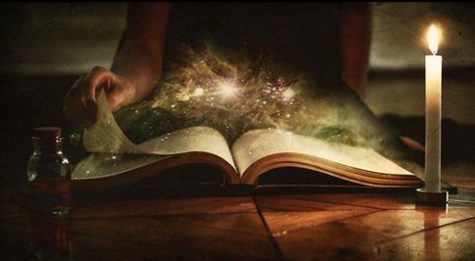 The study of magic is not a science, it is not an art, and it is not a religion. Magic is a craft. When we do magic, we do not wish and we don’t pray. We rely upon our will and our knowledge and our skill to make a specific change to the world.

~The Magicians’ by Lev Grossman 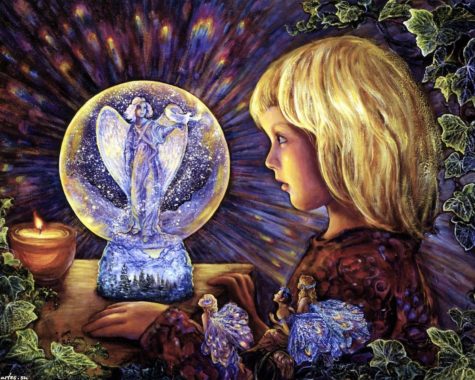 “There is magic in this world if you want the world to be magical. If you want life to be special, it will be. No one wants to be bored or consumed by ordinary drudgery. But what happens, all too often, is that when magic is presented to us, we don’t believe it because we don’t trust ourselves. We don’t realize what can really be accomplished. We don’t realize that if we wish to, we can take other forms. We can sit in the presence of the great masters, angels, or ancient seers of wisdom and find peace and wisdom, but it takes many small deaths, the giving away of old limitations, to get there.”

“I want you to know that there is much, much more to your life than what you think is there. It doesn’t matter what you believe in — which god, which life, which creator, which messiah. It doesn’t matter. What matters is your ability to love. What matters is your dialogue with the divine and how you manifest that in life for the simple joy of it, for the healing of it, and for the inspiration of beauty that it provides for all those around you.”

The Knot of Isis 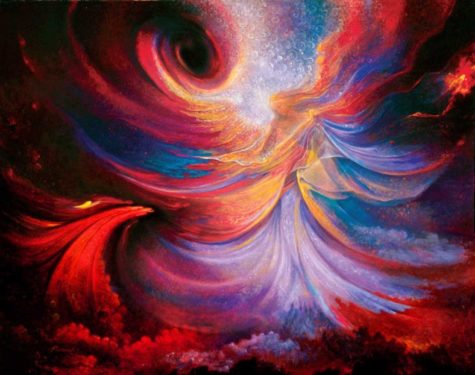 At the ends of the universe is a blood red cord that ties life to death, man to woman, will to destiny. Let the knot of that red sash, which cradles the hips of the goddess, bind in me the ends of life and dream. I’m an old man with more than my share of hopes and misgivings. Let my thoughts lie together in peace. At my death let the bubbles of blood on my lips taste as sweet as berries. Give me not words of consolation. Give me magic, the fire of one beyond the borders of enchantment. Give me the spell of living well.

Do I lie on the floor of my house or within the temple? Is the hand that soothes me that of wife or priestess? I rise and walk. The sky arcs ever around; the world spreads itself beneath my feet. We are bound mind to Mind, heart to Heart ~ no difference rises between the shadow of my footsteps and the will of god. I walk in harmony, heaven in one hand, earth in the other. I am the knot where two worlds meet. Red magic courses through me like the blood of Isis, magic of magic, spirit of spirit. I am proof of the power of gods. I am water and dust walking.