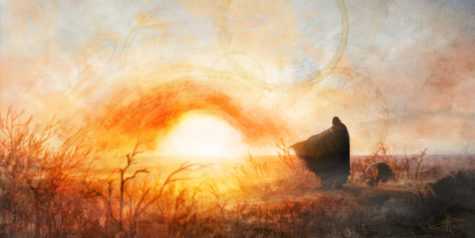 Kalevala Day is celebrated in Finland on 28 February, to match Elias Lönnrot’s first version of The Kalevala in 1835. It is an official flag-raising day in Finland, and simultaneously the Day of Finnish culture. The epic poem, Kalevala is celebrated by the Finns with parades and readings from the poem.

A Finno-Ugric creatrix, Luonnotar closes the month of February with an abundance of creative, fertile energy. Her name means “daughter of earth,” and according to legend she nurtured the cosmic eggs from which the sun, moon, and stars developed. In the Kalevala, Luonnotar is metaphorically represented as the refreshing east wind – the wind of beginnings. She also created the first bard, Vainamolen.

The Kalevala is the epic poem of more than twenty thousand verses that recounts the history and lore of the Finnish people. Luonnotar appears in the creation stanzas, empowering the entire ballad with her energy. If there’s anything in your life that needs an inventive approach or ingenious nudge, stand in an easterly wind today and let Luonnotar’s power restore your personal muse. If the wind doesn’t cooperate, stand instead in the breeze created by a fan facing west.

To generate fertility or internalize a little extra resourcefulness as a coping mechanism in any area of your life, make eggs part of a meal today. Cook them sunny side up for a “sunny” disposition, over easy to motivate easy transitions, or hard boiled to strengthen your backbone!

Another way to celebrate the day would be with a reading from the Kalevala, some of which can be found at Widdershins – just search the tag: Kalevala. There is also a nice Finnish Healing Spell adapted from the Kalevala on Book of Shadows

Promote Your Page Too
Bread Crumbs
A trail of bread crumbs in case you lose your way wandering through this site ... Pagan Calendar > Blog Page > February > Kalevala Day