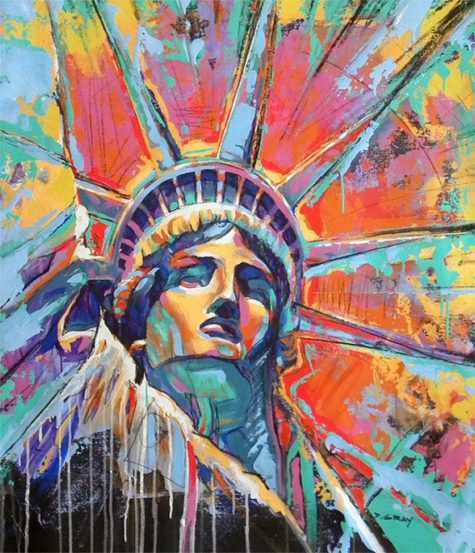 Independence Day (July 4th) is the “birth” of the United States is celebrated by Pagans and non-Pagans alike. Many patriotic Witches honor and give thanks to Lady Liberty, and perform magickal spells and rituals for the benefit of the country.

The Second Continental Congress actually made its decree for freedom on July 2, 1776, signing the Lee Resolution. Two days later, on July 4, Congress formally adopted the Declaration of Independence and the alarm for freedom was sounded at Independence Hall with the Liberty Bell.

It was on August 4, 1776, after delegates of the Continental Congress had signed the document, that The Declaration of Independence was made official. John Adams’ famous letters to his wife, Abigail, on the 3rd of July, 1776, capture the spirit of the time. Writing from Philadelphia, he said,

Yesterday the greatest Question was decided, which ever was debated in America, and a greater perhaps, never was or will be decided among Men. A Resolution was passed without one dissenting Colony “that these united Colonies, are, and of right ought to be free and independent States, and as such, they have, and of Right ought to have full Power to make War, conclude Peace, establish Commerce, and to do all the other Acts and Things, which other States may rightfully do.”

I am apt to believe (this day) will be celebrated by succeeding generations, as the great Anniversary Festival. It ought to be commemorated, as the day of deliverance by solemn acts of devotion to God Almighty. It ought to be solemnized with pomp, shews, games, sports, guns, bells, bonfires and illuminations, from one end of the continent to the other, from this time forward forever.

“We hold these truths to be self-evident, that all men are created equal, that they are endowed by their Creator with certain unalienable Rights, that among these are Life, Liberty and the pursuit of Happiness.

That to secure these rights, Governments are instituted among Men, deriving their just powers from the consent of the governed,

That whenever any Form of Government becomes destructive of these ends, it is the Right of the People to alter or to abolish it, and to institute new Government, laying its foundation on such principles and organizing its powers in such form, as to them shall seem most likely to effect their Safety and Happiness.”

One Response to Independence Day

Promote Your Page Too
Bread Crumbs
A trail of bread crumbs in case you lose your way wandering through this site ... Pagan Calendar > Blog Page > July > Independence Day