Honoring the Soul of the Harvest 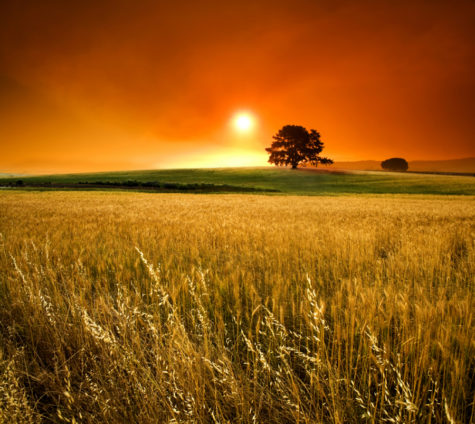 In many cultures around the world, staple crops such as corn and rice are believed to embody a spiritual essence.

In European cultures, a corn doll was often used to represent the spirit of the harvested crops. However, Europe didn’t have a monopoly on this at all. In South American countries, some tribes took the largest portion of the crops — typically maize — and dressed it in clothing as an effigy.

In Peru, people honored different spirits of the crops. The Maize Mother was the zara mama, the spirit of quinoa was known as quinoa mama, and everything from the cocoa tree to the lowly potato had a life essence.

In North America, the native tribes grew corn, or maize, as a staple part of their diet. Some groups have stories of rebirth and regeneration, and a few have folktales that parallel the story of Demeter and Persephone. In the southwestern part of the United States, Native Americans still perform a ceremonial dance that honors the harvesting of the maize every fall.

It’s not uncommon to find spiritual connections to agriculture. The Malay people of Indonesia believe that rice plants — again, a staple crop — possess a soul or life force just as humans do. Harvesting is even done in a way that is seen as “painless” to the rice plants, so that it will not suffer. In some parts of the Malay Peninsula, there is a big ceremony at the beginning of each harvest, in which a complex ritual is performed that identifies the mother of the rice soul in the selected sheaf.

Folklorist Sir James Frazer makes mention in The Golden Bough of the global phenomenon of the honoring of the spirit of the grain. He says that the mere fact that underdeveloped, primitive cultures honor a “corn mother” archetype indicates that this has been going on for thousands of years. In other words, because these cultures are “unspoiled” by modern society, their worship of such an embodiment of the grain is probably very close to the original ritual and ceremony.

Promote Your Page Too
Bread Crumbs
A trail of bread crumbs in case you lose your way wandering through this site ... Pagan Calendar > Blog Page > August > Honoring the Soul of the Harvest