Memorial Day is the day meant to be set aside to specifically honor the war dead. As such, it is an appropriate day to observe rituals to honor the Einherjar: the battle-slain warriors who are taken to Valhalla.

Who are the Einherjar? They are an army of all men who fall in battle, they are adopted as Odin’s sons. He allots to them the halls Valhalla and Vingólf. There they await Ragnarok, when they will join the Gods in fighting the Giants. They spend most of their time fighting, eating, and drinking.

Of course, not all of the battle-slain go to Valhalla some also go to Freya’s Hall, but many modern pagans will honor the war-dead, especially their ancestors who served at this time. 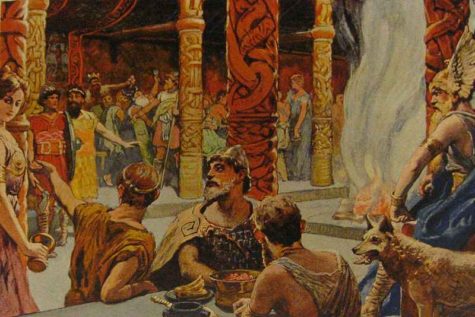 Others will honor the Einherjar on Veteran’s Day instead, even though, technically Veteran’s Day is intended to first and foremost honor those living Veterans from past military service, it is also used to honor those currently serving, and to a lesser degree those soldiers now dead.

For more about the Einherjar – read on…

In Norse mythology, the Einherjar (Old Norse “lone fighters”) are those that have died in battle and are brought to Valhalla by Valkyries. In Valhalla, the Einherjar eat their fill of the nightly-resurrecting beast Sæhrímnir, and are brought their fill of mead (from the udder of the goat Heiðrún) by Valkyries. The Einherjar prepare daily for the events of Ragnarök, when they will advance for an immense battle at the field of Vígríðr.

In Norse cosmology, those that die in battle hold a special role within Asatru. They are the Einherjar, those that are chosen by Odin to fight on the side of the Gods at Ragnorak. (see explanation below)

Accounts of Valhalla describe it as a large hall, decked with the implements of battle. The Einherjar are described as being well-hosted, they are fed on pork and mead, and each day, the Einherjar practice at the art of battle. They engage one another in terrible, bloody conflicts, and at the end of the day, come back to life, and walk off the field, the best of friends.

All the Einheriar fight in Odin’s courts every day;
they choose the slain and ride from battle;
then they sit more at peace together.

It seems probable that historically, the Einherjar could be best described as some sort of “elite” troops, and that going to Valhalla was not necessarily the fate of the common soldier. Odin was traditionally followed by members of the ruling classes, not by ordinary folk. Adding to this the idea of the Einherjar fighting day after day, and enjoying it immensely does seem more in line with an elite unit, it seems likely that an ordinary draftee might get a little tired of day after day of fighting.

In actual modern-day practice, Einherjar blot has tended to become a day to honor all of those who die in wars, and to a lesser extent, veterans in general. How exactly does one reconcile these two different images of the Einherjar? One thing is clear, it was never a part of old Norse thought to hold to one view of the afterlife. Where you ended up after your death seemed reliant on which Gods you followed in life, and what sort of person you were.

Hail those that serve!
Hail the fallen!
Hail the Einherjar!

In Norse mythology, Ragnarök (Old Norse “final destiny of the gods”) is a series of future events, including a great battle foretold to ultimately result in the death of a number of major figures (including the gods Odin, Thor, Týr, Freyr, Heimdall, and Loki), the occurrence of various natural disasters, and the subsequent submersion of the world in water. 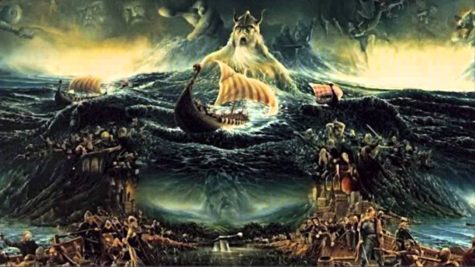 Afterward, the world will resurface anew and fertile, the surviving and reborn gods will meet, and the world will be repopulated by two human survivors.

3 Responses to Honoring the Einherjar

Promote Your Page Too
Bread Crumbs
A trail of bread crumbs in case you lose your way wandering through this site ... Pagan Calendar > Blog Page > May > Honoring the Einherjar