Floralia: The Roman May Day Celebration 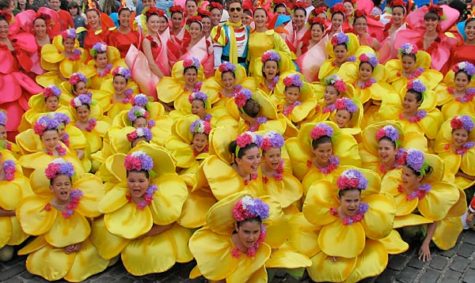 The Romans had a celebration for just about everything. Certainly, any deity worth their salt got a holiday of their own, and Flora was no exception. She was the goddess of spring flowers and vegetation, and one of many fertility goddesses. In fact, she was so well respected as a fertility deity that she was often seen as a the patron deity of Roman prostitutes.

Her holiday originated around 235 b.c.e. It was believed that a good festival ensured that Flora would protect the blooming flowers around the city. However, at some point the celebration was discontinued — but it clearly took its toll when wind and hail did some serious damage to the flowers of Rome. In 173 b.c.e., the Senate reinstated the holiday, and renamed it the Ludi Floralis, which included public games and theatrical performances.

The Floralia took place during the five days between April 28 and May 3. Citizens celebrated with drinking and dancing. Flowers were everywhere, in the temples and on the heads of revelers. Anyone making an offering to Flora might give her a libration of milk and honey.

Promote Your Page Too
Bread Crumbs
A trail of bread crumbs in case you lose your way wandering through this site ... Pagan Calendar > Blog Page > April > Floralia: The Roman May Day Celebration