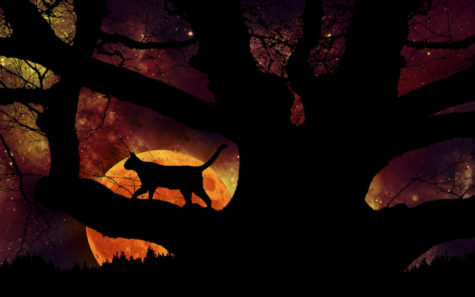 The Hunter’s Moon is so named because plenty of moonlight is ideal for hunters shooting migrating birds in Northern Europe. The name is also said to have been used by Native Americans as they tracked and killed their prey by autumn moonlight, stockpiling food for the winter ahead.

In the northern hemisphere, the Hunter’s Moon appears in October or November, usually in October. Traditionally, it was a feast day in parts of western Europe and among some Native American tribes, called simply the Feast of the Hunter’s Moon, though the celebration had largely died out by the 18th century. There is a large historical reenactment by that name in Lafayette, Indiana during the early part of October 2010

Variation in time of moonrise:

In general, the moon rises about 50 minutes later each day, as it moves in orbit around Earth. All full moons rise around the time of sunset. The Harvest Moon (full moon closest to the Autumnal Equinox) and Hunter’s Moon are special because — as seen from the northern hemisphere — the time of moonrise on successive evenings is shorter than usual. The moon rises approximately 30 minutes later, from one night to the next, as seen from about 40 degrees N. latitude, for several evenings around the full Hunter’s or Harvest Moons.

Thus there is no long period of darkness between sunset and moonrise, around the time of these full moons. In times past, this feature of these autumn moons was said to help hunters tracking their prey (or, in the case of the Harvest Moon, farmers working in the fields). They could continue tracking their prey (or bringing in their crops) by moonlight even when the sun had gone down. Hence the name Hunter’s Moon. 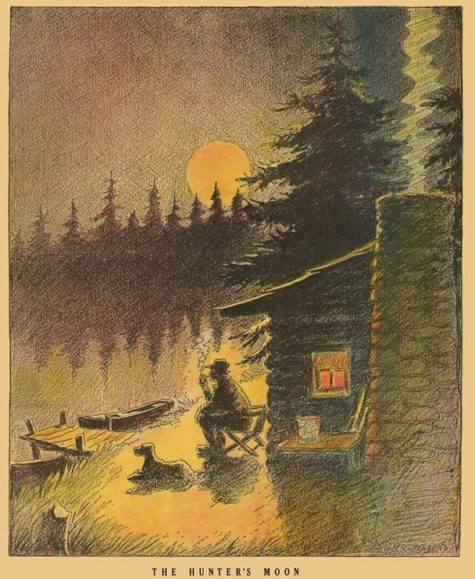 The reason for the shorter-than-usual rising time between successive moon rises around the time of the Harvest and Hunter’s Moon is that the orbit of the Moon makes a narrow angle with respect to the horizon in the evening in autumn, leading the Moon to higher positions in the sky each successive day.

The Hunter’s Moon is not brighter, smaller or yellower than during other times of the year, but all full moons have their own special characteristics, based primarily on the whereabouts of the ecliptic in the sky at the time of year that they are visible.