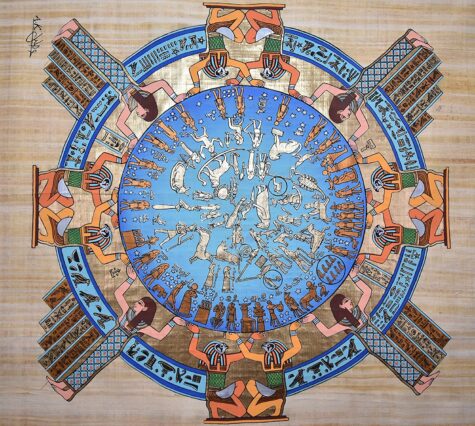 The 5 Epagomenal Days (6 during leap years) were inserted into the Egyptian Calendar which had been 360 days long. These days were reserved as birthdays for the gods. The first, third, and fifth of these days were considered unlucky by the Egyptians.

The legend behind the days holds the Nut had been forbidden to have children on any day of the year by her husband Geb. Thoth, upon hearing this, gambled with the moon-god for a fraction of his light. Thoth won and he created the additional 5 days for Nut so she could bear children on these days “not of the year.”

They are as follows:

These dates come from Traci de Regulla in The Mysteries of Isis. She took her dating from Dr. Robert Brier’s Ancient Egyptian Magic. There is a great deal of dispute when it comes to calculating the dates of Egyptian festivals due to problems in their calendar system (it was only 360 days for some period of time).

Promote Your Page Too
Bread Crumbs
A trail of bread crumbs in case you lose your way wandering through this site ... Pagan Calendar > Blog Page > Birthdays > The Five Epagomenal Days