On the first of November, it was an ancient Celtic practice to indulge in a sort of feast, which was called la mas ubhal, the day of the apple fruit, because on that occasion, roasted apples were bruised and mixed in ale, milk, or by those who could afford it, in wine. This is the origin of lamb’s wool. 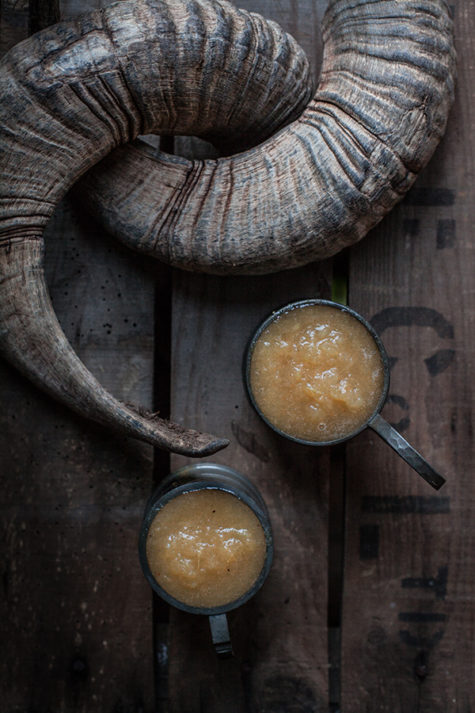 The basic recipe for lambswool is as follows:  Apples are roasted in a pan on the fire, or on a string over the fire, until they sizzle. They are then dropped, still hot, into the warmed, spiced, sweetened ale.

In Gerard’s Herbal (1633) it is described as a drink of warmed, spiced ale or cider, in which bob roasted apples: ‘sometimes, eggs or cream, or both, are whisked in, and sometimes it is served poured over small fruit cakes.’

It derives its name from the day which is dedicated to the Angel presiding over fruits and seeds, which was originally called “La Maso bal” which was corrupted to Lamb’s Wool. According to Nell Heaton writing in the late 1940’s. Alternatively, the name could simply be a reference to the fluffy appearance of the pulp of the roast apples, bobbing about in the warm brew.

From: The Scotish Gaël and Celebration

Promote Your Page Too
Bread Crumbs
A trail of bread crumbs in case you lose your way wandering through this site ... Pagan Calendar > Blog Page > November > La Mas Ubhal – Day of the Apple Fruit