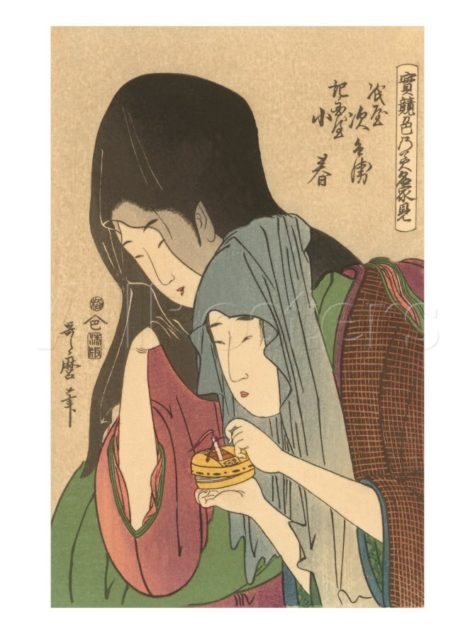 There is a festival in Japan on May 28 during which vendors sell insects in tiny bamboo cages. Those who purchase the diminutive pets keep them in or near the house during the summer months so that they can hear their songs in the evening. Then, on a day in late August or early September, they gather in public parks and at temples or shrines to set the insects free. When the creatures realize they have been released, the former captors listen to them burst into their individual sounds.

The custom of freeing the insects, also known as the Insect-Hearing Festival, is more common in the countryside. Although no one seems to know its exact origin, it is reminiscent of Italy’s Festa del Grillo, where crickets are purchased in cages and kept as good luck tokens or harbingers of spring.

A picturesque rite passed down from feudal days, this festival is held in temple and shrine precincts, public parks, and many gardens. People gather in these chosen spots where they take insects in tiny bamboo cages, some purchased from insect vendors for this ceremony, and set these insects free.

As part of the ceremony, the liberator waits for the insect to get its bearing, realize its freedom, then listen to it as it chirps.

Note: This post was put together by Shirley Twofeathers for Gypsy Magic, and moved to its new home here at shirleytwofeathers.com. You may repost and share it only if you give me credit and a link back to this website. Blessed be.

Promote Your Page Too
Bread Crumbs
A trail of bread crumbs in case you lose your way wandering through this site ... Pagan Calendar > Blog Page > May > Insect Hearing Festival