Light gold-colored candles on your altar and wear oak leaves in your hair to honor the Greek god Zeus, who is traditionally honored on June 12. 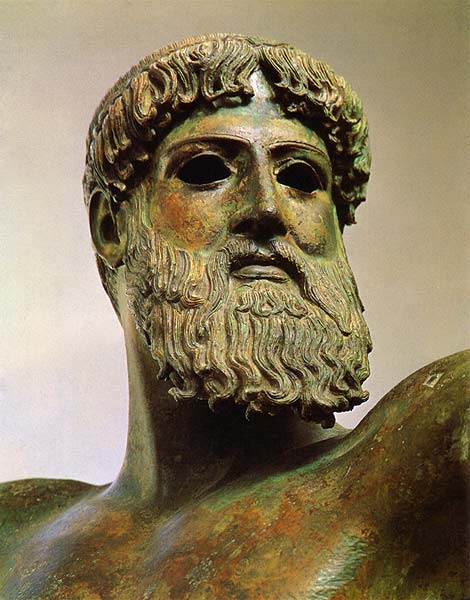 The Olympic Games were originally held in honor of Zeus, the king of the Greek gods, and a sacrifice of 100 oxen was made to the god on the middle day of the festival. According to legend, the altar of Zeus stood on a spot struck by a thunderbolt, which had been hurled by the god from his throne high atop Mount Olympus, where the gods assembled.

These Games were held every four years. This four-year period acquired the name “Olympiad”, and was used as a date system: time was counted in Olympiads, rather than years.

Athletes prayed to the gods for victory, and made gifts of animals, produce, or small cakes, in thanks for their successes.

Over time, the Games flourished, and Olympia became a central site for the worship of Zeus. Individuals and communities donated buildings, statues, altars and other dedications to the god. The most spectacular sight at Olympia was the gold and ivory cult statue of Zeus enthroned, which was made by the sculptor Pheidias and placed inside the temple. 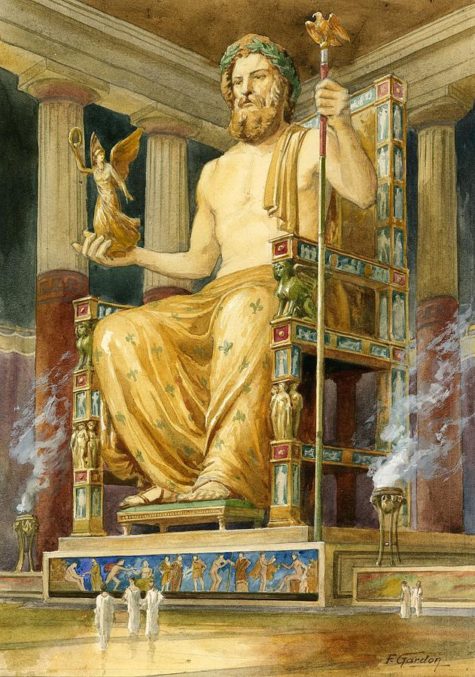 The statue was one of the Seven Wonders of the Ancient World, and stood over 42 feet high. A spiral staircase took visitors to an upper floor of the temple, for a better view of the statue.

People who were not Greek could not compete in the Games, but Greek athletes traveled hundreds of miles, from colonies of the Greek city-states. These colonies were as far away as modern-day Spain, Italy, Libya, Egypt, Ukraine, and Turkey.

After the 2nd century A.D., the Roman empire brought even more competitors to the Olympic Games, but regional differences always gave the Olympics an international flavor.

Promote Your Page Too
Bread Crumbs
A trail of bread crumbs in case you lose your way wandering through this site ... Pagan Calendar > Blog Page > Greek Festivals > Honoring Zeus