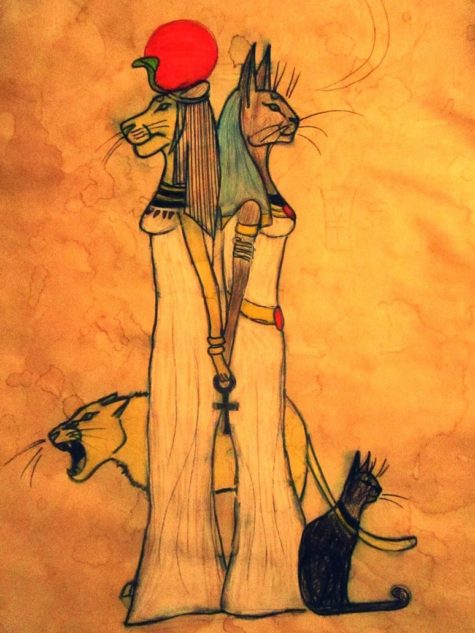 In ancient Egypt, the saving of mankind was commemorated every year on the feast day of Hathor/Sekhmet (Jan 7). Everyone drank beer stained with pomegranate juice and worshiped

“the Mistress and lady of the tomb,
gracious one,
destroyer of rebellion,
mighty one of enchantments“

The dates for this feast day vary widely.  In the book, Festivals of Light, August 7 is given as the Inebriety of Hathor, with a similar description of the festivities.

Promote Your Page Too
Bread Crumbs
A trail of bread crumbs in case you lose your way wandering through this site ... Pagan Calendar > Blog Page > August > Feast of Sekhmet – Egyptian New Year’s Day