Day of Knut the Reaper

Knut the Reaper is possibly the original Grim Reaper, complete with the appearance of a skeleton clad in dark flowing robes wielding a scythe. In Norse mythology he enjoys commemoration on July 10 with the goddesses (Hel or Hela, Holda and Skadi) of the shades and underworlds Helheim and Niflheim. 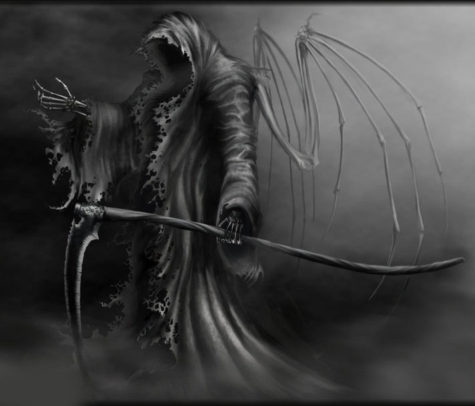 Day of Knut the Reaper (July 10) is a centuries-old festival in which Wickerwork giants are paraded through the city streets of Douai, France to drive away evil spirits. 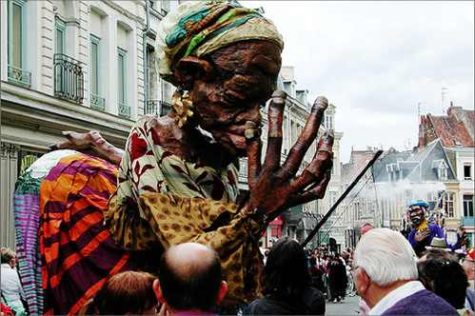 Traditional processions of huge effigies of giants, animals or dragons encompass an original ensemble of festive popular manifestations and ritual representations. These effigies first appeared in urban religious processions at the end of the fourteenth century in many European towns and continue to serve as emblems of identity for certain Belgian (Ath, Brussels, Dendermonde, Mechelen and Mons) and French towns (Cassel, Douai, Pézenas and Tarascon), where they remain living traditions.

The giants and dragons are large-scale models measuring up to nine metres in height and weighing as much as 350 kilos. They represent mythical heroes or animals, contemporary local figures, historical, biblical or legendary characters or trades. St. George fighting the dragon is staged in Mons; Bayard, the horse from the Charlemagne legend, parades in Dendermonde; and Reuze Papa and Reuze Maman, popular family characters, parade at Cassel.

The performances, often mixing secular procession and religious ceremony, vary from town to town, but always follow a precise ritual in which the giants relate to the history, legend or life of the town. 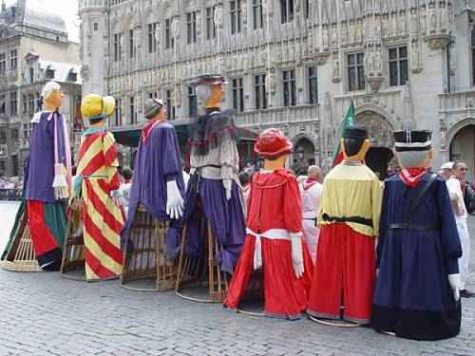 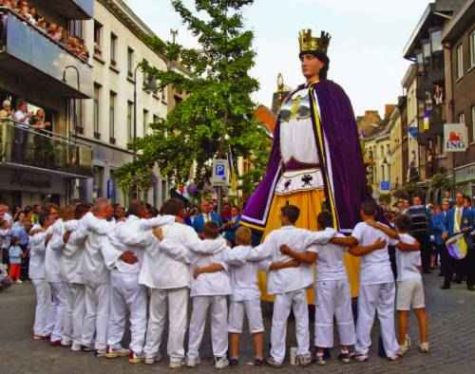 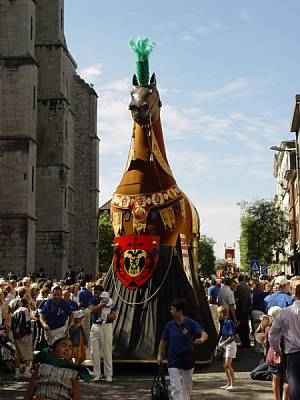 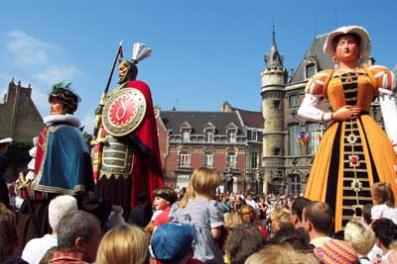 Promote Your Page Too
Bread Crumbs
A trail of bread crumbs in case you lose your way wandering through this site ... Pagan Calendar > Blog Page > July > Day of Knut the Reaper