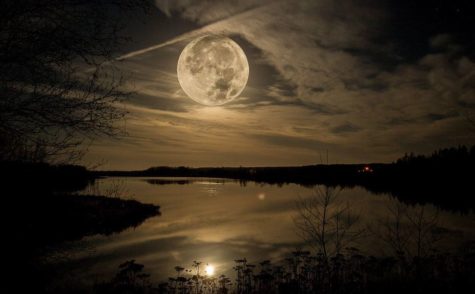 The Mourning Moon is upon us. As the days grow shorter and the sun’s life-giving fires are banked, sometimes it seems so dark we feel the light will never return. This moon, however, is a reminder that death is just a part of the endless cycle of life, death, and rebirth.

It’s also known as the Fog Moon or Snow Moon, depending on where you live. Some Native American tribes referred to it simply as The Moon When Deer Shed Antlers (although in most regions it’s more accurate to say they’re shedding their velvet – a buck doesn’t usually lose antlers until later in the winter, unless you’re very far north).

In the early Celtic society, November was the beginning of the new year, and so it makes sense to use the magic of this moon phase to celebrate new beginnings.

This is a time of washing away the baggage of the past and letting it go. Once you’ve done that, you’ll be able to focus on the joys of the future. During the Mourning Moon phase, say goodbye to bad habits and toxic relationships, and get a fresh start for the new year. Work on developing and strengthening your connection with Spirit.

One Response to The Mourning Moon

Promote Your Page Too
Bread Crumbs
A trail of bread crumbs in case you lose your way wandering through this site ... Pagan Calendar > Blog Page > November > November Skies > The Mourning Moon