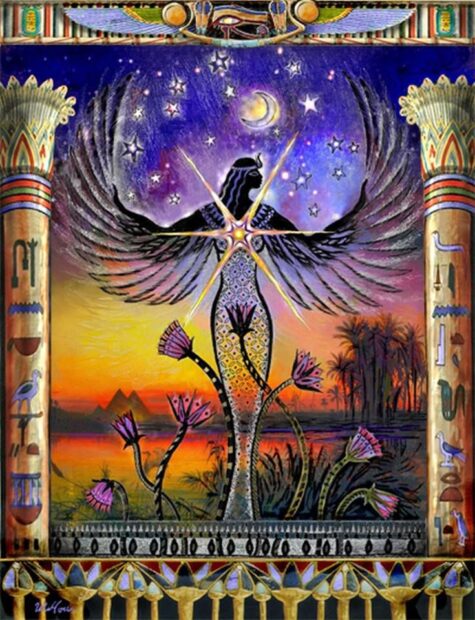 July 19 was a very important date in ancient Egyptian Cosmology. Known as ‘The Opening of the Year,” or the “Sothic New Year,” it was celebrated with a festival known as “The Coming of Sopdet.”

The oldest festival in ancient Egyptian history, the celebration of  The Opening of the New Year began with the rising of Sirius who appeared as the goddess Isis cloaked in robes of brilliant light.

The sky is serene. Sothis lives. She shines, a peaceful flame.
Unas lives eternal as the son of Sothis,
As the child of Isis, as a child of Light,
As Earth is child of the Cosmos.
Unas is pure. She is pure,
As are all the gods whoever lived since the beginning of time
In the worlds above and in the worlds below.
They have been born the Imperishable Stars
Living within the Meshetiu, which shall never die.

Sirius forms a part of the constellation Canis Major, sometimes referred to as the Dog Star. Of all the stars in the sky throughout the year, Sirius shines the brightest. The Greeks called the star Sothis, meaning “The Soul of Isis”. The Egyptians called her Sept or Sopdet, referring to the concept of preparing for the future. The ancient feast day name Per Sopdet may be translated as T”he Coming Forth of the Goddess.”

On this day Sirius, the “Dog Star”, rose together with Sun and announced the annual flooding of Nile River. The lands were watered and a black layer of slime covered them, providing humidity and fertilizer for next year’s harvest: the nation would not suffer of hunger. Thus it was the first year of the mystical Egyptian year, symbolizing transmutation and fertility.

Note: The actual date of this event in ancient Egypt is different than the current date because the date slowly varies within the Gregorian calendar, owing to its omission of three leap years every four centuries. It presently occurs on 3 August.

When Sirius reappeared as the morning star, the altars at the Isis temples of Philae, Karnak, and Dendera opened early. The portals and sanctuaries were aligned so precisely with the heavenly bodies that the predawn starlight of Sirius was projected onto the cult statue of the goddess. Thus began a season of preparation for the coming agricultural year and a celebration of the flood and fecundity of earth.

New Year’s Day in every temple across the land began with the lighting of the wicks for the temple fires. The glowing lamplight symbolized the eternal life of the spirit world and the flame’s earthly burning became a mirrored image of the glittering light of Sothis in the sky.

The lifting of the fires was usually followed by an offering of bread and prayers glorifying the dead, enacted in the northern corner of the temple – the northern region being linked with the souls of the ancestors, the Imperishable Ones who were the circumpolar stars.

When the Opening of the year or Wept Renpet was celebrated, it was also a day to celebrate the traditional birthday of the king and later the Pharoah – no matter the true date of his birth. The New Year’s Feast was an important festival in the life of the Egyptian ruler. It involved his ritually hoeing the ground and breaking the dirt clods in preparation for the sowing that would follow the receding waters.

The water stands and fails not, and the Nile carries a high flood. The days are long, the nights have hours, and the months come aright. The Gods are content and happy of heart, and life is spent in laughter and wonder.

~Prayer from the Sallier Papyrus

The galleries inside the pyramids point to the heavenly position of Sirius on such a day. Sirius was both the most important star of ancient Egyptian astronomy, and one of the Decans. Decans are star groups into which the night sky was divided, with each group appearing for ten days annually. The first night that Sirius is seen, just before dawn (heliacal rising) was noticed every year during July, and the Egyptians used this to mark the start of the New Year.

In fact, the “Sothic Rising” only coincided with the solar year once every 1460 years. The Roman emperor Antoninus Pius had a commemorative coin made to mark their coincidence in AD 139. The Sothic Cycle (the periods between the rising of the star) have been used by archaeologists trying to construct a chronology of Ancient Egypt. 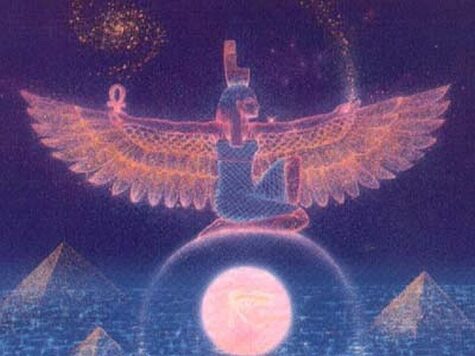 Sirius was named Sothis by Egyptians and from archaic ages it symbolized eternity and fertility. As early as the 1st Dynasty, she was known as ‘the bringer of the new year and the Nile flood. Sopdet took on the aspects of a goddess of not only the star and of the inundation, but of the fertility that came to the land of Egypt with the flood. The flood and the rising of Sirius also marked the ancient Egyptian New Year, and so she also was thought of as a goddess of the New Year.

Not just a goddess of the waters of the inundation, Sopdet had another link with water – she was believed to cleanse the pharaoh in the afterlife. It is interesting to note that the embalming of the dead took seventy days – the same amount of time that Sirius was not seen in the sky, before it’s yearly rising. She was a goddess of fertility to both the living and the dead.

In the Pyramid Texts, she is the goddess who prepares yearly sustenance for the pharaoh, ‘in this her name of “Year”‘. She is also thought to be a guide in the afterlife for the pharaoh, letting him fly into the sky to join the gods, showing him ‘goodly roads’ in the Field of Reeds and helping him become one of the imperishable stars. She was thought to be living on the horizon, encircled by the Duat.

The reigning Egyptian Queen of the Constellations, Sopdet lives in Sirius, guiding the heavens and thereby human destiny. Sopdet is the foundation around which the Egyptian calendar system revolved, Her star’s appearance heralding the beginning of the fertile season. Some scholars believe that the Star card of the Tarot is fashioned after this Goddess and Her attributes.

The long, hot days of summer are known as the ‘Dog Days‘ because they coincide with the rising of the dog star, Sirius. In ancient Egypt this was a welcome time as the Nile rose, bringing enriching water to the land. 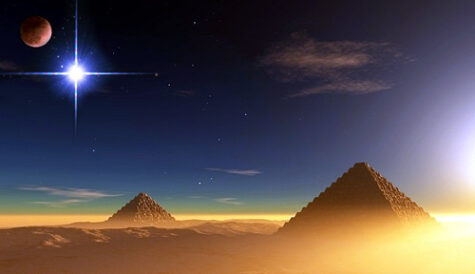 Go outside tonight and see if you can find Sirius. When you spy it, whisper a wish to Sopdet suited to Her attributes and your needs. For example, if you need to be more timely or meet a deadline, she’s the perfect Goddess to keep things on track.

If you’re curious about your destiny, watch that region of the sky and see if any shooting stars appear. If so, this is a message from Sopdet. A star moving on your right side is a positive omen; better days are ahead. Those on the left indicate the need for caution, and those straight ahead mean things will continue on an even keel for now. Nonetheless, seeing any shooting star means Sopdet has received your wish.” 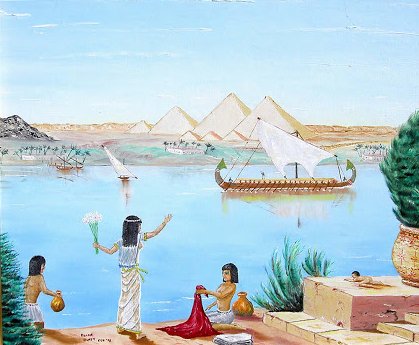 Recall a time in your life when you were starting anew, perhaps after a divorce or when moving into a new home. Perhaps your new life followed the birth of a child or a change in career. Investigate what had to die in your old life in order for the new life to emerge. How did that feel as you stood poised on the brink of change?

Explore what it means to be creative. Think about the most creative times in your life. Where did you live? How different did life seem then from the way it seems now? How was your time structured? What were you thinking, desiring, telling yourself on a daily basis? Can you duplicate any of that in your life now?

Make a list right now of ten things you want to manifest in the next six months. Be specific. Plant three seeds for each thing you want to manifest, then tend to them. Mark each seed with a popsicle stick to indicate what goal you are germinating, so that when you water the plant, you stay focused on what you are nurturing within yourself.

Write a brief prayer to one of the abundance goddesses – Isis, Hathor, or Anket – asking her to guide you and oversee your fecundity. Say your prayer each time you tend your plants.

Promote Your Page Too
Bread Crumbs
A trail of bread crumbs in case you lose your way wandering through this site ... Pagan Calendar > Blog Page > Egyptian Festivities > The Coming Of Sopdet