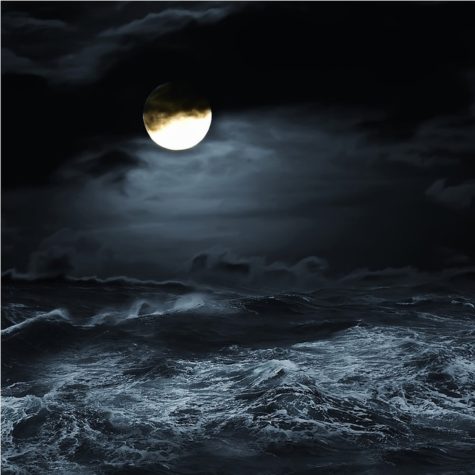 A Storm moon is, according to weather folklore, the moon which occurs in March during shifting weather patterns in the northern hemisphere.

This is the month when Spring finally arrives, around the time of the Equinox, and we see new life begin to spring forth. As the Wheel of the Year turns once more, heavy rains and gray skies abound — the earth is being showered with the life-giving water it needs to have a fertile and healthy growing season. This is also a time of equal parts light and darkness, and so a time of balance.

Use this month for magical workings related to rebirth and regrowth. New life is blooming during this phase of the moon, as is prosperity and fertility.

As the temperature begins to warm and the ground begins to thaw, earthworm casts appear, heralding the return of the robins. The more northern Native American tribes knew this Moon as the Full Crow Moon, when the cawing of crows signaled the end of winter; or the Full Crust Moon, because the snow cover becomes crusted from thawing by day and freezing at night.

The Full Sap Moon, marking the time of tapping maple trees, is another variation. To the settlers, it was also known as the Lenten Moon, and was considered to be the last full Moon of winter.

Promote Your Page Too
Bread Crumbs
A trail of bread crumbs in case you lose your way wandering through this site ... Pagan Calendar > Blog Page > March > March Skies > Storm Moon