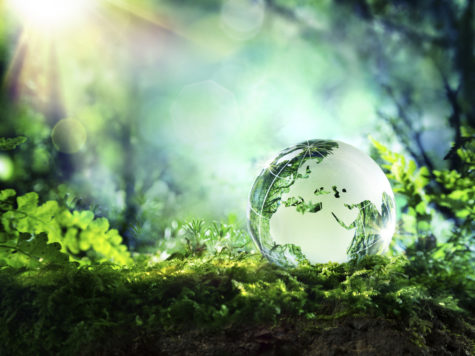 Earth Day is a name used for two similar global observances. While some people celebrate Earth Day around the time of the Vernal Equinox, others observe the occasion on April 22 each year.

Symbols used by people to describe Earth Day include: an image or drawing of planet earth; a tree, a flower or leaves depicting growth; or the recycling symbol. Colors used for Earth Day include natural colors such as green, brown or blue.

This observance arose from an interest in gathering national support for environmental issues. In 1970, San Francisco activist John McConnell and Wisconsin Senator Gaylord Nelson separately asked Americans to join in a grassroots demonstration. McConnell chose the spring equinox (March 21, 1970) and Nelson chose April 22. Millions of people participated, and today Earth Day continues to be widely celebrated with events on both dates.

Promote Your Page Too
Bread Crumbs
A trail of bread crumbs in case you lose your way wandering through this site ... Pagan Calendar > Blog Page > April > Earth Day