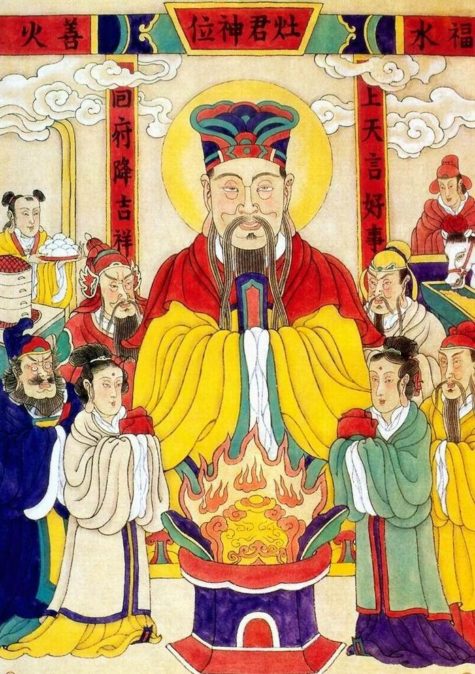 The Xiao Nian Festival (Little New Year) or the Kitchen God Festival occurs approximately a week before the Chinese New Year. The dates vary depending on the region, and from year to year. 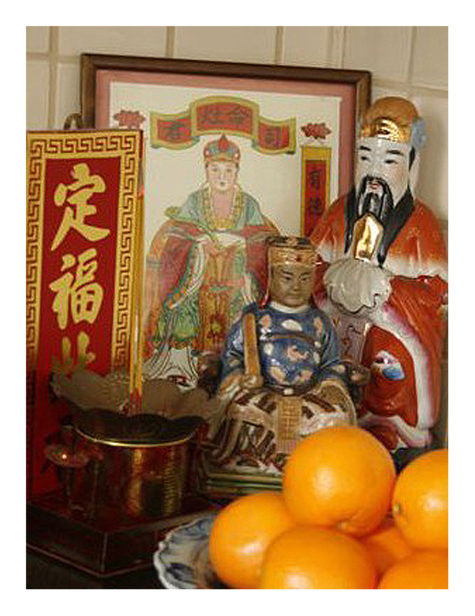 It is believed that just before Chinese New Year, the Kitchen God returns to Heaven to report the activities of every household over the past year to Yu Huang, the Jade Emperor. Once in Heaven, the words of the Kitchen God influences the amount of prosperity and abundance that each family will have bestowed on them in the new year. The Jade Emperor, emperor of the heavens, either rewards or punishes a family based on Zao Jun’s yearly report. 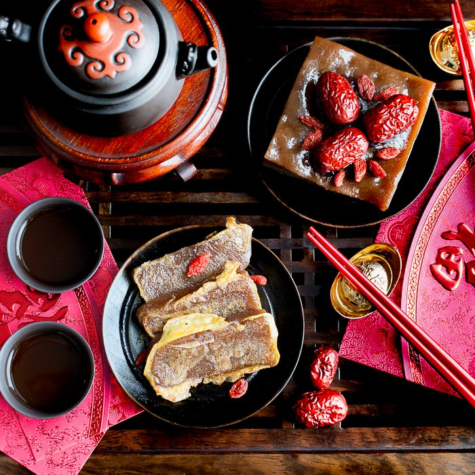 In order to ensure that the Kitchen God speaks sweetly of the family, offerings of incense and bowls of ‘sweet treats’ such as ripe melons, honey, glutinous cakes, and sugar candies are presented for his delight before his image is burned and his journey begins.

Gold and silver ‘ingots’ fashioned from paper are also offered, and little paper-mache sedan chairs are sometimes provided to offer comfort on the journey to Heaven.

On this day, the lips of Zao Jun’s paper effigy are often smeared with honey to sweeten his words to Yu Huang (Jade Emperor), or to keep his lips stuck together. Incense and candles are lit around the house. Sticky sweets are left for the Kitchen God, usually on an alter or shrine. The stickier the candy the better, so the god’s mouth sticks closed and he can’t speak poorly of the family. According to custom, men must leave the sweets. 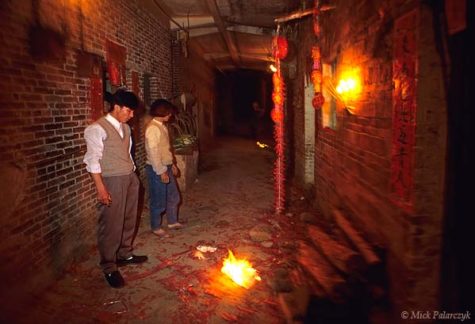 To send the god on his way, his picture is taken outside and the effigy is burned and replaced by a new one on Chinese New Year’s Day. Firecrackers are often lit as well, to speed him on his way to heaven. If the household has a statue or a nameplate of Zao Jun it will be taken down and cleaned on this day for the new year.

In days leading up to the Lunar New Year, people clean their houses, decorate their homes with paper cuttings, couplets and written blessings, and prepare festival food. After the cleaning is done, homes are decorated in red papercuts and posters, and fresh flowers. 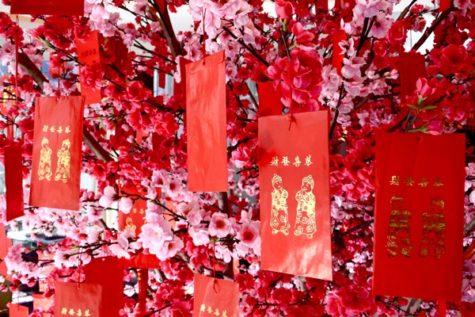 In order to establish a fresh beginning in the New Year, families must be organized both within their family unit, in their home, and around their yard. This custom of a thorough house cleaning and yard cleaning is another popular custom during “Little New Year”. It is believed that in order for ghosts and deities to depart to Heaven, both their homes and “persons” must be cleansed. Lastly, the old decorations are taken down, and there are new posters and decorations put up for the following Spring Festival.

According to traditional Chinese culture, the kitchen god returns from heaven on the eve of Spring Festival, so the sacrifices for the god are served until the day he returns. 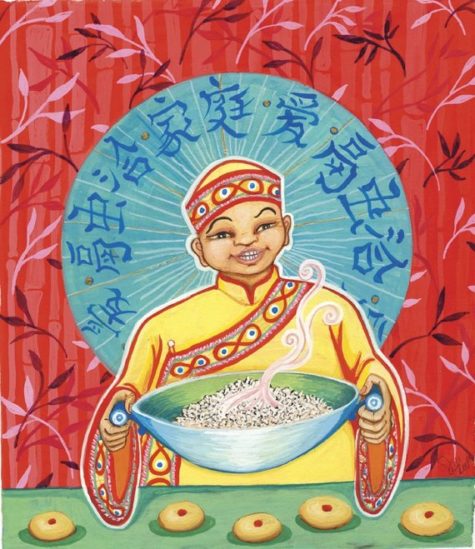 Though there are many stories on how Zao Jun became the Kitchen God, the most popular one dates back to around the 2nd Century BC. Zao Jun was originally a mortal man living on earth whose name was Zhang Lang. He eventually became married to a virtuous woman, but ended up falling in love with a younger woman. He left his wife to be with this younger woman and, as punishment for this adulterous act, the heavens afflicted him with ill-fortune. He became blind, and his young lover abandoned him, leaving him to resort to begging to support himself.

Once, while begging for alms, he happened across the house of his former wife. Being blind, he did not recognize her. Despite his shoddy treatment of her, she took pity on him and invited him in. She cooked him a fabulous meal and tended to him lovingly; he then related his story to her. As he shared his story, Zhang Lang became overwhelmed with self-pity and the pain of his error and began to weep.

Upon hearing him apologize, Zhang’s former wife told him to open his eyes and his vision was restored. Recognizing the wife he had abandoned, Zhang felt such shame that he threw himself into the kitchen hearth, not realizing that it was lit. His former wife attempted to save him, but all she managed to salvage was one of his legs.

The devoted woman then created a shrine to her former husband above the fireplace, which began Zao Jun’s association with the stove in Chinese homes. To this day, a fire poker is sometimes referred to as “Zhang Lang’s Leg”.

Alternatively, there is another tale where Zao Jun was a man so poor he was forced to sell his wife. Years later he unwittingly became a servant in the house of her new husband. Taking pity on him she baked him some cakes into which she had hidden money, but he failed to notice this and sold the cakes for a pittance. When he realized what he had done he took his own life in despair.

In both stories Heaven takes pity on Zhang Lang’s tragic story. Instead of becoming a vampirish hopping corpse, the usual fate of suicides, he was made the god of the Kitchen, and was reunited with his wife.

Another possible story of the “Stove god” is believed to have appeared soon after the invention of the brick stove. The Kitchen God was originally believed to have resided in the stove and only later took on human form.

During the Han Dynasty, it is believed that a poor farmer named Yin Zifang, was surprised by the Kitchen God who appeared on Lunar New Year as he was cooking his breakfast. Yin Zifang decided to sacrifice his only yellow sheep. In doing so, he became rich and decided that every winter he would sacrifice one yellow sheep in order to display his deep gratitude.

Promote Your Page Too
Bread Crumbs
A trail of bread crumbs in case you lose your way wandering through this site ... Pagan Calendar > Blog Page > January > Chinese Kitchen God Festival