Holiday of the Happy Gnomes

The 11th of June is known as the Holiday of the Happy Gnomes. 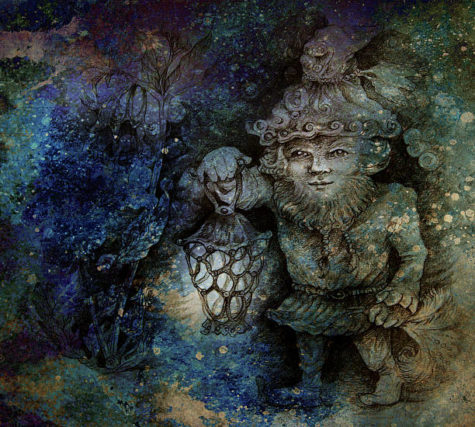 Gnomes are Earth Spirits or Earth Elementals. Paracelsus describes them as being two spans high, reluctant to interact with humanity and able to pass through the Earth as easily as we walk through the air.

They might be ‘reluctant’ because they are lovers of shiny things and guardians of all gemstones, ores and minerals found in the earth – and also treasures which humans have buried in the earth.

Gnomes live in underground caves, so when humans began digging cellars for their homes, these were very attractive to Gnomes. Cellars are where we keep beer, wine and cheese all things which Gnomes soon grew very fond of. But as they like to pay for whatever they might take, if you have a gnome in your beer cellar, you will also be blessed with the best beer in the district.

You can attract a Gnome to your cellar, or thank the spirits that live there, by leaving them out the occasional glass of beer or wine and a nice cheese sandwich. Thus ensuring your spirits continue to be Happy Gnomes.

Promote Your Page Too
Bread Crumbs
A trail of bread crumbs in case you lose your way wandering through this site ... Pagan Calendar > Blog Page > June > Holiday of the Happy Gnomes