A Traditional Wassail Recipe for Yule 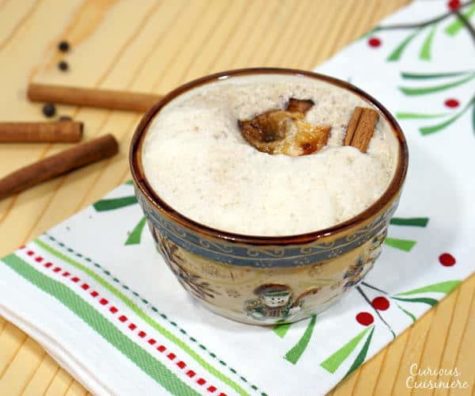 For the Wassail’s Baked Apples:

Core apples and place in an 8 X 8 inch baking pan. Mix sugar and cinnamon, fill apples with mixture, dot tops with butter. Add boiling water and sugar to pan and bake at 375 degrees Fahrenheit for 40 to 60 minutes.

Combine first eight ingredients in a saucepan and boil for 5 minutes. Beat egg whites until stiff. In a separate bowl, beat egg yolks. Fold whites into yolks. Strain spice mixture into egg mixture and stir. Combine sherry and brandy and bring almost to a boil. Gradually add liquor to spice and egg mixture, stirring rapidly as you do so.

Before serving, add baked apples to foaming liquid. Serve in a large cauldron.

Source: A Year of Holidays in the Pagan Tradition