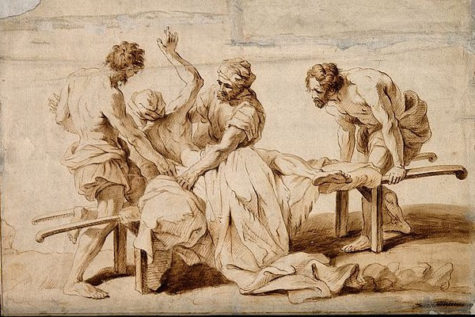 The following remedy for Epilepsy was published in Lancaster (Pa.) papers, in the year 1828.

We ourselves know of many unfortunate beings who are afflicted with epilepsy, yet how many more may be in the country who have perhaps already spent their fortunes in seeking aid in this disease, without gaining relief. We have now been informed of a remedy which is said to be infallible, and which has been adopted by the most distinguished physicians in Europe, and has so well stood the test of repeated trials that it is now generally applied in Europe.

It directs a bedroom for the sick person to be fitted up over the cow-stable, where the patient must sleep at night, and should spend the greater part of his time during the day in it. This is easily done by building a regular room over the stable. Then care is to be taken to leave an opening in the ceiling of the stable, in such a manner that the evaporation from the same can pass into the room, while, at the same time, the cow may inhale the perspiration of the sick person.

In this way the animal will gradually attract the whole disease, and be affected with arthritic attacks, and when the patient has entirely lost them the cow will fall dead to the ground. The stable must not be cleaned during the operation, though fresh straw or bay may be put in; and of course, the milk of the cow, as long as she gives any, must be thrown away as useless.