Salves To Heal Up Wounds 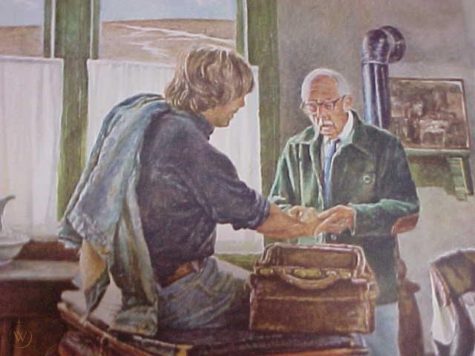 From Pow-Wows, or Long Lost Friend, by John George Hoffman we have these three recipes for a salve to heal up wounds:

Take tobacco, green or dry; if green a good handful, if dry, two ounces; together with this take a good handful of elder leaves, fry them well in butter, press it through a cloth, and you may. use it in a salve. This will heal up a wound in a short time.

Or go to a white oak tree that stands pretty well isolated, and scrape off the rough bark from the eastern side of the tree; then cut off the inner bark, break it into small pieces, and boil it until all the strength is drawn out; strain it through a piece of linen, and boil it again, until it becomes as thick as tar; then take out as much as you need, and put to it an equal proportion of sheep-tallow, rosin and wax, and work them together until they form a salve. This salve you put on a piece of linen, very thinly spread, and lay it on the wound, renewing it occasionally till the wound is healed up.

Or take a handful of parsley, pound it fine, and work it to a salve with an equal proportion of fresh butter. This salve prevents mortification and heals very fast.