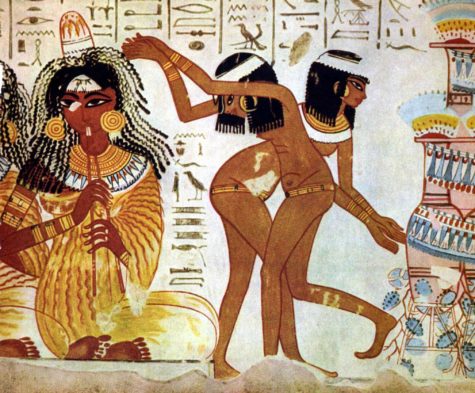 According to many pagan calendars, April 15 was the annual festival of Bast. This was Egypt’s most popular festival. A precursor of modern Mardi Gras, it was renowned for parties, revelry, and drunkenness. Herodotus, the Greek traveler and historian writing in the fifth century BCE, claimed that more wine was consumed in Egypt during this festival than during the entire rest of the year. Although many details are lost, Bastet’s festival celebrated female sexuality and generative power.

Boats sailed up the Nile toward Bubastis (her cult city). As each barge approached towns and settlements, it would halt and the mainly female celebrants on board would loudly hail local women congregating on the riverbanks. They would shout sexual obscenities to each other, dance wildly, and perform anasuromai, the ritual act of lifting up the skirts to expose the vulva, associated with laughter, healing, and defiance of grief.

For a socially acceptable way to celebrate:

Altar: Upon a cloth the color of clay, set ten lit candles of pink and yellow, and the figures of many cats. In the center should sit a figure of Bast, and a sistrum. The one who has been chosen to do the work of the ritual should pick up the sistrum before the invocation, with an obeisance to Bast, and it should be shaken after every sentence. 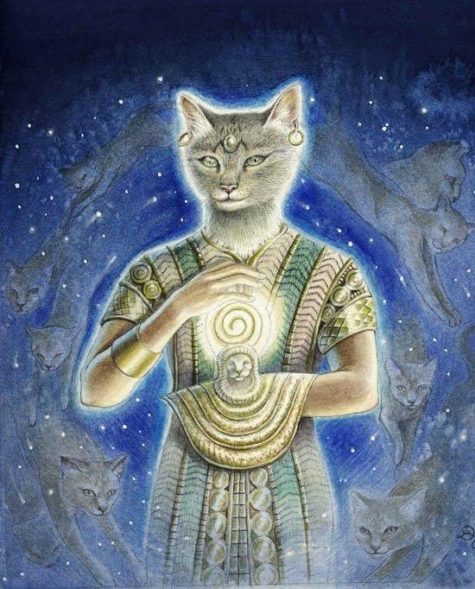 O great Mistress of Cats,
Lady of pleasure in ancient times,
Your eyes sparkle with mischief
And you grant your favors capriciously,
Giving them only where the whim takes you.

Yet we who inhabit this strange world,
Below you yet in power over all your subjects,
We would ask your blessing on us
As we give our blessing to those who are in our mercy.

May we never forget, Lady of tame predators,
Who are not so tame as we might like to believe,
That when we are in a position of power
We should never forget the spirit of those beneath us.

Bless us with joy in life, Lady Bast,
And may we go to our graves
Never forgetting what it is like to play.

For the rest of the afternoon, work should be done at an animal shelter, or spent playing with cats, which on this day alone is not shirking the work. Some folk of the House may choose to be cats themselves for this day; they need do no work, and it is lucky to pet them, but they must not stand on two legs or the spell will be broken. During this time, they must meditate on what it is to be in the strange predicament of the tamed predator who is dependent on the whims of humans 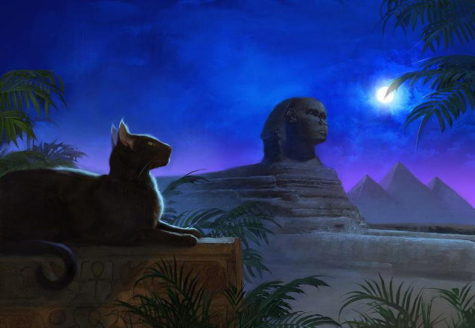 On August 17, Cat Nights Begin, harking back to a rather obscure Irish legend concerning witches; this bit of folklore also led to the idea that a cat has nine lives.

The term Cat Nights refers to a rather obscure old Irish legend concerning witches and the belief that a witch could turn herself into a cat eight times, but on the ninth time (August 17), she couldn’t regain her human form, thus remaining a cat forever.

This bit of folklore also gives us the saying, “A cat has nine lives.”

Because August is a yowly time for cats, this may have prompted the speculation about witches on the prowl in the first place.

Here’s a poem in honor of Cat Nights: 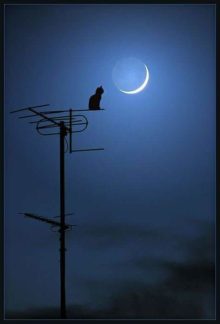 By old Irish lore
on the 17th of August
more cats are among us
than ever before.

It is said that witches
can turn into a cat.
But no more than eight switches
as a matter of fact.

On the ninth switch
they cannot regain
their life as a witch.
A cat they must remain.

Then you will know
as lore was told over time
that cats will show
lives as many as nine.

Found at: The Old Farmer’s Almanac 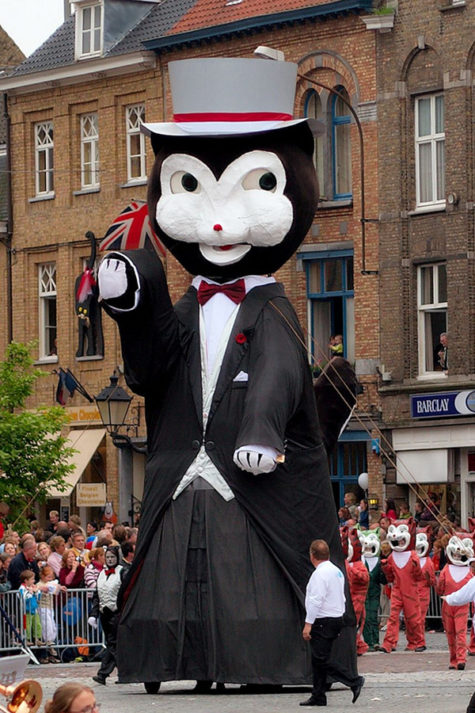 The Kattenstoet, Festival of the Cats, is a parade in Ypres, Belgium, devoted to the cat. It is held every third year on the second Sunday of May. Most recently, the 44th edition took place on May 10, 2015, with the 45th expecting to take place on May 13, 2018. 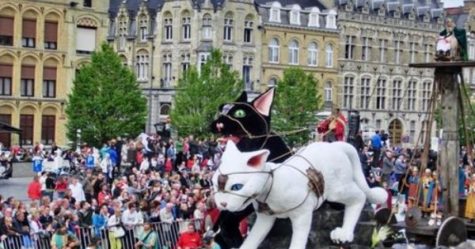 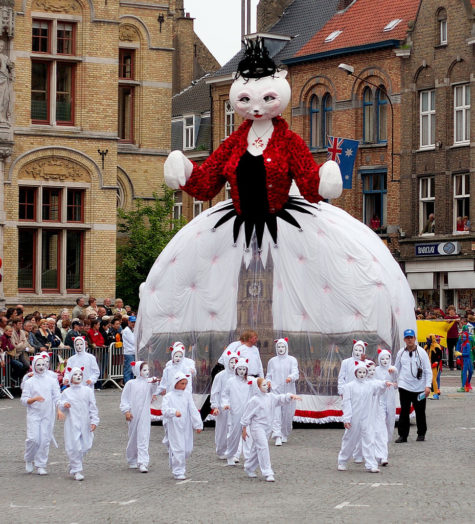 The parade commemorates an Ypres tradition from the Middle Ages in which cats were thrown from the belfry tower of the Cloth Hall to the town square below. Symbolically reviving this practice for the parade festivities, a jester tosses plush cats from the Cloth Hall belfry down to the crowd, which awaits with outstretched arms to catch one. The throwing of the cats from the belfry is followed by a mock witch burning.

Participants in the festivities often dress as cats, witches, or townspeople from ages past. 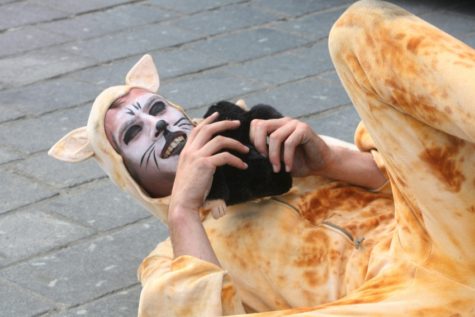 There are various legends about how the throwing of cats originated. One possibility is that cats were connected to witchcraft, and the throwing of the cats symbolized the killing of evil spirits.

Another story suggests that the cats were brought in to the Cloth Hall (Lakenhall) to control vermin. Before modern heating and storage methods, when it got cold the wool was stored in the upper floors of the Cloth Hall. At the start of the spring warm-up after the wool had been sold the cats were tossed out of the belfry.

Posted in May | Tagged Belgium, Cats, Parades | Leave a comment
Come fairies, take me out of this dull world...

Promote Your Page Too
Bread Crumbs
A trail of bread crumbs in case you lose your way wandering through this site ... Pagan Calendar > Blog Page > Cats