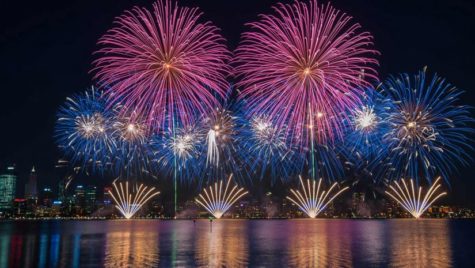 Victoria Day, also known as May Two-Four, May Long, and May Long Weekend, is a Canadian holiday on the Monday preceding May 25. (In 2019, this falls on May 20).

In some cities, fireworks displays or parades are held to mark Victoria Day. One of the most notable parades is held in the city of Victoria, British Columbia, which was named after Queen Victoria. Many people gather in parks to enjoy fireworks displays, which are particularly impressive in Hamilton and Toronto.

For many people, the long Victoria Day weekend marks the end of the winter and the unofficial start of the spring or summer season. After this weekend, gardeners can be reasonably sure that there will be no more frost until the autumn so they can sow or plant out delicate crops and plants.

For the same reason, people with recreational homes in colder parts of the country often go to them to open them up for the summer. In addition, many amusement parks and outdoor attractions open for their summer season this weekend. Notably, stores on Prince Edward Island are permitted to open on Sunday only between Victoria Day and Christmas Day. 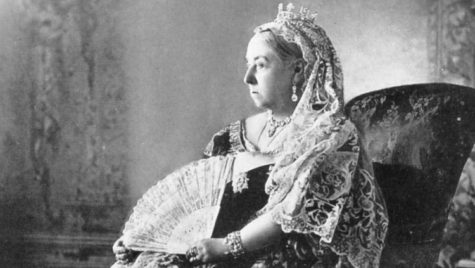 The History of Victoria Day

Queen Victoria was born on May 24, 1819. Following the death of 3 uncles and her father, she became Queen of the United Kingdom on June 20, 1837 and reigned until her death on January 22, 1901. During Victoria’s life, the British Empire expanded considerably. However, her powers as Queen of the United Kingdom were reduced as the House of Commons became more important and powerful in British politics.

The monarch’s birthday has been celebrated in Canada since before the beginning of Queen Victoria’s reign. After her death, in 1901, May 25 became known as Empire Day. The sovereign’s official birthday was still celebrated, often on the King’s or Queen’s actual birthday. In 1952, Empire Day was moved to the Monday before May 25 and since 1953, the official birthday of Queen Elizabeth II has been celebrated on this date in Canada. In 1958, Empire Day became known as Commonwealth Day, which was moved to the second Monday in March. The Monday before May 25 then became known as Victoria Day, which is a Canadian statutory holiday. 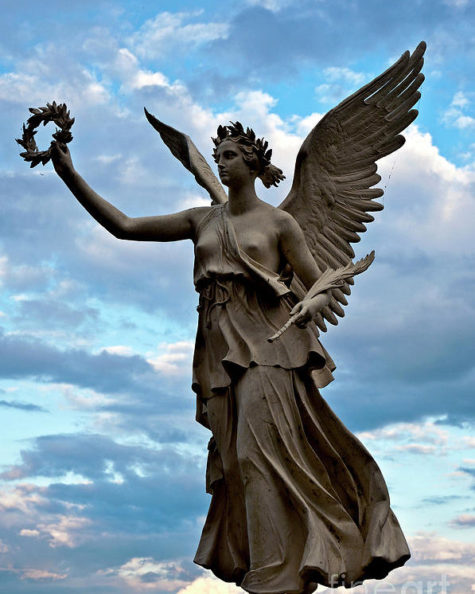 Victoria, as her name implies is the Roman goddess of attainment. Early in the year she inspires resolve within us to do everything we undertake, with excellence as a goal. In works of art, Victoria is often depicted with wings that allow her to surmount any obstacle or problem.

Drink a tea made from lemon balm, ginger, and a pinch of cinnamon to generate a successful attitude. Remember, if you think you can, you can!

Put a bay leaf (a form of laurel) in your shoe so that Victoria’s triumphant energy can walk with you all day long. Later in the day, burn a few bay leaves on a fire source to fill your home with success. Alternative aromas that invoke Victoria’s favor are rose and red sandalwood.

To make a victory charm, find a feather (or cut paper in the shape of a feather) and empower it with this incantation:

With the wings of Victoria, I will rise
above all areas where trouble lies
Through diligence and mastery I will see
today begins my victory!

Carry this token anytime you feel your confidence waning, or when you need a boost to get over any seemingly insurmountable obstacle. 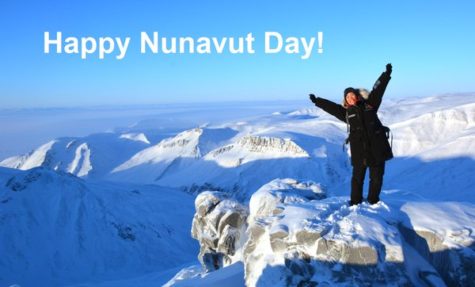 Celebrated by the residents of Nunavut, Canada, on July 9 each year, Nunavut is a time to honor the efforts of those who helped to bring this territory into being. For many years, the Inuit had worked toward forming their own territory. On July 9, 1993, the Nunavut Land Claims Agreement Act took effect, and Nunavut was established on April 1, 1999. Nunavut Day was declared an official government holiday in 2001.

The day is traditionally celebrated with live music, barbecues, the wearing of traditional dress, traditional foods are served, and the community sponsors activities such as concerts, craft fairs, and contests, including seal skinning and duck plucking. 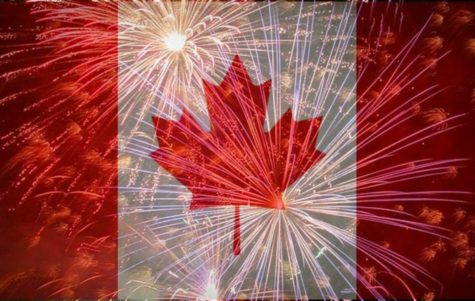 July 1st is Canada Day, a holiday that marks Canada’s independence from Great Britain which took place in 1982.

There is no standard mode of celebration for Canada Day; Jennifer Welsh, a professor of International Relations at the University of Oxford, said about this: “Canada Day, like the country, is endlessly decentralized. There doesn’t seem to be a central recipe for how to celebrate it—chalk it up to the nature of the federation.

Most communities across the country will host organized celebrations for Canada Day, typically outdoor public events, such as parades, carnivals, festivals, barbecues, air and maritime shows, fireworks, and free musical concerts, as well as citizenship ceremonies.

However, the locus of the celebrations is the national capital, Ottawa, Ontario, where large concerts and cultural displays are held on Parliament Hill, with the governor general and prime minister typically officiating, though the monarch or another member of the Royal Family may also attend or take the governor general’s place. 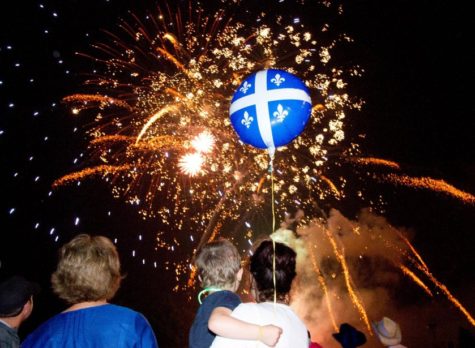 The  Fête de la Saint-Jean-Baptiste, held annually on June 24, is the feast day of St John the Baptist, a Jewish preacher who according to the Christian tradition, baptized Jesus in the River Jordan. It is a day of celebration in Quebec and other areas of French Canada. The feast day of Saint John the Baptist or Midsummer was a very popular event in the Ancien Régime of France, and it is still celebrated as a religious feast day in several countries, like Denmark, Norway, Sweden, Finland, Estonia, Spain, Latvia and Lithuania.

Other names for this holiday include the following:

The flag of Quebec and the fleurs-de-lis are widespread symbols of Saint Jean Baptiste Day. Many people choose to wear blue or white clothing to the celebrations. The fleurs-de-lis represents the flower of an iris or a lily. The fleurs-de-lis is also associated with the Virgin Mary and her purity. It was a symbol of French speaking people and their kings after King Clovis I converted to Christianity in the year 493. It was taken from the papal seal or coat-of-arms when the king converted, to symbolize the strength and significance of the French nation in its union with the Papal state. Quebec’s flag is one-and-a half times as wide as it is high and has a blue background. The background is divided into four rectangles by a cross and each of the four rectangles contains a single white fleurs-de-lis.

Various events are organized on Saint Jean Baptiste Day. These range from large scale public celebrations, such as rock and jazz concerts, sports tournaments, parades and firework displays, to small family or neighborhood happenings, such as yard sales, picnics, barbecues, bonfires and children’s entertainment. Many church bells ring in celebration and public dances and fun fairs are held. Some events may be held on the evening of June 23 and many are broadcast live on television, radio or on the Internet. The celebrations are coordinated by the Mouvement national des Québécoises et des Québécois.

Saint Jean Baptiste Day is a public holiday in the Canadian province of Quebec. Post offices and many stores are closed. Public transport services run to a reduced schedule in some places or may not run at all in other areas, such as the province’s rural regions. If June 24 falls on a Sunday, the same day is a paid day off for those who work on Sunday. June 25 becomes a paid day off for workers who do not ordinarily work on Sunday.

In ancient times, the summer solstice was honored around June 21. Midsummer festivals, such as those linked with the June solstice, were held in Europe for thousands of years. In the fifth century, Christianity spread through France. When people converted to Christianity, elements of these festivals were combined with feast days for Christian saints. June 24 – the feast day of St John was substituted for the pagan Midsummer celebrations. Traditionally, bonfires would be lit on the eve of June 24 in order to honor the saint.

In France, the celebrations around the feast day of Saint John the Baptist were widely enjoyed and French colonists introduced these traditions to North America. 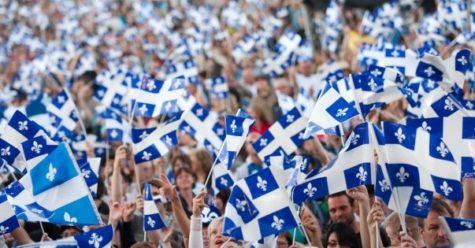 The celebrations were supported by the Catholic Church and were primarily religious around that time. The lighting of bonfires, a traditional custom on the Nativity of Saint John which ultimately reached back to pre-Christian Midsummer celebrations were still lit at night. In addition, the first Saint-Jean-Baptiste parades were organized. They became an important tradition over time. The procession of allegorical floats was introduced in 1874.

During and after World War I, Saint Jean Baptiste Day was barely celebrated, but in 1925 Saint Jean Baptiste Day became a provincial holiday in Quebec. After a period in the 1960s, when the structure of society in Quebec changed greatly, this holiday became very political. During the Quiet Revolution, the event took a political turn, with many riots and protests taking place.

However, in 1977 Saint Jean Baptiste Day was recognized as the ‘national’ holiday of Quebec and the mood of the celebrations gradually moved towards that of the secular celebrations in modern times.

By making it a statutory holiday, the day became a holiday for all Quebecers rather than only those of French-Canadian or Catholic origins. Celebrations were gradually secularized. While the religious significance of the civic celebration is gone, the day remains popularly called la St-Jean-Baptiste or simply la St-Jean and is still observed in churches. 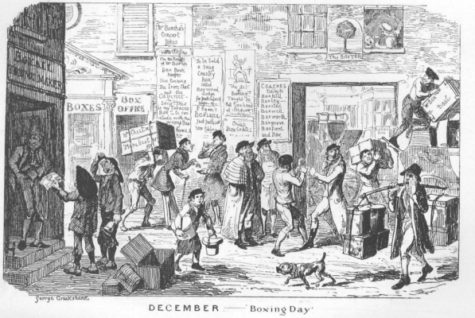 This holiday, celebrated on Dec 26,  derives from the Old English custom of giving Christmas “boxes” to tradesmen, postmen, and servants. The original boxes were usually made of earthenware and contained money, which could be retrieved only by breaking the boxes open. These days, a gift of money is usually contained in a greeting card and given before the holiday. Where celebrated (Great Britain, Canada, and Australia), Boxing Day is welcomed as a quiet day of recuperation from the season’s hectic festivities. It is also the biggest day of the year for soccer playoffs. 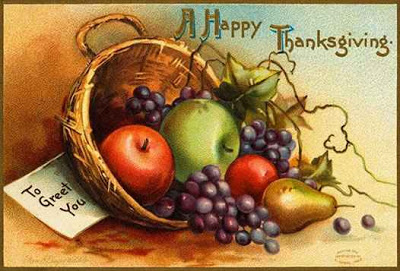 This is the perfect time of year for everyone around the world to be thankful for what they’ve been given.

Then… think about what you DO have:

Think for a moment how lucky you are to be alive… even if it’s not always easy. 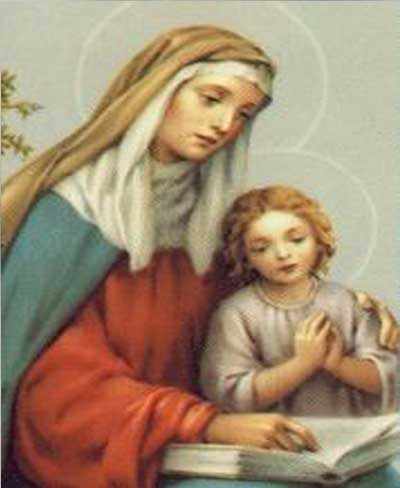 July 26, is the Feast of St. Anne, Mother of Mary and grandmother of Jesus.

Shellfish and lobster are served in France for their Saint Anne’s Day, July 26th. The most celebrated sight of St. Anne feast day is the annual ten day Saint Ann’s Solemn Novena made at Saint Ann’s Monastery Church at the Shrine of St. Ann de Beaupre in Quebec, Canada. The ten day novena begins on July 16 ends on July 26th, the feast of St Ann.

If you fall into the above categories, this might be a good day to say some prayers to Saint Anne. The series of prayers for the novena can be found here.

Promote Your Page Too
Bread Crumbs
A trail of bread crumbs in case you lose your way wandering through this site ... Pagan Calendar > Blog Page > Canada