The Solar Eclipse and Magick 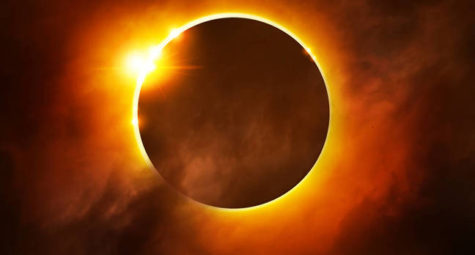 Throughout the year, the sun waxes and wanes. At the Winter Solstice, the shortest day of the year, the sun is only visible for a few short hours. Days become longer and at the Spring or Vernal Equinox, day and night are equal. At the Summer Solstice, the sun is visible for the longest period of time (the longest day of the year). Days start to become shorter and at the Autumnal Equinox, day and night are equal again. Finally, as the sun wanes, we are at the Winter Solstice again.

During a solar eclipse, we experience what might be called a “micro year”. The sun is whole, then partially or completely hidden, and then visible again. Within just a few minutes, an energy similar to a complete cycle of solstices and equinoxes can be felt.

In addition to this somewhat seasonal energy, we are aware of the Moon’s presence. Her shadow falls across the Earth as she appears between the Earth and the Sun. This adds the unification of solar and lunar energy, reinforcing the sense of wholeness, completion and cycles of a solar eclipse.

Consider this fact about solar eclipses: A solar eclipse can only occur during the day, on a new moon. This means that you are working with new moon energy (great for getting rid of things and letting go).

A solar eclipse does not have to be visible for you to work magic. You won’t be able to see every eclipse unless you can travel all over the world easily! Simply look at charts and almanacs to find the exact time of the eclipse, and work your magic then.

Solar eclipses are perfect for some specific types of magick. Consider the solar eclipse of June 10/11, 2002. Because this eclipse was close to the Solstice, the energy of the Solstice dominated the beginning of the eclipse.

When an equinox occurs at the time of the waning year (from the Summer Solstice to Yule) it is a good time to rid yourself of unwanted energies, bad habits, unhealthy patterns of thinking and acting, negativity, and other baneful things in your life. You can work with both the new moon energy, and the waning year energy, in addition to the energy of the eclipse.

Your ex-lover caused you a lot of pain. Whenever your new love gets close to you, you push away to prevent getting hurt again. You realize that you cannot fully love this new person until you let your guard down. About a half hour before the eclipse begins, you work to let go of the old pattern of pushing away. As the eclipse begins, you feel the pattern dissolving. As the eclipse is ending, you reinforce the growth between you and your new love, and the growing trust within you. This waning/waxing type of magic works well with eclipses. 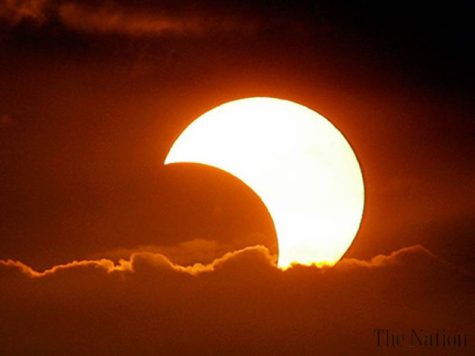 A Solar Eclipse occurs in nature as a phenomenon when the Moon enters between the Sun and the Earth therefore blocking (or better thinking as filtrating) the light of the Sun. In astrology a Solar Eclipse is a very powerful New Moon, while every month has a new Moon, a solar eclipse occurs approximately every six months.

A Solar Eclipse can be seen as a very powerful New Moon where important beginnings or endings occur, it is the perfect time to work magic in your life especially related with previous thoughts and ideas that were holding you back.

You can imagine how a solar eclipse works by imagining the following narrative:

Imagine yourself as a caterpillar that has willingly entered in its cocoon of contemplation. You remember your old self, the thoughts you made and the actions that these thoughts have led you to take. You have all the ideas about yourself who you want to be and what you want to do with your future. All these ideas and thoughts-the past, present and future- coexist during this stage.

The solar eclipse will give you the power when you are ready to break this cocoon and will give you the boost to completely transform into a new form, the butterfly. Hence, the Solar Eclipse is the perfect timing for a Metamorphosis, transcendence to a new state of being. Cutting down all the restraints that were bounding you to the ground and give you the breeze to flip your wings and fly and explore the world with a new set of wise eyes.

A Solar eclipse is often described in alchemic and occult texts as the Alchemical Wedding where the Sun marries the Moon, a perfect balance.

The solar eclipse is the symbol of the Dark Lord, also called the Lord of Shadows, the Leader of the Wild Hunt, Hades, Pluto and the death and resurrection aspects of Cernunnos, Dionysus — and, on a cosmic level, Shiva, among others. The Christian comparison is the portion of the crucifixion of Jesus when he descends into hell then resurrects. As such, the solar eclipse (the Bible story of the crucifixion states the sun darkened at 9.00 am) is a time for ritual observances that link the practitioner with the death passage portion of the cycle of life.

This is an opportunity to connect with the Shadowlands or the Underworld and to face one’s own fears and uncertainties about death. By confronting death through meditation, the face of Death is unmasked. The face one sees may initially be grotesque and horrible, but once the beholder accepts that this is also the face of the giver of life’s energy, that face changes and is beautiful to behold. This is the significance of focusing on the passage. By facing our fears, we gain insight and freedom — death is no longer to be feared.

Once a person is no longer fearful of death or the Underworld, the solar eclipse becomes a good time to honor ancestors, visit with the spirits of the departed, charge Craft tools of dark power magics and honor the Dark Powers.

The eclipse does not last long, so lengthy ceremonies would not be in order unless you create one that begins prior to the eclipse and encompasses the eclipse. Instead, if you are feeling connected, you may simply want to light some incense and a candle and invite some departed to visit with you for just a little while so you can ask for guidance, tell the person you love him/her, offer forgiveness or ask for it as the case may be, or use the time to celebrate your union with the Crone and the Dark Lord. It is also a good time to end anger and hostility, so that when the Sun reappears the Light will shine within you as well upon the Earth.

Posted in Almanac Events | Tagged Alchemy, Eclipse, Out With The Old, Sun | Leave a comment
Come fairies, take me out of this dull world...

Promote Your Page Too
Bread Crumbs
A trail of bread crumbs in case you lose your way wandering through this site ... Pagan Calendar > Blog Page > Alchemy