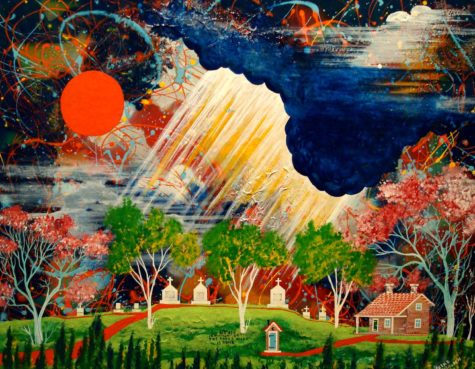 When we consider the month of October and Halloween, our modern take on the Holiday is largely fun and commercially driven, celebrated with spooky costumes and all our favorite Halloween treats. However, this time of year wasn’t always celebrated with ‘trick-or-treating’. Instead, many cultures focus on the celebrations honoring those that came before us.

As we head into the Halloween season, the veil that exists between our world and that of the spiritual will has started to thin out. On Halloween night, also known as All Hallows Eve, it is said that this veil drops, allowing those in the spiritual world to move freely among us. Now, this may sound concerning, to say the least, but don’t get too worried yet. Much like us here on in this life, the spiritual world is filled with both good and not so good spirits. While there are sure to be some mischievous beings trying to bring mischief and chaos into our lives, it is believed that we will also be visited by our deceased loved ones. 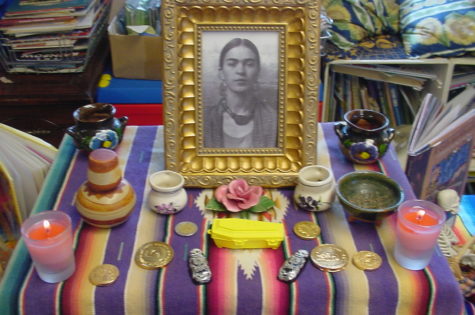 The concept of the dead moving among us is the underlying concept behind the Day of the Dead or Dia de los Muertos. Often known as a holiday celebrated in Mexico, records show that these traditions can be dated back as far as the Aztecs. Spanning two days, the holiday specifically focuses on honoring our deceased loved ones, through the use of parties, parades, feasts and other celebrations. Many who celebrate also done colorful costumes and skull makeup, also known as sugar skulls, a symbol that has come to be highly recognizable in today’s pop culture.

All Saints’ Day and All Souls’ Day are also similar to Day of the Dead. These are celebrations embraced by Western Christianity, in which the souls of faithful Christians who have paced are honored with the placing of flowers or candles at their grave sites, and church services discussing their memory. During this time, Christians also pay tribute to the martyrs and saints. 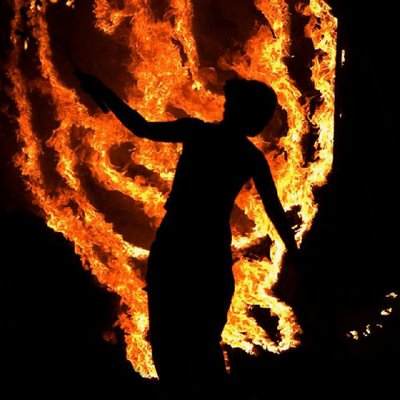 Also known as ‘Summers End’, Samhain is the Pagan holiday celebrated at this time. While this holiday is largely associated with the celebrations of the ancient Celts, many Pagans, Wiccans and Druids will celebrate Samhain around the globe. The holiday marks the end of the harvest season and beginning of winter, however, it also includes a number of celebrations including bonfires and feasts, honoring those that came before them.

Are You Looking For Ways To Honor Your Deceased Loved Ones During This Time? Here Are A Few Ideas: 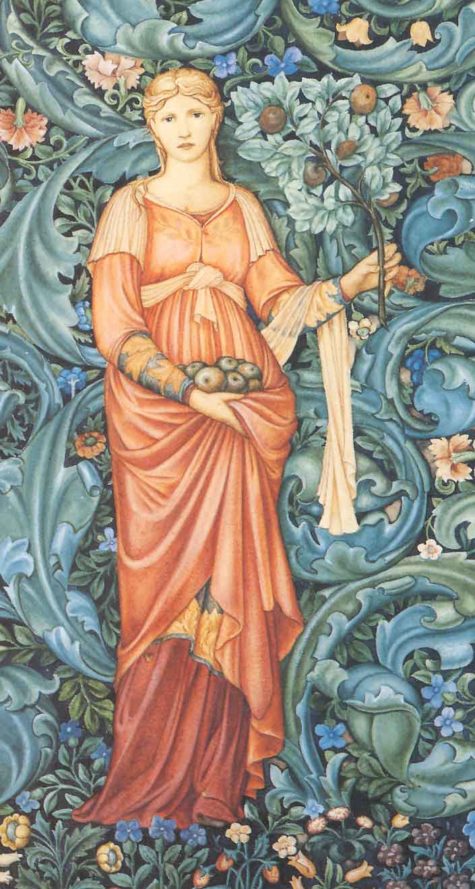 Pomona’s Day of Honoring is often cited as November 1, making it a close match to the Celtic holiday Samhain. But sometimes it’s cited as August 13. Taken together, those days bracket the apple season. The earliest dessert apples begin to ripen in late summer, while the last storage apples finish in late autumn.

Even before the Romans added Pomona to the Samhain festivities, the Celts traditionally roasted apples and nuts in the bonfires. Pomona’s associations strengthened the role and symbolism of this fruit in connection with the holiday. This may be the origin of the modern custom of “bobbing for apples.”

To do on Pomona’s Day:

Trees set out during the autumn planting season have a chance for extra root growth before they leaf out in the spring. Invoking Pomona’s blessing for her favorite type of tree will help your apple sapling grow big and strong. 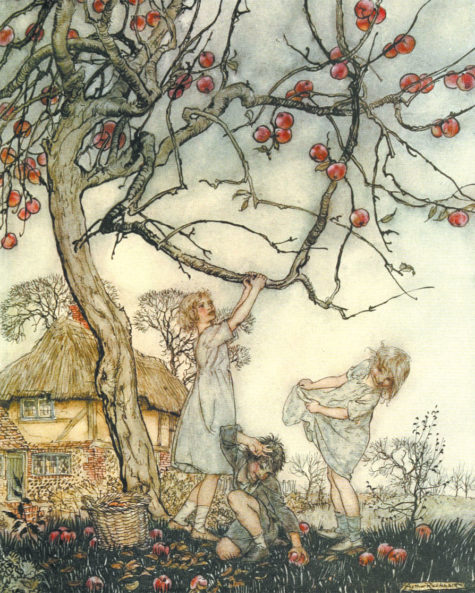 This is especially helpful for grafted trees, which are a little more fragile than self-rooted trees and can use a boost from the goddess of grafting.

Do divination or other magic with fruits and nuts. The seeds, peels, and flesh of fruiting plants are useful in many types of divination and spellcraft. At this time of year, the veil between worlds is thin, making divination easier and more effective.

Divination with apples includes such things as cutting the peel from an apple all in one strip and tossing it to reveal the initials of one’s future spouce, placing apple seeds on the coals to see if they lie quietly (fortelling a happy relationship) or fly apart (foretelling heartbreak), and cutting an apple in front of a mirror to scry one’s beloved.

Another set of practices draws on the apple’s qualities as a magickal fruit with power over the otherworld. These rituals deal with death and banishing. An apple may be cut in half and buried to cure a disease, settle a quarrel, or break a bad habit. Apples are also sometimes thrown to drive away evil spirits, or left out to feed the spirits of the dead so they do not trouble the living.

Here is a nice little ceremony to honor Pomona on her day: 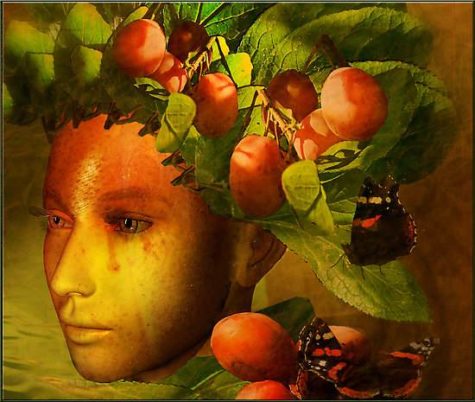 Lady of the Apple Tree
Whose red-cheeked visage greets the dawn,
Lady of the Pear Tree
Whose sweetness salves the questing tongue,
Lady of the Peach Tree
Whose blush transforms the morning sky,
Lady of the Plum Tree
Whose scent entices, smooth and smiling,
Lady of the Cherry Tree
Whose scarlet lips are drenched in raindrops.
Lady of the blossoming branch
Who entices bees to dance with you,
Lady of the secret orchard
Where Vertumnus gained his entry,
Where he came in secret, clothed in
Vestments of the ancient Crone,
God of growth, god of seasons,
God of turning, he took you there
As you offered up your nectar
And all the trees above you burst their buds.
Lady of the ancient ones, the Trees
Who give forth their children one by one
That we may know not just mere survival
But sweetness as well, help us to remember
The beauty and abundance of your gifts. 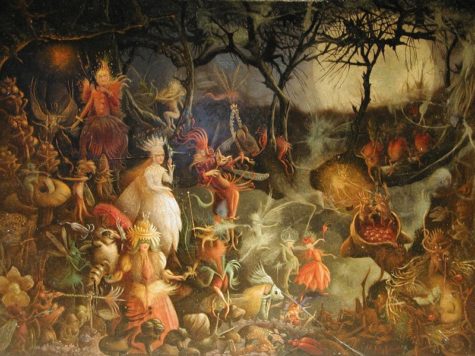 The celebrations on the eve of All Souls Day, called Halloween, (October 31), stem from the Celtic New Year celebration called Samhain. When the Sun goes down on this eve, there is a time between the old year and the creation of the new. Specifically, this occurs at sunrise.

In this twilight of the years, the veil between this world and the world of the spirit is thin. It is a time when ghosts and spirits can interact with the living, and a time when divination is most effective. This is a sacred time when all warriors were to keep their swords sheathed.

Samhain literally means “end of the summer.” This day marked the last harvest of the summer, and so it is a harvest celebration. But, because there were only three months in the ancient Celtic calendar, and no autumn, it is also the beginning of the winter death that will lead to next year’s regeneration.

Ancient Celts believed that at Samhain, the veil between the worlds of the living and the dead was extremely thin, allowing the dead to cross over into the world of the living. Sometimes they appeared as apparitions and sometimes in the form of animals, most particularly black cats. The living lit bonfires and dressed in costumes to confuse the spirits and keep them from re-entering the world. On this night, the lord of death reigns, and the Celts protect themselves from this threat with bonfires and animal sacrifice. Animal sacrifice is closely associated with divination.

In most ancient cultures, the remains of the sacrificed animal were examined to discover the will of the gods and to predict the future. The Druid priests would take advantage of this auspicious time to look into the events of the upcoming year—at least up until Beltane, which marked the year’s midpoint.

Although predicting the future is not necessarily the best use of the tarot, this is a good time to try reading the future. You can do this by laying out three cards for each of the six months from Samhain to Beltane (you should have eighteen total cards). Read each set of three cards as a story that will pertain to that month.

During the period of Samhain, the time when the world of the living is closest to the world of the dead, it is often a good idea to make offerings to the spirits to keep them from doing harm. Traditionally on Halloween night, gifts of milk and barley are left out beneath the stars to acquire the blessings of ghosts and prevent them from harming your household.

Other traditions involve leaving a plate of food outside the home of the souls of the dead. A candle placed in the window guides them to the lands of eternal summer, and burying apples in the hard-packed earth “feeds” the passed ones on their journey.

It’s also told that the Fairy Folk became very active during Samhain, pulling pranks on unsuspecting humans. People use to dress in white (like ghosts), wear disguises made of straw, or dress as the opposite gender in order to fool the spirits and traveling after dark was was not advised. The holiday’s bonfires and glowing turnips (yes, turnips) helped the dead on their journey while protecting the living.

Magick is in the air, and it’s important to just let things happen. Keep good fun thoughts in your mind, with hope for the future. These positive thoughts will turn into Magick energy and be released… that is the power of Samhain!

Here are 5 ways to celebrate Samhain:

Honoring the dead is one of the best ways to create Magick on Samhain. How do you honor the dead? By remembering them. Think of all the people that have passed on in your life, and don’t let their memories fade. Spend some time looking through old photographs. Think deeply about what they were like in life, what did they do… what did they feel? Tell them you miss them. Tell them you love them. Talk about them to friends and family.

Pick a person (alive or passed away) that has qualities you admire… maybe someone you love and care about that isn’t with you. Have dinner as usual, but leave an empty plate for them and “pretend” they are there.

You can either talk to them…ask them how they are doing. Or you can have dinner in complete silence, and think about them deeply. Treat your “guest” with a delicious meal, some good wine, and a tasty dessert. The person you are honoring will feel the energy, and you’ll boost your emotional and Magick sources.

Pumpkin carving is a pagan pastime. It actually has it’s roots in the belief that carving faces into turnips would keep evil away. Pumpkins work just as well and are easier to carve. Yes, it’s fun, and it will also keep any bad luck and negative energy away.

This is one of the best ways to celebrate Samhain because the positive emotions that build up will directly influence the effects of your divinations and rituals. If you have like-minded friends or family, get together and make a feast! There are many special recipes that work wonders for enhancing your Magick…

This is the BEST time of the year for seeing what is to come…and don’t let it pass by without doing at least one divination ritual. You could do Tarot, Runes, Scrying, Pendulum divination, Tea Reading, and any other divination techniques that resonate with you. It’s best to do your divinations AFTER the feast because that’s when the energy is at it’s peak.

Note: Information collected from Robert Place, Rose Ariadne, and various other sources.
Another Note: You can find more posts of interest by exploring the following links…

Posted in Halloween, October, Samhain, Wheel of the Year | Tagged Ghosts, Giving Gifts, Samhain, Spirits of the Dead | Leave a comment
Come fairies, take me out of this dull world...

Promote Your Page Too
Bread Crumbs
A trail of bread crumbs in case you lose your way wandering through this site ... Pagan Calendar > Blog Page > Samhain