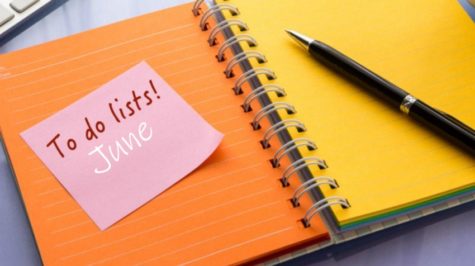 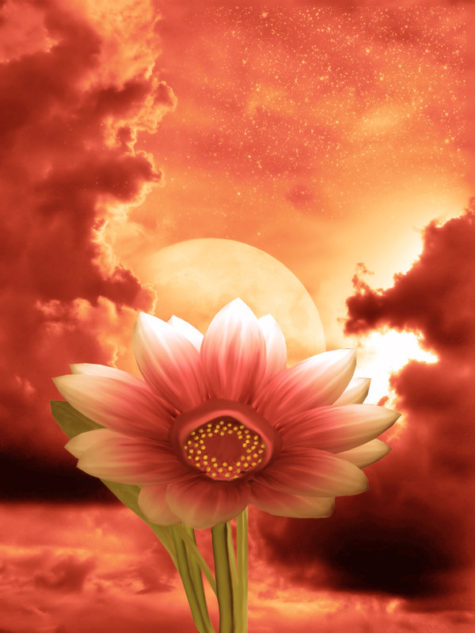 What follows is a list (in alphabetical order) of the names given to the June moon. Also listed is the tradition and/or origin of that moon name: 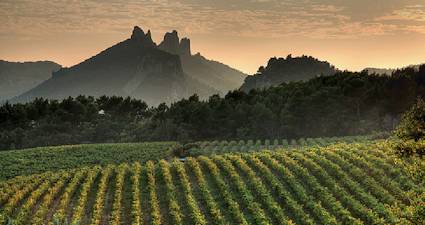 Good weather in “Flaming June” is necessary if there is to be a good harvest. Country weather lore states:

According to country lore, it was also claimed that summer doesn’t actually begin until the elder is in flower. 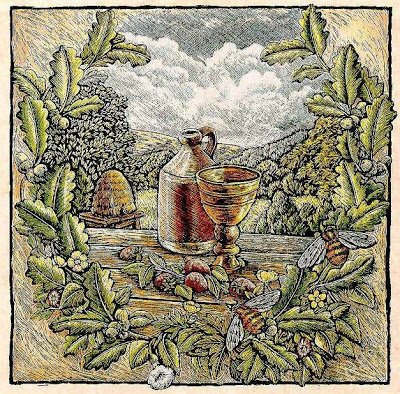 The original Roman name for this month was Junoius, after the Great Mother Goddess Juno; her counterpart among the Greeks was Hera. The Summer Solstice has been and still is important to many religions and cultures around the world. Not only was it sacred to goddesses of fertility, marriage, and love, but it was considered to be a time when faeries, elves, and many other supernatural beings were abroad in great numbers.

June’s energies are focused on socialization and activity. It is a capricious month, filled with young love, romance, and the companionship of good friends. Any magic aimed at enhancing one’s relationships, communication skills, and the personal energy level necessary for maintaining both will be augmented by working during this month.

The June Moon has enormous energies for calling upon and working with elementals of all types. Tides of psychic energy flow freely, enabling even the most staid of people to experience unusual happenings.

On or about 21 June is the Summer Solstice, the festival of Midsummer, the Anglo-Saxon Lith and the Alaban Hefin of the Druids. The Irish name for June is Meitheamh, while the Anglo-Saxon name was Aerra Litha, “before Litha.” The Franks called June Brachmanoth, “break month,” while in modern Asatru it is called Fallow.

The Summer Solstice festival in Slavonic-Russian cultures was called Kupalo and Jarilo. Other names were Kostroma, Sobotka, Kresnice, and Vajano. Kupalo/Kupala was the name of an ancient Slavic deity, originally a goddess, later a god. Special features of this festival were the lighting of fires, the sprinkling of water, and foretelling the future.

The Full Moon festival of Edfu in Egypt honored the goddess Hathor. The cow horns on her head represented the Crescent Moon. Every year at the new Moon the stature of Hathor was taken from her temple at Dendera and transported by boat to the temple of the god Horus at Edfu, arriving on the Full Moon.l This festival celebrated the frank sexual union of the two deities. It was a time of great festivities and very likely human marriages, since it was considered a period of good luck.

The Egyptian festival called the Burning of the Lamps took place in Sais in the temple of Isis. There, in an underground chapel beneath the main temple, was a wooden coffin for the god Osiris. Priestesses, priests, and initiates gathered in this hidden place carrying lamps. Then they marched in a procession around the coffin. The Egyptians said it was the light of the Moon that Isis called upon to bring Osiris back to life. Myth says that when Osiris ascended to the heavens, he went to the Moon.

In Rome, the month of June was sacred to the goddess Juno and therefore a lucky month in which to be married. It was also a time for the Vestal Virgins to cleanse the penus (a sacred vessel) in the Temple of Vesta.

The Roman celebration of the Ludi Piscatari, or festival of the fishermen, was really a blessing of boats. They believed that every boat had a personal spiritual entity. If the powers that went into the boat during its building were not in harmony with the entity, the boat would never ride easily on the water; it would always fight with the wind and the waves. The ritual of blessing the boat harmonized the energies imbued in the vessel, making it lively, willing, and enduring.

The Celtic Day of Cerridwen and her cauldron may have originally been associated with the Summer Solstice. Cerridwen of Wales was a Dark Moon goddess; her symbols were the cauldron, grain, and the Moon. The white, corpse-eating sow, representing the Moon, was one of her animal emblems.

In Tibet, this was a time of masked sacred dances and mystery plays. They had celebrations of the Medical Buddhas and of the Birth of Padmasambhava, who was considered to be a great spiritual teacher.

To the Incas in the Southern Hemisphere, this was the season of the Winter Solstice, since seasons are reversed. They had the Feast of the Sun, or the Inti Raymi, to celebrate the maize harvest. Chanting would last from sunrise to sunset. Inti was the Sun god of the ruling dynasty, represented by a great golden disk with a human face.

As ruler of the high point of the year, the time of the maximum light and minimum darkness, June is the light counterpart of Janus, the ruler of the New Year period. In the Goddess Calendar, the first 12 days of June belong to Hera. On 13 June begins the month of Rosea.

The month of June is the “door of the year,” the gateway to the inner realms. The rune Dag that rules the middle of the month, is the rune of opening, representing the door that excludes bad things and admits only that which is beneficial. The runic year begins in June, with Feoh.

The Celtic Tree Calendar month of Huath (hawthorn) ends on 9 June to be followed on the 10th by the Oak month, Duir. This is a month of strengthening and consolidation of gains. It can also be said to represent the “door” of the year, opening to let the sun shine in. Duir had the sacred color of black.

From: Moon Magick and other sources

“What is one to say about June, the time of perfect young summer, the fulfillment of the promise of the earlier months, and with as yet no sign to remind one that its fresh young beauty will ever fade.” ~Gertrude Jekyl 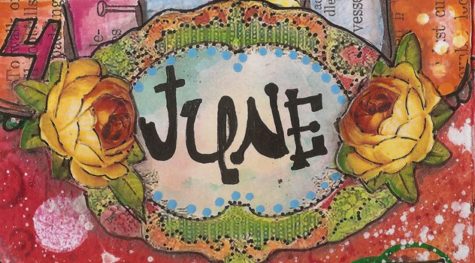 June takes its name from Juno, the Roman goddess of the hearth and home, and patron wives.. Not surprisingly, June became the traditional month for marriage in Rome, and it continues to enjoy tremendous popularity for weddings today.

Married in the month of roses – June.
Life will be one long honeymoon.

In medieval times June was chosen for the month to marry because the annual baths of the populace took place in May. From May to the following May cleanliness was not a part of their daily ritual as it is today. It was an annual event. So, being that they were relatively clean in June made it a good time to have a special event such as a wedding.

June is also the favored month for flower festivals, likely due to the abundance of earth’s blossoms around this time of year. Other associations include the following:

Another precious stone associated with June is the agate, whose traditional rhyme is as follows:

Who comes with summer to this earth,
And owes to June her hour of birth
With ring of Agate on her hand
Can health, wealth and long life command.

June is named after the Roman Great Mother Goddess, Juno; the Greek Hera. The month’s name was originally Junonius. Juno has may attributes, the chief of which is as the Queen of Heaven. This is attribute is ascribed to Frigg in the Northern Tradition and Mary in the Christian.

June has been considered a lucky month since Roman times. As Juno Moneta, guardian of money and wealth, the goddess had a temple dedicated to her on the Capitoline hill in Rome. This contained the mint where coinage was produced. This theme of wealth can also be seen in the runic year cycle: the half-month of Feoh, the time of wealth and abundance, begins on 29 June. 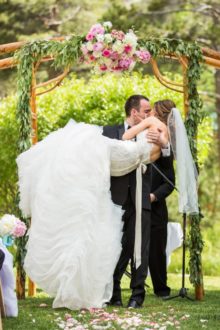 A man who married in June was guaranteed prosperity, and his wife happiness. This was because the Goddess Juno was associated with money and wealth, and also because she was happily married to Jupiter.

Whenever anyone got married in her month, Juno ensured the union was blessed with great happiness. June also has the longest day of the year, and this symbolizes a long and happy marriage. 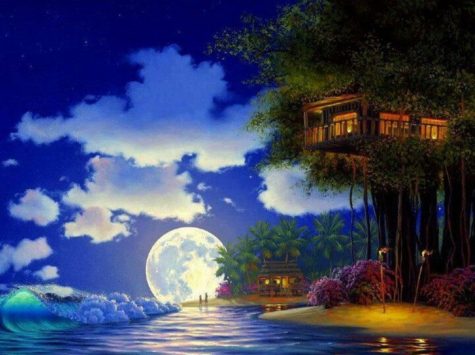 The first (or only) full moon in June is called the Honey Moon. Tradition holds that this is the best time to harvest honey from the hives.

This is the month where magical workings are well suited to maintaining and enhancing things you already have. Weed your garden, prune the bushes, give your lawn all the tender loving care it needs. Take time to let your personal life blossom as well – focus on things that improve your job or education, as well as your relationships with family and friends.

This time of year, between the planting and harvesting of the crops, was the traditional month for weddings. This is because many ancient peoples believed that the “grand [sexual] union” of the Goddess and God occurred in early May at Beltaine. Since it was unlucky to compete with the deities, many couples delayed their weddings until June.

June remains a favorite month for marriage today. In some traditions, newly wed couples were fed dishes and beverages that featured honey for the first month of their married life to encourage love and fertility. The surviving vestige of this tradition lives on in the name given to the holiday immediately after the ceremony: “The Honeymoon.”

In June, we’re beginning to see some early summer fruits and vegetables (a great time for strawberry crops!), and the days are getting longer and longer. It’s a far cry from the darkness of winter, and we typically try to spend as much time outside as possible. Also known as Lover’s Moon, Long Sun Moon, it’s a time for bonding with friends and family, and forging what connections we can. Nurture your relationships, your garden, your career, and your soul this month.

In pre-historic times, summer was a joyous time of the year for those Aboriginal people who lived in the northern latitudes. The snow had disappeared; the ground had thawed out; warm temperatures had returned; flowers were blooming; leaves had returned to the deciduous trees. Some herbs could be harvested, for medicinal and other uses. Food was easier to find. The crops had already been planted and would be harvested in the months to come.