The Magick of April 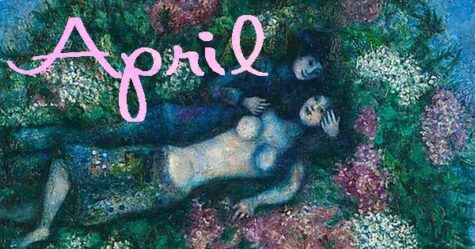 According to the English poet T.S. Eliot, April is a turning point, at which the past and the future are seen as one; when, in northern climes at least, Lilac bushes burst into bloom on dusty waste ground or beside railway tracks as the rain brings to life new growth.

The month was named Aprilis by the Romans, but the origins of the name are still obscure. The traditional belief of its origin stems from the Latin verb aperire, “to open,” an allusion to trees and flowers beginning to open or to flower from buds.

Since some of the Roman months were named in honor of divinities, and as April was sacred to the goddess Venus, it has also been suggested that Aprilis was originally Venus’s mouth, from an ancient combination of her Greek goddess name, Aphrodite, to arrive at her springtime aspect as Aphrilis.

As the sun continues to make its way through the zodiac, it stays in Aries until about the 20th. The first part of the month is still about a feisty, “let’s get things done” energy. This period is about action and is filled with self-motivated people who are as self-centered and conceited as the fiery influence of Mars.

But as the sun moves across the cusp of Taurus, the energy changes to that of Venus. Venus rules Taurus, complementing this earth sign’s symbols of beauty, vanity, good looks, attraction, seduction, feminine wiles, and the concerns of the body and sexuality.

In the late Middle Ages throughout the fashionable European courts, favored sorcerers and witches concocted aphrodisiacs, potions, poisons, particularly in Aprils as it was thought to be a month auspicious for providing male heirs.

The tradition of celebrating virility, along with the magickal generation of sexual stamina and subsequent fertility, were themes based on the ancient fertility festivities of pagan Europe as the first of May approached.

The first few weeks of April were ruled by the virile Ram God, followed by the fertile Cow Goddess, both symbols of various pagan cultures and still invoked by modern day witches. This is why April is a month when desires quicken, the heat rises, and the tonic is needed to leave memories behind and start afresh.

Spells and rituals for April, therefore, tend to be all about moving on and beginning a new way of living, loving, or just being.

From: Spells For A Magical Year 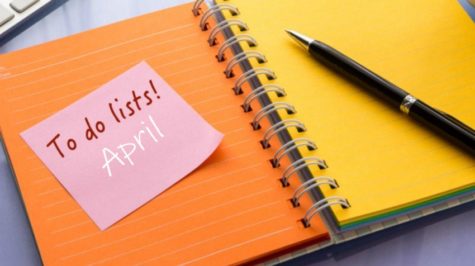 What follows is a list (in alphabetical order) of the names given to the April moon. Also listed is the tradition and/or origin of that moon name: 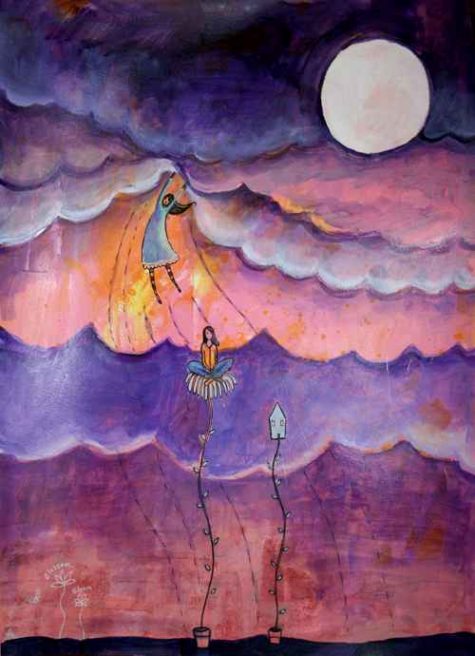 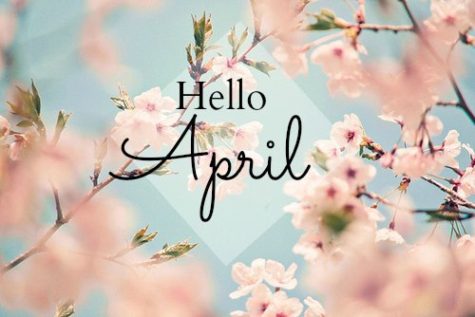 April gets its name from the goddess Aprilis, who is the Romans’ version of Aphrodite. Her name means “to open,” which is exactly what Aprilis does… she opens the path to playfulness and the way to personal enrichment.

We all know the rhyme “April showers bring May flowers.” So consider what energies you want Aprilis to sprinkle on you this month for personal flowering. Overall, any magical efforts aimed toward growth, love, pleasure, improvements, and developing one’s inner child will benefit from working this month.

Because the Christian holiday of Easter sometimes falls in this month, the Anglo-Saxons and Franks called it Easter Month; of course, the word Easter comes originally from the name of the Pagan goddess Eostre, deity of Spring, fertiilty, and new life. The Romans called this month Aprilis, a time of unfolding leaves and flowers.

April was the second month of the Roman calendar, before January and February were added by King Numa Pompilius about 700 BC. It became the fourth month of the calendar year (the year when twelve months are displayed in order) during the time of the decemvirs about 450 BC, when it also was given 29 days April is commonly associated with the season of spring in the Northern hemisphere and autumn in the Southern hemisphere.

Energy into creating and producing; return balance to the nerves; change; self confidence; self reliance; take advantage of opportunities; work on temper and emotional flare-ups and selfishness.

“It was that period in the vernal quarter when we may suppose the Dryads to be waking for the season. The vegetable world begins to move and swell and the saps to rise, till in the completest silence of lone gardens and trackless plantations, where everything seems helpless and still after the bond and slavery of frost, there are bustlings, strainings, united thrusts, and pulls-all-together, in comparison with which the powerful tugs of cranes and pulleys in a noisy city are but pygmy efforts.”
~Thomas Hardy

The Megalesia of Cybele, who was also known as Magna Mater (Great Mother) in both Phyrgia and Rome, celebrated the arrival of this goddess in Rome. In 204 BCE, Rome was in the midst of a great war with Hannibal. Things were going very badly for the Roman legions. Finally, the Romans sent a delegation to the Oracle at Delphi for an interpretation of their sacred Sibylline Books. This passage said that foreing invaders could only be driven away when the Mother of Mount Ida was transferred from Pessinus to Rome.

The oracle sent the delegation to the king of Pergamum in Asia Minor, where they were told that a black meteroite embodying the spirit of Cybele was. Pine trees from Mt. Ida, sacred to the goddess, were made into a ship, and the stone was transported from one sanctuary to another until it reached Rome. In about a year, Hannibal left Italy forever.

The Japanese Flower Festival has now become a celebration of Buddha’s birth. In the older celebration, however, the people gathered wildflowers for the family shrine. Those in the Shinto faith placed wooden markers on the graves and said prayers.

The Roman festival of Cerealia celebrated the return of Proserpina to the Earth goddess Ceres. Our word “cereal” comes from the name Ceres. It was the time of planting grain. Ceres was the Roman equivalent to the Greek goddess Demeter.The festival of Cerealia was held for seven days from mid-to-late April, but exact dates are uncertain.

The Egyptians called their land Khemennu, or Land of the Moon. Plutarch wrote that they believed the Moon to be the Mother of the Universe. Although the goddess Bast was primarily considered to be a deity of the gentle Sun, she was also connected with the Moon.

Floralia was held April 27 during the Republican era, or April 28 on the Julian calendar, and lasted until May 3. However, these dates do not correspond to the modern Gregorian calendar. The Floralia is still celebrated in many Central and Eastern European countries. It is a time to honor the goddess of flowers. People dress in gaily decorated costumes and wear flowers in their hair. Secretly delivering baskets of flowers on May Day is a remnant of this old festival.

During this month was also the Incan Ayrihua or Camay Inca Raymi, the Festival of the Inca.

It is said that if early April is foggy,
rain in June will make lanes boggy.

April weather:
rain and sunshine, both together.

A dry April
Not the farmer’s will.
April wet
Is what he would get.

“If it rains on Easter Sunday,
it will rain on the next seven Sundays.” 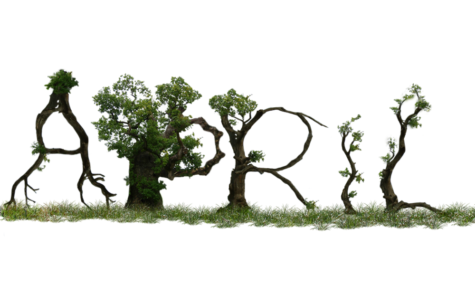 St George’s day is the twenty-third of the month; and St Mark’s Eve, with its superstition that the ghosts of those who are doomed to die within the year will be seen to pass into the church, falls on the twenty-fourth.

In China the symbolic ploughing of the earth by the emperor and princes of the blood took place in their third month, which frequently corresponds to April. In Finnish April is huhtikuu, meaning slash-and-burn moon, when gymnosperms for beat and burn clearing of farmland were felled.

In Slovene, the most established traditional name is mali traven, meaning the month when plants start growing.

The month Aprilis had 30 days; Numa Pompilius made it 29 days long; finally Julius Caesar’s calendar reform made it again 30 days long, which was not changed in the calendar revision of Augustus Caesar in 8 BC.

The Lyrids meteor shower appears on April 16-April 26 each year, with the peak generally occurring on April 22. Eta Aquariids meteor shower also appears in April. It is visible from about April 21 to about May 20 each year with peak activity on or around May 6. The Pi Puppids appear on April 23, but only in years around the parent comet’s perihelion date. The Virginids also shower at various dates in April. 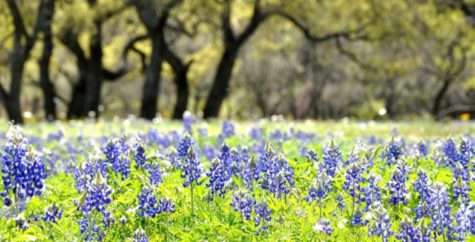 The theme for April

The theme for April is momentum. When something has momentum it takes more of an effort to change its course, and less of an effort to move it in the direction it is already going. This is a tricky month as momentum will take hold in whatever direction you happen to be putting your focus and energy.

This is a highly creative and productive time. The challenge will be to stay directed and to have the discipline to move yourself out of situations and away from negativity that you would rather not be gathering momentum around. This will take discernment, the use of good boundaries and a commitment to some truth telling about what serves you and what does not.

If you find yourself in a downward spiral where everything seems to be falling apart in a big way, you may need to look at the truth of allowing something you have been holding onto to dissolve and leave your life. You may finally have the momentum to move yourself out of a situation that is not healthy or serving. On the other hand, a creative project that is aligned with spirit may have just been waiting for such a time to take off.