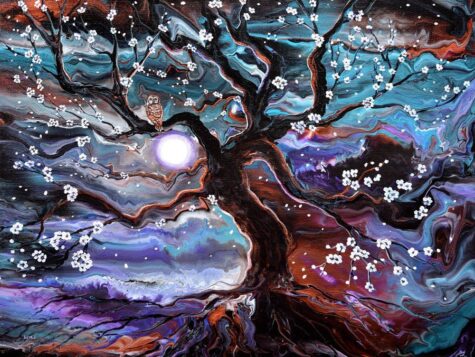 The Elder Month is the last month in the cycle of the 13 Celtic months, and it indicates the renewal of energy and the continuous journey of the soul towards greater happiness and understanding. The Winter Solstice, the shortest day and longest night, occurs during the Elder Month, and offers the chance to focus on your heart’s desire.

The winter solstice has passed, and the Elder month is a time of endings. Although the Elder can be damaged easily, it recovers quickly and springs back to life, corresponding to the approaching New Year. The month of Elder is a good time for workings related to creativity and renewal. It is a time of beginnings and endings, births and deaths, and rejuvenation.

The Druids believed that it was during this period that their Sun or Solar Spirit was being held prisoner. It was also considered a time of trouble and indicative of the struggle for supremacy.

The Elder Moon is a time to bring a halt to habit-forming patterns that have been restricting your growth, so that you may heal and move on. Evaluate what you have learned during the past year and give yourself time to work out what you really want from life. Draw upon energy that concludes the annual cycle and release the energy you have invested in previous projects and endeavors, so that you may concentrate on conceiving your new dreams for the New Year. 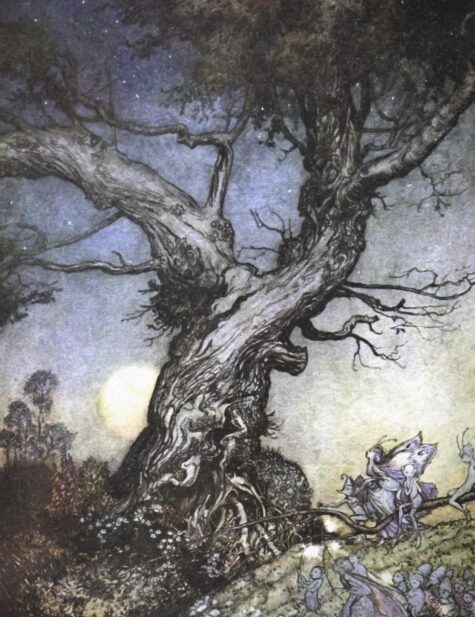 The last in the Celtic tree astrology pantheon is the Elder tree sign. People from this sign love freedom and others may see them as wild and untamed. The slogan of their life is “Live fast”, always seeking thrills and adventures. They are often misunderstood and treated as outsiders, even though they are extroverts by nature. However, the Elder signs can be deeply thoughtful, often very considerate of others and love to lend a helping hand. This misjudged sign fits well with the Alder and Holly signs.

The Elder individual evolves gradually during his or her lifetime. In youth, such people are inclined to waste much time and energy on worthless ventures or projects. They are often fortunate individuals who frequently benefit at an early age from inheritances. However, this usually only encourages their extravagant tastes and indulgences.

With a basic restlessness and/or insatiable curiosity, Elder individuals are drawn into the study of profound subjects and are prone to travel great distances in order to further their knowledge. Elder individuals are self-sufficient, lively and outspoken. They dislike routine and refuse to be pressured by others. Highly energetic with a great deal of stamina, they thrive on change and crave constant mental and physical challenge.

In later life, the Elder individual commands respect and possesses a great deal of patience. Elder characters are often outspoken and prone to speak without first thinking, but they possess a constructive approach to life and are frequently drawn to careers in the military or journalism.

The true strength of Elders lie in the instinctive knowledge of when they are right and others are wrong, coupled with their inherent inclination toward self-discipline. The Elder individual is open in his or her relationships, but tends not to fall in love very deeply, seemingly able to remove their emotions from most situations.

While finding it difficult to tame their restless natures enough to take on parenthood, Elders do make wonderful uncles and aunts. It is important that Elder individuals learn to use change as a positive force in their lives in order to avoid becoming reckless and confused. 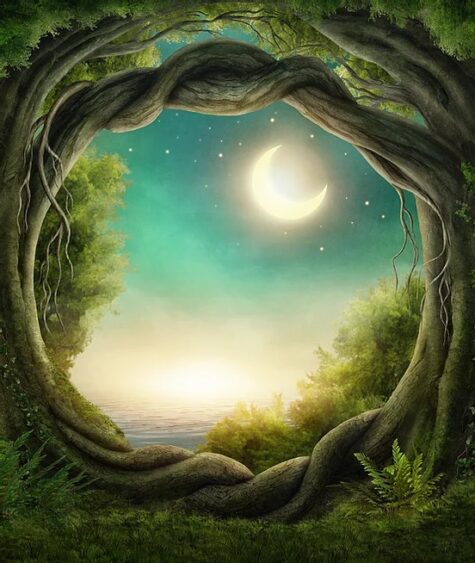 Elder symbolizes judgement, transformation, death and regeneration, and fate. It is known as the Queen of all Herbs and rightly so; all parts of the Elder can be used medicinally. The lesson of the Elder is a difficult one but important and inevitable. It presents us with a looking glass into our own lives where we are faced to answer difficult questions about how we lived our lives and how we will be remembered; this was especially important to Celtic warriors.

Elder is also said to protect against demons and other negative entities. Use in magic connected to Faeries and other nature spirits.

Often planted close to the home, the Elder was thought to offer protection against evil influences and lightning…based on the fact that the tree itself never seemed to get struck and it was hoped such immunity would extend to the nearly dwellings. In ancient times, it was believed that negative forces would be attracted by someone who fell asleep beneath an Elder tree. While slumbering, it was thought such a person would suffer horrific nightmares and become delirious upon waking.

The elder tree’s ability to recover when damaged has made it a symbol of regeneration since ancient times and for this reason it was used in burial rites in British longbarrows (an ancient style of grave). Due to to its white flowers (life) and black berries (death), the tree is also sacred to the Mother Goddess who governs birth and death.

The wood of elder is believed to have protective properties because of the powerful Dryad spirit that lives within it. When planted near a home, the tree will ward off intruders. The healing powers of the elder are also thought to cure insomnia (by placing elderberries in a bad under a pillow) and ensure the health of unborn babies (when pregnant women kiss its bark). 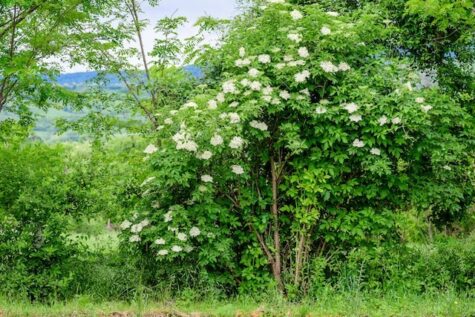 Upon reaching the end of the Celtic calendar, the Elder Moon month is the perfect time to release negative energies before entering the New Year, feeling renewed.

Dig a hole in the ground and say, “Mother Earth, I ask you to transform my pain into healing.”

When you feel ready place an elder twig into the hole to represent the end of the cycle. Fill in the hole and stamp the earth down three times saying, “I release the past, so mote it be.” 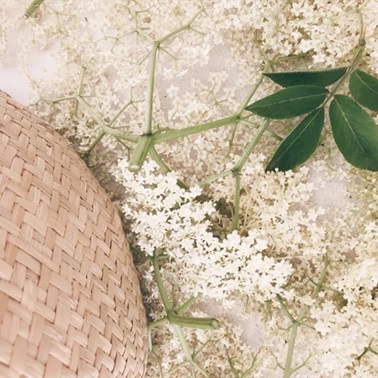