La Tomatina is a food fight festival held on the last Wednesday of August each year in the town of Bunol near to Valencia in Spain. (in 2019 it is the 28th of August). Thousands upon thousands of people make their way from all corners of the world to fight in this ‘World’s Biggest Food Fight’ where more than one hundred metric tons of over-ripe tomatoes are thrown in the streets.

There is limited accommodation for people who come to La Tomatina, so many people take the easier option of staying in nearby Valencia just 38km to Bunol by bus or train. In preparation for the dirty mess that will ensue, shopkeepers use huge plastic covers on their storefronts in order to protect them from the carnage. 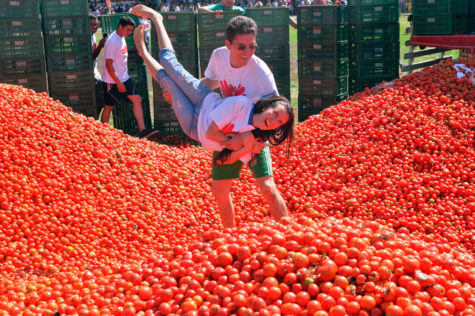 What Happens at La Tomatina

At around 11am many trucks haul the bounty of tomatoes into the centre of the town, Plaza del Pueblo. The tomatoes come from Extremadura, where they are less expensive. Technically the festival does not begin until one brave soul has climbed to the top of a two-story high, greased-up wooden pole and reached the coveted ham at the top. In practice this process takes a long time and the festival starts despite no one reaching the meaty prize. The signal for the beginning of the fight is firing of water cannons, and the chaos begins. Once it begins, the battle is generally every man for himself. 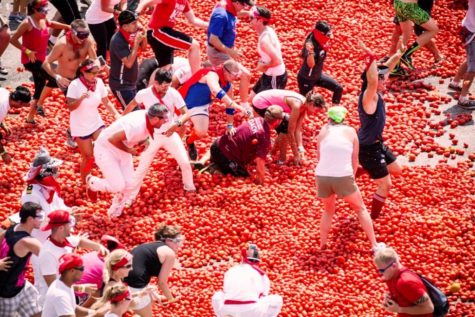 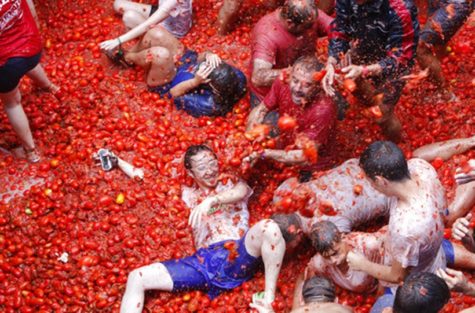 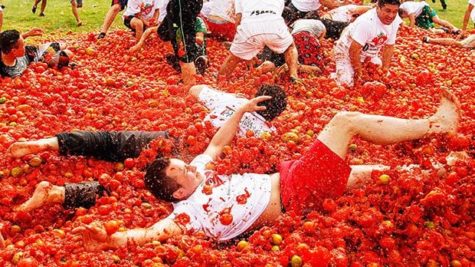 After an one hour the fighting ends. At this point, no more tomatoes can be thrown. The cleaning process involves the use of fire trucks to spray down the streets, with water provided from a Roman aqueduct. The authorities seem more concerned with cleaning the town than cleaning the visitors, so some people find water at the Bunol River to wash themselves, although some kind residents will hose passers-by down. Once the tomato pulp is flushed, the ground is clean due to the acidity of the tomato. 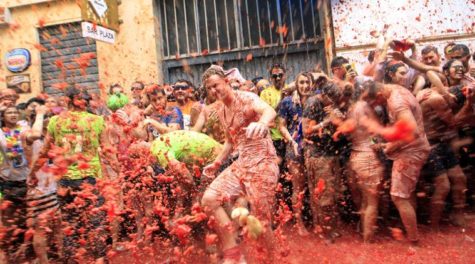 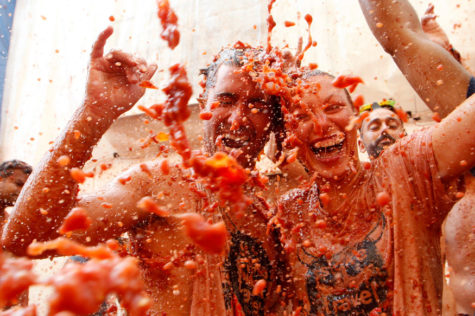 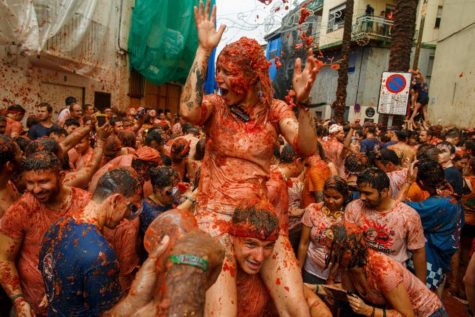 The Rules of La Tomatina 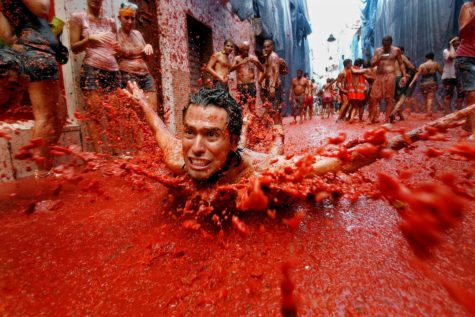 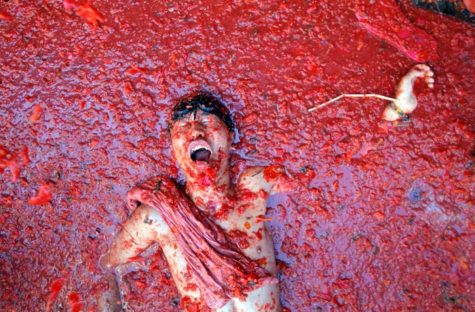 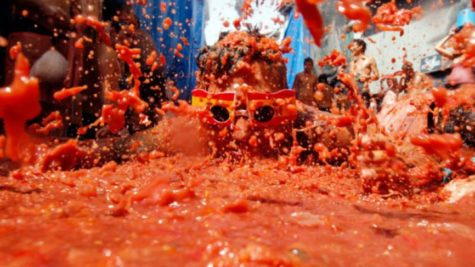 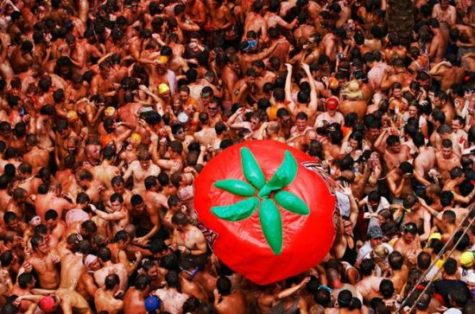 How did La Tomatina Start?

The tomato fight has been a strong tradition in Bunol since 1944 or 1945. No one is completely certain how this event originated. Possible theories on how the Tomatina began include a local food fight among friends, a juvenile class war, a volley of tomatoes from bystanders at a carnival parade, a practical joke on a bad musician, and the anarchic aftermath of an accidental lorry spillage. One popular theory is that disgruntled townspeople attacked city councilmen with tomatoes during a town celebration.

The following year, the young people picked a quarrel by their own decision and brought the tomatoes from home. Although the police broke up the early tradition in the following years, the young boys had made history without being conscious about it. Whatever happened to begin the tradition, it was enjoyed so much that it was repeated the next year, and the year after that, and so on.

La Tomatina was banned in the early 50s, during the Spanish State period under Francisco Franco for having no religious significance, which was not a problem for the participants who were arrested. But the people spoke and the festivity was again allowed with more participants and even more enthusiasm.

The festivity was again cancelled till 1957 when, as a sign of protest, the tomato burial was held. It was a demonstration in which the residents carried a coffin with a huge tomato inside. The parade was accompanied by a music band which played funeral marches and it was totally successful. La Tomatina Festival was finally allowed and became an official festivity.

As a result of the report of Javier Basilio, broadcasted in the Spanish Television Program called Informe Semanal, the festivity started to be known in the rest of Spain.

Since then, the number of participants increased year after year as well as the excitement about La Tomatina Festival. In 2002, La Tomatina of Buñol was declared Festivity of International Tourist Interest by the Secretary Deparment of Tourism due to its success.

The festival is now held in honor of the town’s patron saints, Luis Bertran and the Mare de Deu dels Desemparats (Mother of God of the Defenseless), a title of the Virgin Mary.

Posted in August | Tagged Spain, Wild Parties | Leave a comment
Come fairies, take me out of this dull world...

Promote Your Page Too
Bread Crumbs
A trail of bread crumbs in case you lose your way wandering through this site ... Pagan Calendar > Blog Page > 2019 > August