The Health Benefits of Millet 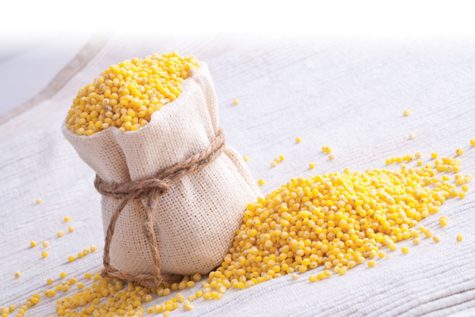 Most people have not even heard of millet, much less understand the benefits of millet nutrition. And yet, millet is one of the best-kept secrets of our ancient ancestors. Traced back to its origin in China, millet has been used throughout the ages and across many countries.

For centuries millet has been a prized crop in China, India, Greece, Egypt and Africa, used in everything from bread to couscous, and as cereal grain. Millet is even mentioned as a treasured crop in the Bible.

This tiny “grain” is gluten-free and packed with vitamins and minerals. In fact, while it’s often called a grain because of it’s grain-like consistency, millet is actually a seed. It’s often used in birdseed mixture, but if you think it’s just for the birds, you’re missing out on important benefits of millet nutrition for yourself!

The positive effects of Millet:

It’s not for everyone:

While millet may not contain gluten, it does contain goitrogens.  Goitrogens are those substances in food that suppress thyroid activity and can lead to goiter, an enlargement of this very important gland which resides in the throat.  Low iodine intake can also lead to goiter.

Protect your thyroid at all costs! It is a real challenge to unwind the effects of hypothyroidism once this vital gland is weakened or enlarged. Don’t take any chances with your thyroid health by consuming large amounts of millet bread or millet based snacks. If gluten and/or wheat is a problem, then simply reduce bread consumption or use another grain that is both non gluten containing and non goitrogenic such as rice or oats. Occasional millet bread consumption is fine if your thyroid is healthy – just don’t overdo!

Source: Body Ecology and other sources