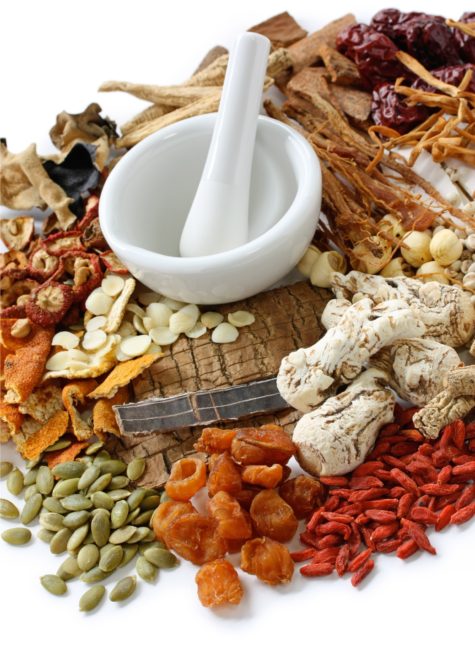 Ayurvedic principles show that everyone has a particular personality type as shown by the make up of their doshas, or inner life energies. Your prakriti is your make up when you were born, and vikruti is what they are now as a result of life’s experiences and stresses and imbalances of other elemental influences.

In order to correct these derangements, one can use churnas, or Ayurvedic spice powders that are made up of blends of spices. These churnas are made of fresh herbs that have medicinal properties, as well as the ability to neutralize the toxic effects caused by imbalances within the body.

Ayurvedic churnas combine all six of the ayurvedic tastes: sweet, sour, salty, pungent, bitter, and astringent. They are created through the combination of a number of different fresh herbs, and can be added to almost any foodstuff. Not only do churnas improve the taste of the dish and add their own nutritional kick, they also bring out the medicinal qualities of the foods they are added to. Ayurvedic churnas can also be sauteed in ghee before being added to a dish.

The spices included in Ayurvedic churnas all have strong medicinal properties of their own. Ayurveda has long been touting the health benefits of these herbs. Ground ginger, for example, provides a pungent flavor but also calms the stomach and promotes good digestion. Turmeric contains curcumin, which is thought to reduce cholesterol, provide a boost to the immune system, aid in liver detoxification, and improve the body’s response to allergens. It is a potent antioxidant, which means it helps the body fight off dangerous molecules known as free radicals, which contribute to your risk for heart disease and cancer. Cumin is also known to help the body in its detoxification efforts as well as make digestion smoother.

Ayurvedic churnas are thus not only great at enhancing flavor, they also carry a number of health benefits of their own. Since they taste great, this makes it easy to add a healthy kick to nearly every meal you eat! 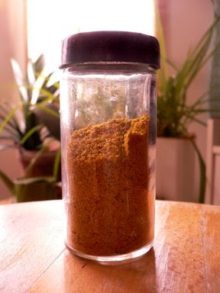 This is a recipe for a Vata Balancing spice mix, used in AyurVedic cooking. I make this churna in small batches and use it often in all my root veggie dishes and in soups as well. This spice powder has a robust deep flavor which perks up the dish and it tastes extra yummy when your vata is imbalanced. The specific spices used in this churna balance the vata dosha.

Store in a glass jar and it will stay fresh for up to a month.