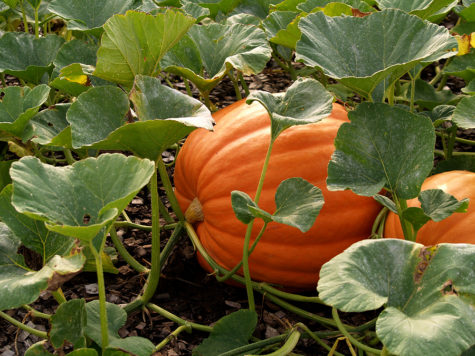 If you want to look and feel beautiful, consider including pumpkin as part of your diet.

Pumpkin has a range of fantastic health benefits, including being one of the best-known sources of beta-carotene. Beta-carotene is a powerful antioxidant. It also gives orange vegetables and fruits their vibrant color. The body converts any ingested beta-carotene into vitamin A.

Beta-carotene is a powerful antioxidant. It also gives orange vegetables and fruits their vibrant color. The body converts any ingested beta-carotene into vitamin A. Consuming foods rich in beta-carotene may reduce the risk of developing certain types of cancer, offer protection against asthma and heart disease, and delay aging and body degeneration. Pumpkins are also a powerful source of fiber.

The potassium contained within pumpkins can have a positive effect on blood pressure. The antioxidants in pumpkin could help prevent degenerative damage to the eyes.

Many studies have suggested that eating more plant foods such as pumpkin decreases the risk of obesity and overall mortality. It can also help prevent diabetes and heart disease, and promote a healthy complexion and hair, increased energy, and a healthful body mass index (BMI). 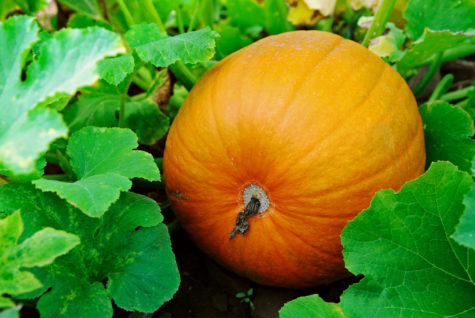 Pumpkin has been implicated in helping with the following:

More on this “super” food can be found here: Encyclopedia of Herbology: Pumpkin 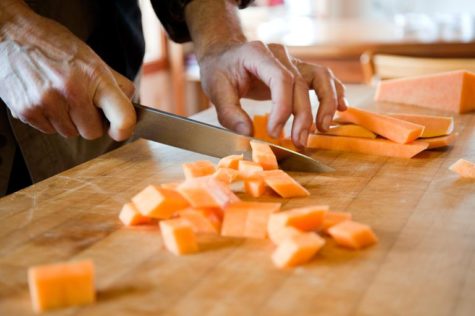 The pumpkin’s flesh can be either sweet or bitter, and it is commonly used in pies, scones, soups, stews, and other recipes.

The young fruit of a pumpkin is best used in savory entrees and sides, while the mature fruit goes best in pies and other sweet desserts. Medium-sized varieties, like ‘Autumn Gold’, ‘Jack-o-Lantern’, and ‘Spirit’ are among the best for culinary use; however, larger varieties like ‘Big Tom’ and ‘Jackpot’ are also popular.

When ripe, the pumpkin can be boiled, steamed, or roasted. Pumpkins that are still small and green may be eaten in the same way as pumpkin or zucchini.

In addition the fruit can be baked by cutting it into two halves, scooping out seeds and placing the hollow side down in a big tray followed by baking in an oven.

Preparing fresh pumpkin at home will deliver the most benefits for your health, but canned pumpkin is also a great choice. Pumpkin retains many of its health benefits in the canning process.

Pumpkin pie is a sweeter way to incorporate the benefits of pumpkin into the diet. Be sure to make a pumpkin puree rather than buying pre-made. Steer clear of canned pumpkin pie mix. This is usually placed next to the canned pumpkin in grocery stores, and is sold in a similar can. It contains added sugars and syrups.

Pumpkin is a highly nutrient-dense food. It is rich in vitamins and minerals but low in calories. Pumpkin seeds, leaves, and juices all pack a powerful nutritional punch. Although the variety of pumpkins that usually ends up carved into a jack-o-lantern is perfectly edible, it is best to cook with the sweeter and smaller sweet or pie pumpkin varieties. 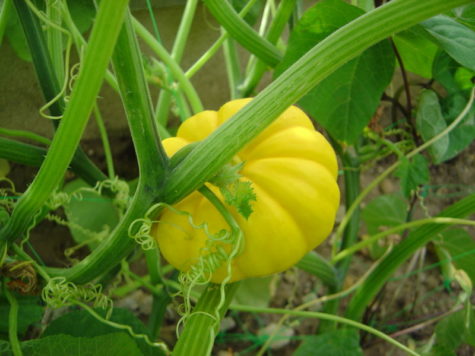 Make sure the pumpkin has a few inches of stem left and is hard and heavy for its size. Store uncut pumpkins in a cool, dark place for up to 2 months.

The most common preparation methods of pumpkin involve desserts like custards and pies. One of the simplest ways to enjoy the contents is to gently roast or dehydrate the seeds in sea salt and other preferred spices.

There are many ways pumpkin can be incorporated into desserts, soups, salads, preserves, and even as a substitute for butter.

Harvesting and Preparing the Flowers

Pumpkin flower blossoms have a light, buttery taste. They are sometimes prepared as vegetables in a number of pasta, soup, and salad recipes.

The female blossoms will become the fruit so in order to preserve your harvest, it is best to pick the male blooms. Being aware of the difference between male and female blooms is important to know when picking pumpkin blossoms. 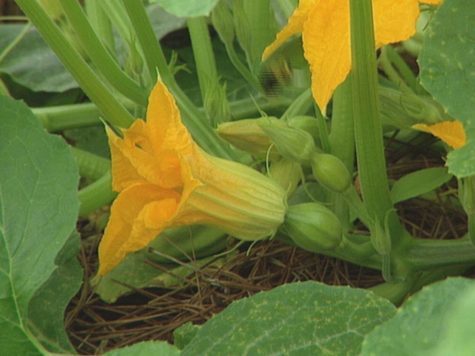 Male pumpkin blossoms are hairier and have a thin base where they attach to the stem. Females have a thick bulge, which is the ovary, where they grow from the plant.

Morning is the best time for harvesting pumpkin flowers. Choose male flowers when they are still in bud form. Male flowers grow first on the plant but the fully formed blooms are hairy and difficult to handle in the kitchen. Female blooms are considered the tastiest but you should minimize their harvest if you want fruit on the plant.

Give a gentle squeeze to the back of the bloom when picking pumpkin flowers. This will help you detect the bulb of a female or the flat end of a male flower.

The optimum condition is to use them the day of harvest. Picking pumpkin flowers and then using them immediately gives you the freshest taste of spring. Pumpkin flowers are very delicate and don’t store for long. However, there is a trick on how to store pumpkin blossoms for best flavor and to extend the life of the blooms. Keep them in the refrigerator. Male blooms last the longest and can be stored in the refrigerator for up to a week. Either sex will keep best if laid out gently on tissue or a paper towel on a dish or flat container.

Pumpkin fresh flowers add flavor to salads. Eaten as a side dish, the recipe is as follows: Pick flowers when vines are blooming, wash and roll in paper towel to dry. Dip in beaten egg, roll in fine bread or cracker crumbs and fry in buttered pan. 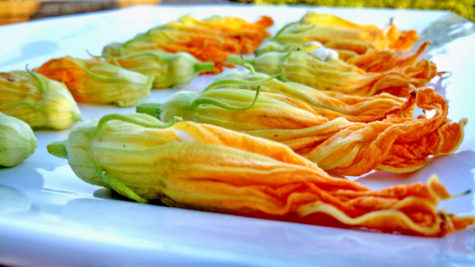 In the southwestern United States and Mexico, pumpkin and pumpkin flowers are a popular and widely available food item. They may be used to garnish dishes, and they may be dredged in a batter then fried in oil.

Pumpkin blossoms are flavorful and colorful when used as a garnish on salads. Remove the anthers inside, wash, dry the flowers, and use them whole or chopped. Stuff the blooms with rice, herbs or cheese when cooking with pumpkin flowers. You can also pickle, deep fry, or can pumpkin blossoms. If you cook the flowers, you can freeze them.

The flowers can be eaten straight off of the plant, added them into a salad, and for a nice breakfast treat, they can be  dipped into pancake batter, cooked in a skillet.

Whichever method you choose, prepare the blooms as quickly as possible for best flavor and texture. Harvesting pumpkin flowers is easy and a great way to put the male blooms to use rather than having them simply fall from the plant to waste away.

Harvesting and Preparing the Leaves

Pumpkin leaves are edible. They are chock-full of iron, and may be prepared like other dark green, leafy vegetables. How do they taste? Here’s a review:

“The pumpkin greens lacked any bitterness that other greens tend to have, which surprised me. These might be the sweetest greens I have eaten. Even my son and wife enjoyed them. The flavor reminded me of a mixture of green beans, broccoli, spinach and asparagus.”

Italian pasta recipes include the leaves and stems, blanched briefly, then fried with oil and garlic before being tossed with chopped tomatoes. The Malaysian dish Pucuk Labu combines smaller, tender pumpkin leaves and shoots with anchovies, garlic and sliced onions, all simmered in rich coconut milk.

Pick the young-medium aged leaves (not the older tougher ones), and use them in cooked recipes like you would a spinach or a heavy winter green. 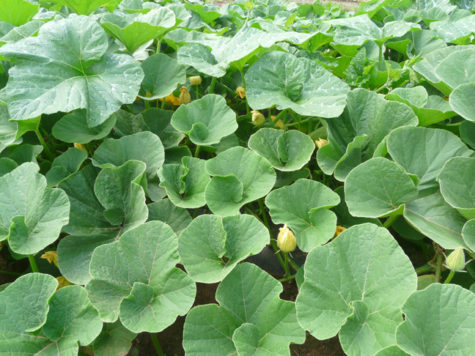 Covered in fuzz and possessing a thick, fibrous spine, pumpkin leaves aren’t all that intuitively edible. They take a little bit of advance preparation before you can use them in recipes.

Here is a simple method:

“Holding the leaf upside down by its stem, you see that the stem is hollow. Use your thumbnail to split half or a third of the stem and snap it backward so that the flesh breaks cleanly, but the outer fibers do not. Pull gently, removing the fibers from the outside of the stem and the back of the leaf. Repeat until you have de-strung a good pile, because, like all greens, pumpkin leaves cook down quite a bit.”

Once you’ve de-strung a pile of pumpkin leaves, you can cook them in a variety of ways. In Malawi, they are often simmered simply with tomatoes just for a few minutes until the leaves are tender.

Harvesting and Preparing the Seeds

Traditional folk medicine touts pumpkin seeds as an effective treatment for prostate enlargement. Anti-inflammatory agents, known as phytosterols, combine with the healing properties of zinc to potentially reduce the size of the prostate.

Pumpkin seeds are just about the richest natural sources of zinc nutrition ever found. The use of pumpkin seeds for their beneficial effect on the prostate gland is as old as the ages. (Referred to as He-man power). 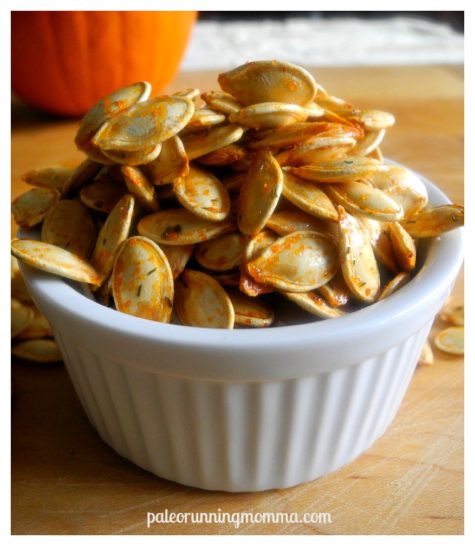 To harvest your pumpkin seeds, slice open your pumpkin (to eat or to make as a jack-o-lantern). Scoop out the seeds with your hands or a large, sturdy spoon. Place the seeds in a bowl. *Some pumpkin varieties have seeds with white husks over the nut meat, and some just contain the green nutmeat, aka “pepitos.”

You can process and eat pumpkin seeds the same way, regardless of the variety.

Heat a frying pan and add enough high heat vegetable oil (we like organic sunflower, grapeseed, or raw coconut oil) to sauté them. Once the pan is hot, add the pumpkin seeds. *Don’t worry if there is a little bit of pumpkin string still attached, this cooks up fine and adds some nice flavor & nutrition.

As soon as the seeds are in the pan, add some fresh ground sea salt. Stir repeatedly to ensure light, even browning uniformly on the seeds’ surfaces. Let them cool down, but eat them while they’re still warm for best flavor! They’ll also store for a long time and make a great, healthy alternative to potato chips. 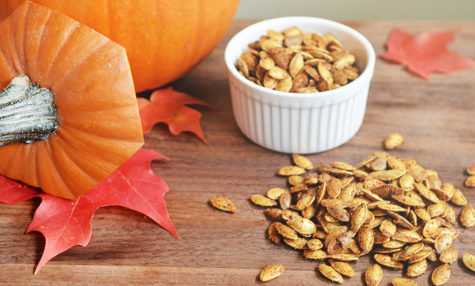 According to the USDA National Nutrient Database, one cup of cooked, boiled, or drained pumpkin without salt contains:

This amount of pumpkin also provides:

In addition to the meat, one can also consume the green seeds inside their shell, which also provides a concentrated dose of nutrition, such as:

Pumpkin leaves are traditional vegetables of choice to many communities in Africa, North America and Asia. This is because of their ease of availability, rich in nutrients and less demanding husbandry. The leaves are normally mashed with potatoes, maize, beans and bananas to make a delicious meal. 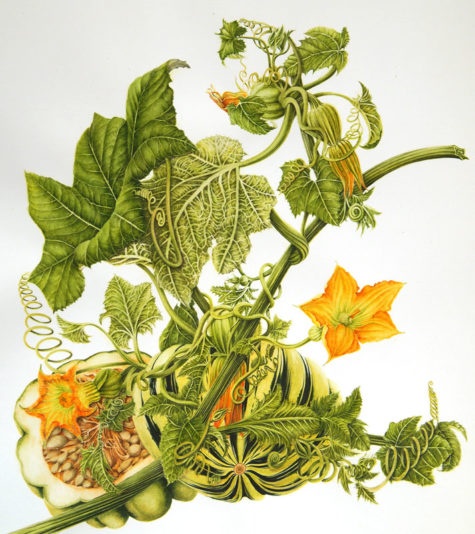 Borrowed from: Encyclopedia of Herbology

How To Get The Best Antioxidants 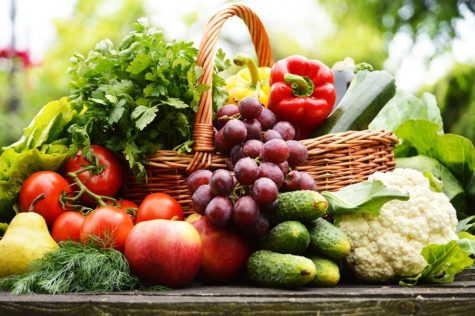 Generally you get more antioxidants if you eat: