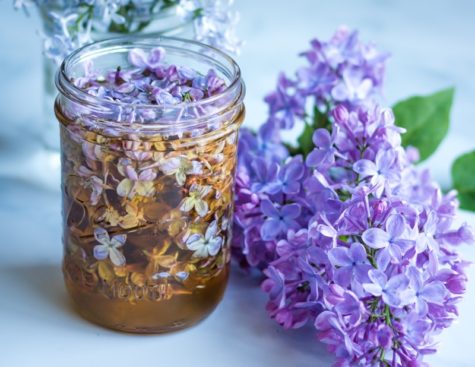 Fill a jar (1/2 pint, pint, quart etc.) with freshly picked flowers with a little room at the top. Pour over honey to the top and cap. Allow to infuse for at least 6 weeks. No need to strain afterwards – eat the flowers along with the honey! Great for adding to recipes, spreading on bread, or adding to teas.

From: The Practical Herbalist 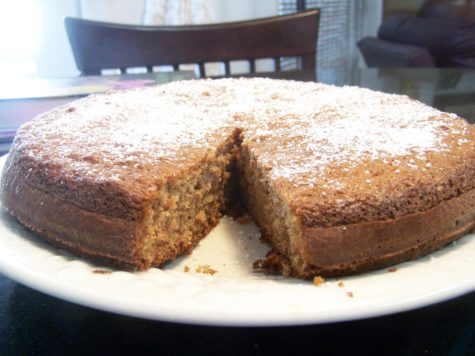 Super simple, moist and delicious almond meal and honey cake! This cake is gluten free and paleo friendly. Feel free to change up the flavors (see notes on how to do so). I think a lemon blueberry version would be delicious.

Preheat the oven to 325 degrees Fahrenheit. Grease a 9-inch pan (I used a springform pan) with butter and dust with almond flour/meal.

In another bowl, combine the beaten eggs, honey, olive oil and the zest of your orange. Use a whisk to mix well. Pour the wet ingredients into the dry. Stir just until there are a few clumps remaining, then gently fold in the raspberries.

Pour the mixture into your prepared pan.

Bake for 40 to 45 minutes, until the cake is golden brown and the center is firm to the touch. Place the cake on a wire rack to cool to room temperature.

Once the cake is out of the oven, slice your orange in half and squeeze out ¼ cup juice. Combine the juice with 1 teaspoon honey in a small saucepan. Warm over medium heat, while stirring, just until the honey is blended into the juice. Brush the orange-honey glaze over the warm cake. It should soak right in.

Once the cake is cool, use a sharp knife to slice into 8 pieces. Transfer each piece to a plate, sprinkle with powdered sugar (optional) and finish with a sprinkle of chopped pistachios.

Store this cake in the refrigerator, covered, for longevity. Those juicy berries make this cake more quick to spoil at room temperature.

Substitute an equal amount of other berries or fresh fruit for the raspberries and/or trade lemon or lime zest for the orange zest and/or garnish with fruit instead of powdered sugar and pistachios. If you omit the fruit completely, the cake will be done somewhere around 35-40 minutes. If you add additional fruit, you’ll need to bake longer. 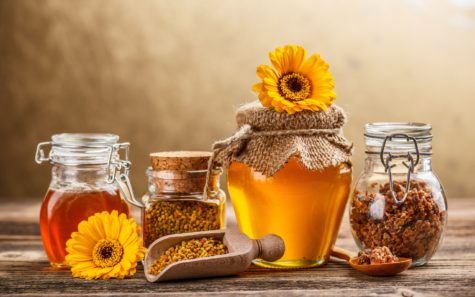 As many cooks have found, honey does more than sweeten and nourish – it adds its subtle depth, body, and mellow flavor to any dish in which it is used. Bakers have long relied upon honey as a necessary ingredient in all their tastiest products, not only for the flavor and color it adds, but because honey assures a moist and tender texture in all breads, cakes, and other baked goods.

Honey can be used in any recipe that calls for an all-purpose sweetener. Here are a few suggestions for the best possible results in cooking with honey.

From: The Honey Cookbook

The real beauty of honey, especially in comparison with other sweeteners, is its many types and their differences. The personality of any honey depends entirely upon which flowers or crops are in the foraging area of the bee colony. About 100 plants are known to provide over 90% of the nectar for honey, although there are thousands of plants that produce nectar. In America, honeybees depend mostly upon fields of clover, alfalfa, cotton, soybeans, and citrus trees, as well as asters, dandelions, goldenrod and sage.

Clover Honey: probably the most popular honey, commands a premium price because of its white to light amber color and mild aromatic flavor.

Alfalfa Honey: is also light in color, with a pleasingly mild aroma and flavor. Because it granulates slowly, it makes excellent chunk, comb, and section honey. It is very often blended with the darker, stronger honeys.

Citrus Honey: also known as Orange Blossom Honey, is very light in color with a distinct flavor, if it is pure. Most citrus honey is a combination of the nectar from oranges, lemons, limes, and grapefruit, as these so often grow in the same area.

Cotton Honey: compares with any honey of the finest quality, and is light amber in color, with a mild flavor.

Soybean Honey: is also light and mild. Its popularity is increasing with the rise in popularity of soybeans as a cash crop.

Buckwheat Honey: is becoming more and more rare in the US, although there are people who would go to any expense to get this honey, because of its distinctive, strong flavor and lovely dark color.

Aster Honey: varies from the light and mild variety of honey, to honey that is dark and distinctive.

Basswood or Linden Honey: which is water white with a very distinct flavor is also becoming rare in the US because basswood forests are declining.

Goldenrod Honey: is very thick and heavy, with a deep golden color. It also granulates quickly, so is very often sold to bakeries.

Dandelion Honey: varies from bright yellow to amber in color, although its flavor and aroma are very strong. It is usually sold to bakeries, as it granulates very quickly.

Sage Honey: also known as California Honey, is premium honey because it is beautifully white with a marvelous flavor, and will not granulate.

Gallberry Honey: is very light with a pleasant taste.

Maple Honey: The maple tree produces a pale amber honey known for its fine granulation – a plus for retailers of “creamed honey.”

Tupelo Honey: a light amber honey from the sour gum tree is preferred by some honey wholesalers because it does not granulate.

Tamarisk Honey: is a dark brown with a minty aroma.

Other plants that produce honey with a mild flavor and pleasing aroma include the lima bean, the cranberry and the palmetto. Apple, plum, and cherry trees all produce a light-colored honey with a superb flavor and aroma. Blackberry nectar produces a light honey similar to clover honey. 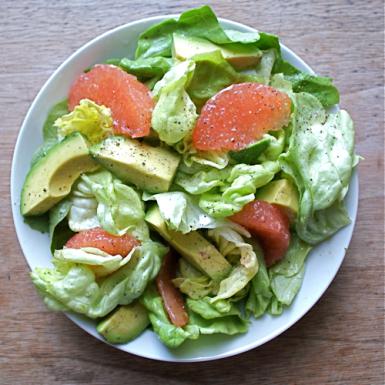 From The Honey Cookbook 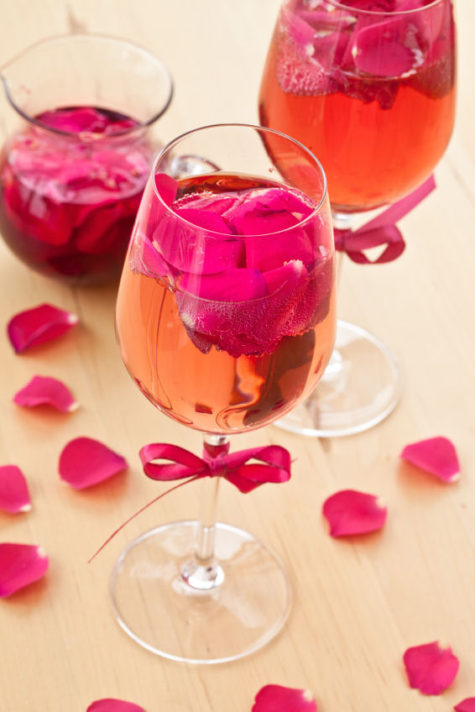 Place the rose petals in a clean, warm ceramic crock. Pour the boiling water over these. Cover and let stand for five days, stirring every day. Strain; pour back into the crock.

Add the honey, sliced lemons, and eglantine leaves; stir well. Add the yeast, which has been softened in 1/2 cup lukewarm water. Cover and let stand for two weeks.

Strain again and pour into bottles. Leave the bottles uncapped for three days; then cap and cork. Do not drink for at least two months.