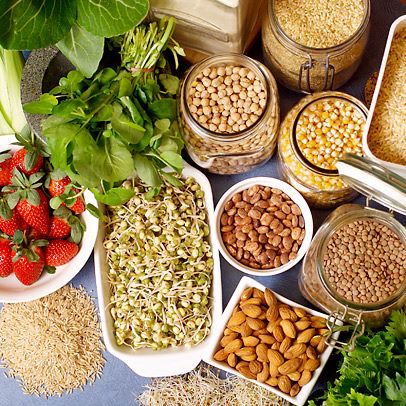 Fiber forms the skeletal system of plants. Without it no plant or tree would be able to stand upright. Dietary fiber, the roughage of yesteryear, consists of those parts of the plant foods that cannot be digested by enzymes or other digestive secretions in the alimentary canal.

Dietary fiber plays an important role in the maintenance of health and prevention of diseases. There is sufficient evidence to suggest that an artificial depletion of fiber as in case of refined cereals and sugar has over the last 100 years contributed to several degenerative diseases. Recent studies in this area indicate that sufficient intake of fiber-rich diet may help prevent obesity, colon cancer, heart disease, gallstones, irritable bowel syndrome, diverticulosis and diabetic conditions.

Studies have also established that dietary fiber is a collection of elements with a variety of functions rather than a single substance with single function as was assumed earlier. This new insight into the true nature of fiber has given the lie to old beliefs that bran is synonymous with fiber, that all fiber is fibrous or stringy and that all fiber tastes the same. 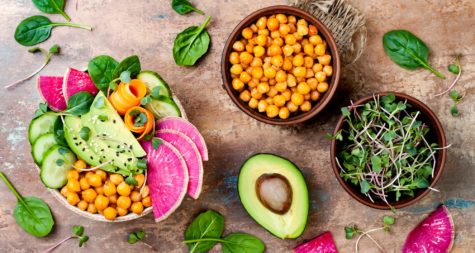 Fiber in the diet promotes more frequent bowel movements and softer stools having increased weight. The softness of stools is largely due to the presence of emulsified gas which is produced by the bacterial action on the fiber. A high fiber intake results in greater efficiency in the peristaltic movement of the colon. This helps in relieving the constipation which is the main cause of several acute and chronic diseases.

Recent studies suggest that increasing the dietary fiber intake may be beneficial for patients with irritated bowel syndrome who have diarrhea and rapid colonic transit, as well as to those who have constipation and slow transit. The high fiber diet, like bran, thus regulates the condition inside the colon so as to avoid both extremes – constipation and diarrhea.

Investigations have shown that several potential carcinogens are produced in the feces. Their production is related to the acidity of the gut content. The greater the acidity in the bowel content, the less is the production of these carcinogens. The breaking down of the fiber by bacteria renders the feces more acidic. This reduces the amount of possible carcinogenic substances.

Fiber reduces the absorption of cholesterol in the diet. It also slows down the rate of absorption of sugars from the food in the digestive system. Certain types of fiber increase the viscosity of the food content. This increased viscosity indirectly reduces the need for insulin secreted by the pancreas. Thus a fiber-rich diet can help in diabetes mellitus.

The most significant food sources of fiber are unprocessed wheat bran, whole cereals such as wheat, rice, barley, rye, millet; legumes such as potato, carrots, beet , turnip and sweet potato; fruits like mango and guava and leafy vegetables such as cabbage, lettuce and celery.

The percentage of fiber content per 100 grams of some foods are:

The foods which are completely devoid of fiber are meat, fish, eggs, milk, cheese, fats and sugars. Bran, the outer coverings of grains, is one of the richest sources of dietary fiber. And it contains several types of fiber including cellulose, hermicellulose and pectin. Wheat and corn bran are highly beneficial in relieving constipation.

Experiments show that oat bran can reduce cholesterol levels substantially. Corn bran is considered more versatile. It relieves constipation and also lowers LDL cholesterol, which is one of the more harmful kinds.

Besides being rich in fiber, bran has a real food value being rich in time, iron and vitamins and containing a considerable amount of protein. Dr.Dennis P. Burkitt, a noted British physician remarks, ” Grain roughage, such as rich bran and wheat bran, are an essential part of a healthy diet, and a preventive against diseases like piles, constipation, bowel cancer, varicose veins and even coronary thrombosis. ” Dr. Burkitt worked for many years in Africa and found after a series of observations that rural Africans who eat bulk of fibrous foods rarely suffer from any of these diseases.

Legumes have high fiber content. Much of this fiber is water- soluble, which makes legumes likely agents for lowering cholesterol. Soy beans, besides this, can also help control glucose levels. The types of fiber contained in vegetables and fruits contribute greatly towards good health. The vegetables with the biggest fiber ratings include sweet corn, carrots, potatoes, parsnips and peas. And among the high ranking fruits are raspberries, pears, strawberries and guavas. 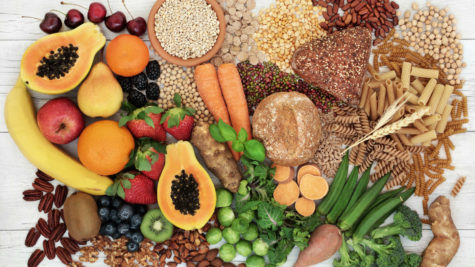 There are six classes of fiber. They are cellulose, hemicellouse, pectin, gums, mucilage and lignin. They differ in physical properties and chemical interactions in the gut, though all except lignin are poly-saccharides. The facts known so far about these forms of fiber as a result of various studies are discussed below.

It is the most prevalent fiber. It is fibrous and softens the stool. It abounds in fruits, vegetables, bran, whole-meal bread and beans. It is also present in nuts and seeds. It increases the bulk of intestinal waste and eases it quickly through the colon. Investigations indicate that these actions may dilute and flush cancer-causing toxins out of the intestinal tract. They also suggest that cellulose may help level out glucose in the blood and curb weight gain.

It is usually present wherever cellulose is and shares some of its traits. Like cellulose, it helps relieve constipation, waters down carcinogens in the bowel and aids in weight reduction. Both cellulose and hemicellulose undergo some bacterial breakdown in the large intestine and this produces gas.

This form of fiber is highly beneficial in reducing serum cholesterol levels. It, however, does not have influence on the stool and does nothing to prevent constipation. Research is being conducted to ascertain if pectin can help eliminate bile acids through the intestinal tract thereby preventing gallstones and colon cancer. It is found in apples, grapes, berries, citrus fruits, guava, raw papaya and bran.

They are the sticky fibers found in dried beans, oat bran and oatmeal. Investigations have shown that they are useful in the dietary control of diabetes and cholesterol.

The main function of lignin is to escort bile acid and cholesterol out of the intestines. There is some evidence that it may prevent the formation of gallstones. It is contained in cereals, bran, whole meal flour, raspberries, strawberries, cabbage, spinach, parsley and tomatoes. 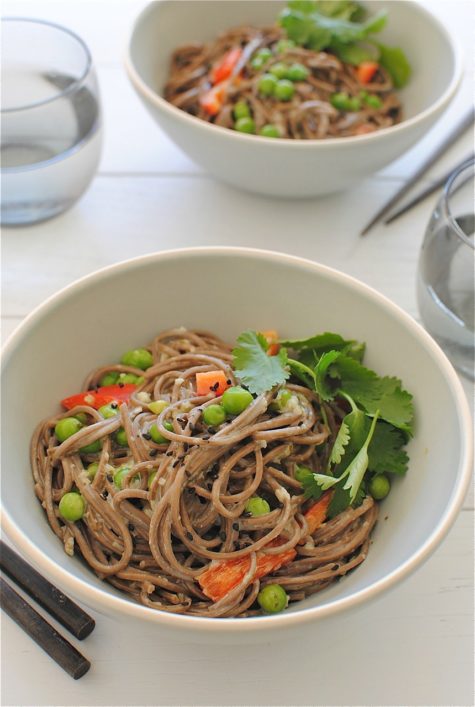 The best way to increase fiber content in the diet is to increase the constipation of wholemeal bread, brown rice, peas beans, lentils, root vegetables and sugar -containing fruits, such as dates, apples, pears and bananas. The intake of sugar, refined cereals, meat, eggs and dairy products should be reduced. Candies, pastries, cakes which are rich in both sugar and fat, should be taken sparingly. White processed bread should be completely eliminated from the diet.

There are divergent views as to the requirement of dietary fiber for good health. There is no recommended daily dietary allowance for it and hardly any data about optimum amounts. Some Africans known for lower incidence of degenerative diseases take about 150 grams of fiber a day. In Europe and North America, where there is a high incidence of such diseases, people take 25 grams or less a day.

Dr. John H. Cummings, a noted fiber expert in England, considers that a fiber intake of 30 grams (about one ounce) per day is sufficient for good health. Excessive consumption of fiber, especially bran, should however, be avoided.

Due to its content of crude fiber, bran is relatively harsh and it may irritate the delicate functioning of the digestive system, especially in the sick and the weak. Excessive use of fiber may also result in loss of valuable minerals like calcium, phosphorus, magnesium and potassium from the body through excretion due to quick passage of food from the intestine.

From: The Complete Handbook of Nature Cure

High fiber foods bulk up the digested food particles, meaning they are easier to pass and less of a trial for your digestive tract. What follows is a list of common foods along with their fiber content in grams.