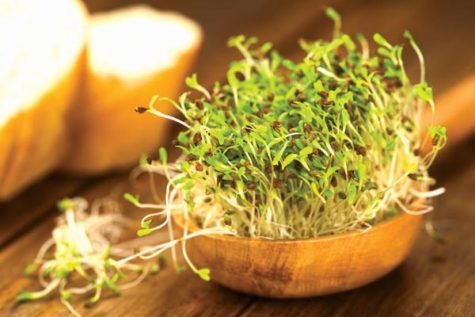 Alfalfa is America’s favorite sprout and is considered more nutritionally concentrated than other sprouts, primarily because of its rich mineralization. The tiny alfalfa seed produces a root that can reach 100 feed into the earth, where it has access to minerals and trace elements untouched by other plants.

Alfalfa follows the doctrine of signatures: its ability to produce exceptional roots benefits our “roots,” which are often identified physiologically as our intestines and kidney/bladder functions.

Arabs were the first to discover alfalfa and found it a highly strengthening food, both for themselves and their race horses. Because of its attributes, they named it al-fal-fa, which means “father of all foods.”

From: Healing With Whole Foods