A Rune-stave is a pattern which conveys that which transcends shapes and yet is an essence from which form is enabled to take shape. Each Rune is a means of relating to a natural potency that is within YOU and the Universe.

You can use Reiki to activate and concentrate the power of the Rune-staves in much the same way you would when working with the symbols in 2nd Degree Reiki. If you don’t have 2nd Degree Reiki, it will work just as well, and is especially fun if you are eager to begin working with symbols.

From the list below, find an intention that you would like to work with. This can be something you want to empower for yourself personally, or it can be for someone else.

Concentrate your attention on that Rune, and couple with it the intention you have chosen from the list. Now, with your finger, draw that Rune symbol on the palm of each hand. Next, place your hands where it feels most appropriate and allow the Reiki to flow.

It’s that simple. The Rune will be activated and bring along with it, it’s own power and potency.

Below is a simplified listing of each Rune, and the qualities they can awaken within.

This three dimensional symbol is used in Reiki. It has its own consciousness and works directly with your aura and chakras causing deep healing. More about this ancient symbol can be found here: The Antahkarana ~ Ancient Symbol of Healing

Use in Reiki Treatments:

Symbols printed on cloth work best for use when giving Reiki treatments as they allow you to place them on the clients body over the areas needing healing. When used in this way, you can then place your hands on top of the symbol and do Reiki through the symbol into the client. This will make your treatments more effective and the person will heal faster.

The Antahkarana symbols can also be placed on the floor under the Reiki table or even tacked to the bottom of the table with the image facing up. Remember, just having the in your presence will have a beneficial effect.

Uses For Each Antahkarana Symbol

There are several variations of the Antahkarana symbol, here is a brief explanation of each one:

The large single symbol is more female and creates its healing in a gentle way healing the female energies of both men and women.

The smaller single symbol is more male and more direct, focused and penetrating and will heal the male energy of both men and women. Use your intuition in deciding which one to use.

The Cosmic Cross is made of seven symbols crossing each other. This represents the seven major chakras. This symbol will purify your energy and can be used to open the heart.

The Anthakarana symbol will also neutralize negative energy that has collected in objects such as jewelry or crystals simply by placing the object between two symbols. In addition, it will enhance all healing work including Reiki, Mahikari, Jin Shin, Polarity Therapy, Chiropractic, Hypnotherapy, and Past Life Regression. These positive effects have been confirmed over and over by the improved results noted by those using the symbol and by clairvoyent observation by those trained in sensing changes in the aura and chakras.

Rei Ki – What the Words Mean

Mrs. Hawayo Takata, who introduced Reiki to the West, said the word Rei means universal and this is the definition most have accepted. However, Mrs. Takata also indicated that this interpretation is a very general one. The kanji ideograms have many levels of meaning. They vary from the mundane to the highly esoteric. So while it is true that Rei can be interpreted as universal, meaning that it is present everywhere, this level of interpretation really doesn’t add to our understanding of Reiki.

Research into the esoteric meaning of the Japanese kanji character for Rei has given a much deeper understanding of this ideogram. The word Rei as it is used in Reiki is more accurately interpreted to mean supernatural knowledge or spiritual consciousness. This is the wisdom that comes from God or the Higher Self. This is the God-Consciousness which is all knowing. It understands each person completely. It knows the cause of all problems and difficulties and knows what to do to heal them.

Ki means the same as Chi in Chinese, Prana in Sanskrit and Ti or Ki in Hawaiian. It has also been called, odic force, orgone, and bioplasma. It has been given many other names by the various cultures that have been aware of it.

If your life force is low, or if there is a restriction in its flow, you will be more vulnerable to illness. When it is high, and flowing freely, you are less likely to get sick. Life force plays an important role in everything we do. It animates the body and also is the primary energy of our emotions, thoughts and spiritual life.

The Chinese place great importance on the life force or what they call Chi. They have studied it for thousands of years and have discovered there are many different kinds of Chi. The “Yellow Emperor’s Classic of Internal Medicine” which is over 4,000 years old, lists thirty-two different kinds of Chi or Ki.

Ki is used by martial artists in their physical training and mental development. It is used in meditative breathing exercises called Pranayama, and by the shamans of all cultures for divination, psychic awareness, manifestation and healing. Ki is the nonphysical energy used by all healers. Ki is present all around us and can be accumulated and guided by the mind.

It is the God-consciousness called Rei that guides the life force called Ki in the practice we call Reiki. Therefore, Reiki can be defined as spiritually guided life force energy. This is a meaningful interpretation of the word Reiki. It more closely describes the experience most people have of it; Reiki guiding itself with its own wisdom, and being unresponsive to the direction of the practitioner. 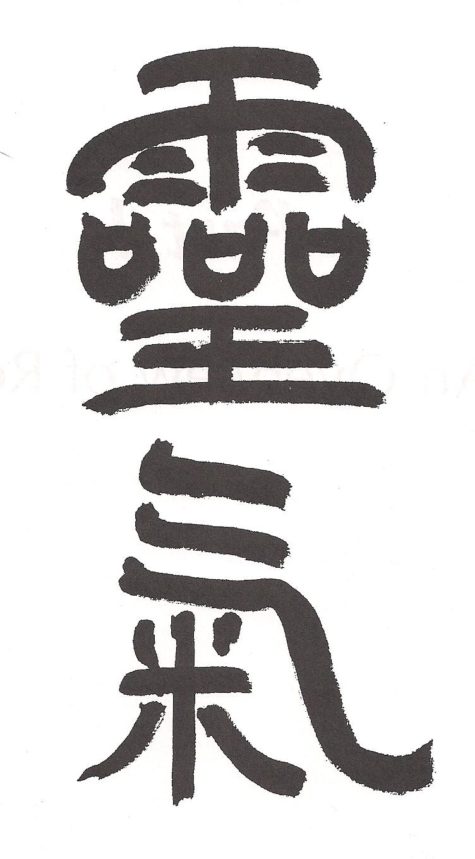