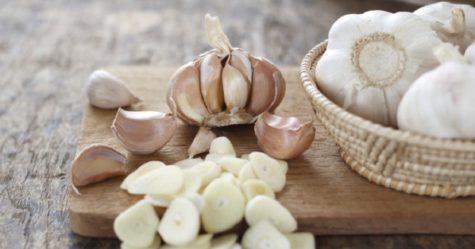 He then tested garlic on a group of 432 heart-disease patients, most recovering from heart attacks. Half the group are two or three fresh raw or cooked garlic cloves every day for three years. They squeezed the garlic into juice, put in in milk as a “morning tonic” or ate it boiled or minced. The other half ate no garlic. After the first year, there was no difference in the rate of heart attacks between the groups.

Dr. Bordia suggests that, over time, steady infusions of garlic both wash away some of the arterial plaque and prevent future damage. Garlic’ main weapon is probably a conglomeration of antioxidants. Garlic is said to possess at least 15 different antioxidants that may neutralize artery-destroying agents.

Note: Cooked garlic was as effective as raw garlic in warding off heart attacks and deaths, according to Dr Bordia.