The Time of the Gypsies 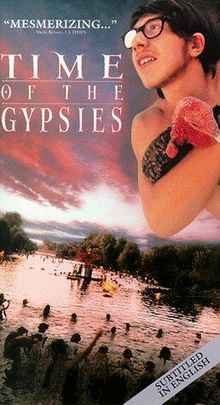 Time of the Gypsies

tells the story of a young Romani man with magical powers who is tricked into engaging in petty crime. It is widely considered to be one of Kusturica’s best films.

The film revolves around Perhan, a Gypsy teenager with telekinetic powers and his passage from boy to man that starts in a little village in Yugoslavia and that ends in the criminal underworld of Milan.

Here’s the trailer for the movie: