Miracles of an Alkalizing Diet

The human body is composed of various organs and parts, which are made up of tissues and cells. These tissues and cells are composed of 16 chemical elements. The balance or equilibrium of these chemical elements in the body is an essential factor in the maintenance of health and healing of disease. The acid-alkaline balance plays a vital role in this balanced body chemistry.

All foods, after digestion and absorption leave either an acid or alkaline ash in the body depending on their mineral composition. The normal body chemistry is approximately 20 per cent acid and 80 per cent alkaline. This is the acid-alkaline balance. In normal health, the reaction of the blood is alkaline and that is essential for our physical and mental well-being.

The preponderance of alkali in the blood is due to the fact that the products of the vital combustion taking place in the body are mostly acid in character. Carbohydrates and fats form about nine-tenths of the normal fuel of the body.

In normal health, this great mass of material is converted into carbon dioxide gas and water. Half of the remaining one-tenth fuel is also converted into the same gas and water. This huge amount of acid is transported by the blood to the various points of discharge, mainly the lungs. By virtue of alkalinity, the blood is able to transport the acid from the tissues to the discharge points. 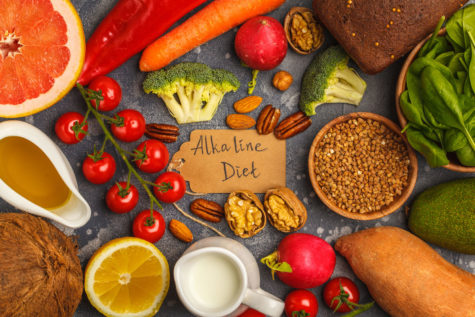 Whenever the alkalinity of the blood is reduced, even slightly, its ability to transport the carbon dioxide gets reduced. This results in the accumulation of acid in the tissues. This condition is known as acidosis or hypo-alkalinity of the blood. Its symptoms are hunger, indigestion, burning sensation and pain in the pharynx, nausea, vomiting, headache, various nervous disorders and drowsiness.

Acidosis is the breeding ground for most diseases. Nephritis or Bright’s disease, rheumatism, premature old age, arteriosclerosis, high blood pressure, skin disorders and various degenerative diseases are traceable to this condition. It seriously interferes with the functions of the glands and organs of the body. It also lowers the vitality of the system, thereby increasing the danger of infectious diseases.

The main cause of acidosis or hypo-alkalinity of the blood is faulty diet, in which too many acid forming foods have been consumed. In the normal process of metabolism or converting the food into energy by the body, various acids are formed in the system and in addition, other acids are introduced in food. Whenever there is substantial increase in the formation of acids in the system and these acids are not properly eliminated through the lungs, the kidneys and the bowels , the alkalinity of the blood is reduced, resulting in acidosis.

Other causes of acidosis are depletion of alkali reserve due to diarrhea, dysentery, cholera etc., accumulation of carbon dioxide in asphyxia and anoxia as in circulatory and pulmonary diseases and accumulation of acetone bodies resulting from starvation, vomiting and diabetes mellitus.

Acidosis can be prevented by maintaining a proper ratio between acid and alkaline foods in the diet. Certain foods leave alkaline ash and help in maintaining the alkalinity of the food, while others leave highly acid ash and lower the alkali reserve of the blood and tissue fluids to a very large extent. Eggs do the same but less strongly than meats. Cereals of all kinds, including all sorts of breads are also acid-forming foods , though much less than meats.

All fruits, with exceptions like plums and prunes and all green and root vegetables are highly alkaline foods and help to alkalinize the blood and other tissue fluids. Thus, our daily diet should consist of four-fifth of alkaline-forming foods such as juicy fruits, tubers, legumes, ripe fruits, leafy and root vegetables and one fifth of acid-forming foods containing concentrated proteins and starches such as meat, fish, bread and cereals.

Eating sensibly in this manner will ensure the necessary alkalinity of the food which will keep the body in perfect health. Whenever a person has acidosis, the higher the ratio of alkaline forming foods in his diet, the quicker will be the recovery. Acids are neutralized by alkali. It is, therefore, imperative that persons suffering from various ailments are given adequate alkaline ash foods to offset the effects of acid-forming foods and leave a safe margin of alkalinity. 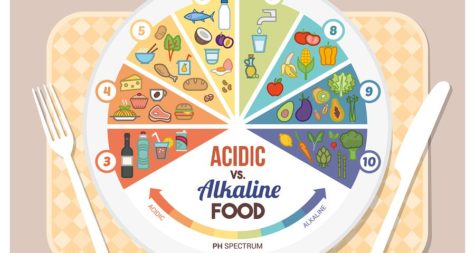 In the diet during disease, breakfast may consist of fresh fruits, lunch may comprise raw vegetables with acid and sub-acid fruits, and for dinner raw and cooked vegetables, or light starchy vegetables like beet, carrot, cauliflower, egg-plant and squashes may be taken. Sweet fruits may be added to this diet after seven days.

Depending on the predominating constituents in a particular food, it is classified as acid-forming or alkaline-forming. The effect of food stuffs upon the alkalinity of the blood depends upon their residue which they leave behind after undergoing oxidation in the body.

It is an error to presume that because a food tastes acid, it has an acidic reaction in the blood. For instance, fruits and vegetables have organic acids in combination with soda and potash in the form of acid salts. When the acids are burnt or utilized in the body, the alkaline soda or potash is left behind. Hence the effect of the natural fruit acids is to increase the alkalinity of the blood rather than reduce it. 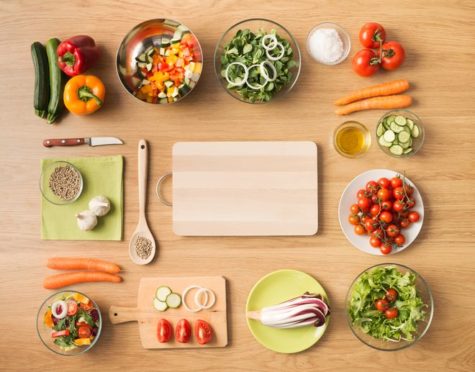 Based on the above observations, the following charts show the common foods with acid and alkaline ash :

The following foods are best if limited to one fifth of your total diet.

The following foods should take up about four-fifths of your total diet.