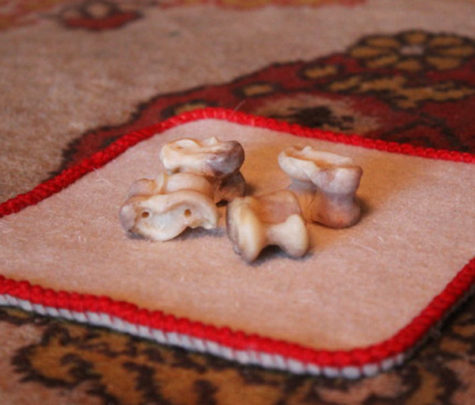 Shagai refers to the astragalus of the ankle of a sheep or goat. The bones are collected and used for traditional games and fortunetelling throughout Central Asia, and games involving the ankle bones may also be referred to by the name of the bones. They may be painted bright colors.

Such bones have been used throughout history, and are thought to be the first forms of dice. In English language sources, shagai may be referred to as “ankle bones”, and playing with shagai is sometimes called ankle bone shooting.

Among the Mongolians, four unmarked sheep astragalus or knuckle bones are thrown, each of which has four distinguishable sides, which produces an array of 36 possible answers to any given question. The name for this system of divination is shagai, often rendered in English as “Complicated Fortune Telling.” In addition to functioning as a system of divination, shagai can also be played as a gambling game.

Shagai games are especially popular during the Mongolian summer holiday of Naadam. In shagai dice, the rolled shagai generally land on one of four sides: horse, camel, sheep or goat. A fifth side, cow, is possible on uneven ground. 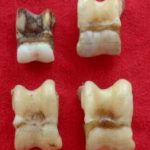 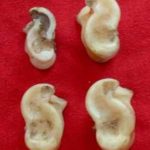 In fortunetelling, four shagai are rolled on the ground; the two convex sides, horse and sheep, are considered lucky, with horse being the luckiest. The sides with concave indents, goat and camel, are deemed unlucky; rolling all four sides on one throw is considered indicative of very good fortune.

Mongolians still exchange shagai today as tokens of friendship. The shagai may be kept in a little pouch. In addition, Mongolians (usually male) also collect wolf shagai, which are viewed as good-luck tokens.