Taromancy – What is it? 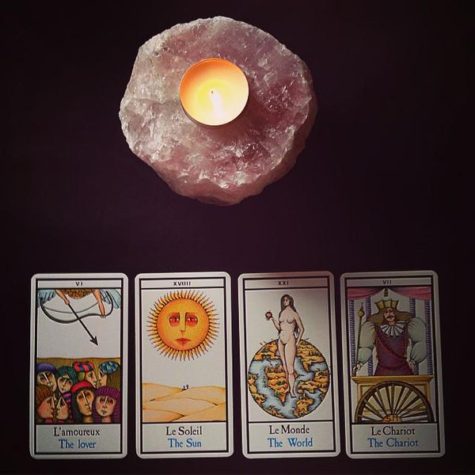 Taromancy is the art of divination through the use of Tarot cards. It is the most common and popular way to predict future. It is easy too and everyone use this way, you don’t have to have special traits all you need is the willingness to honor and develop your natural intuition. It only requires a tarot deck.

The Tarot deck is a deck of 78 picture cards that has been used for centuries to reveal hidden truths. In the past few years, interest in the tarot has grown tremendously. More and more people are seeking ways to blend inner and outer realities so they can live their lives more creatively. They have discovered in the tarot a powerful tool for personal growth and insight. The tarot can help you understand yourself better and teach you how to tap your inner resources more confidently.

The origin of the tarot is a mystery. We do know for sure that the cards were used in Italy in the fifteenth century as a popular card game. Wealthy patrons commissioned beautiful decks, some of which have survived. The Visconti-Sforza, created in 1450 or shortly thereafter, is one of the earliest and most complete.

Later in the eighteenth and nineteenth centuries, the cards were discovered by a number of influential scholars of the occult. These gentleman were fascinated by the tarot and recognized that the images on the cards were more powerful than a simple game would suggest.They revealed (or created!) the “true” history of the tarot by connecting the cards to Egyptian mysteries, Hermetic philosophy, the Kabbalah, alchemy, and other mystical systems.

The tarot is most commonly viewed as a tool for divination. A traditional tarot reading involves a seeker – someone who is looking for answers to personal questions – and a reader – someone who knows how to interpret the cards. After the seeker has shuffled and cut the deck, the reader lays out the chosen cards in a pattern called a spread. Each position in the spread has a meaning, and each card has a meaning as well. The reader combines these two meanings to shed light on the seeker’s question.

4 Responses to Taromancy – What is it?