Bibliomancy – What is it? 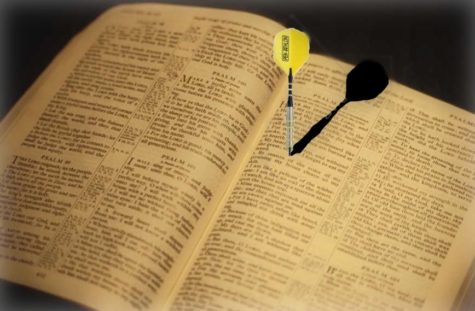 Bibliomancy is a form of Stichomancy or Libromancy (“divination from lines”), which involves selecting a random passage from a random book of any nature. Bibliomancy and Stichomancy have been popular methods of divination for at least 3000 years, when the I Ching was first used to divine the future.

The method of employing sacred books (especially specific words and verses) for ‘magical medicine’, for removing negative entities, or for divination is widespread in many religions of the world.

According to one source, the original use of Bibliomancy was a method to discover whether or not a person was innocent of sorcery. It consisted of weighing the suspect against the great Bible in the local church. If the subject weighed less than the Bible, he or she was considered innocent. Later, Bibliomancy became attached to any divinatory use of the Bible.

In medieval times it was believed that Bibles laid on a child’s head would induce sleep, and that reading from the Bible to a pregnant woman would give her a safe delivery.

Some Christian and Jewish groups believe that the Bible forbids divination in general, however, according to the Shulchan Aruch, it is not the sin to divine an answer using the “goral“, the practice of opening the Chumash to see an answer to a question, or asking a child for the first piece of scripture that comes to his mind.

The name Rhapsodomancy has also been used for this practice, which involved opening the book at random and then interpreting the omens in a prophetic fashion, usually using the first words or sentences read. A historical precedent was the ancient Roman practice of sortes “divination by drawing lots” which specialized into sortes using the texts of Homer, Virgil, and the Bible.

St. Francis of Assisi, to seek divine guidance, is said to have thrice opened to a random page of the book of Gospels in the church of St. Nicholas. Each time he opened to a passage in which Christ told His disciples to leave their earthly belongings and follow Him.

In Iran, Bibliomancy using the dīvān of Hafiz is the most popular for this kind of divination, but by no means the only kind. The Qur’an, as well as the Masnawī of Rumi may also be used. Fāl-e Ḥafez may be used for one or more persons. In group bibliomancy, the dīvān will be opened at random, and beginning with the ode of the page that one chances upon, each ode will be read in the name of one of the individuals in the group.

The ode is the individual’s fāl. Assigning of the odes to individuals depends on the order in which the individuals are seated and is never random. One or three verses from the ode following each person’s fāl is called the šāhed, which is read after the recitation of the fāl. According to another tradition the šāhed is the first or the seventh verse from the ode following the fāl. An ode which had already been used for one individual in the group is disqualified from serving as the fāl for a second time.

There is a prevalent practice among certain, particularly messianic, members of Chabad-Lubavitch Chasidic movement to use the Igrot Kodesh, a thirty-volume collection of letters written by their leader Menachem Mendel Schneerson for guidance.

Another variant requires the selection of a random book from a library before selecting the random passage from that book. This also holds if a book has fallen down from a shelf on its own.

English poet Robert Browning used this method to ask about the fate of his enchantment to Elizabeth Barrett (later known as Elizabeth Barrett Browning). He was at first disappointed to choose the book Cerutti’s Italian Grammar, but on randomly opening it his eyes fell on the following sentence: ‘if we love in the other world as we do in this, I shall love thee to eternity’ (which was a translation exercise).

Sources: Wikipedia and other sources

I’ve consulted the “library angel” at home, in libraries all over the world, in bookstores, and with friends’ books for many years. I suggest you begin at home next to your own bookshelf, where you’ll have the most privacy.

Begin by relaxing and then quieting your mind. Focus on your intent and address the magical portals into divine wisdom that are before you by acknowledging their power and their role, for example:

“I invite the numinous spirit that resides within these volumes to guide my hand, and my inquiry. Please help me find wisdom.”

“I acknowledge you as my guide.”

Allow the book to open in your hands. Open your eyes and let them light upon the page. Read what is before you.

It may take time to meditate upon the answer you have received, or the message may be absolutely clear immediately. You may ask for clarification if you need to, but don’t ask the same question twice.

Write down the passage your received and even if it does not seem immediately meaningful, let it evoke feelings. And end the divination by giving thanks to the book, the library angel, and the Divine for their assistance.