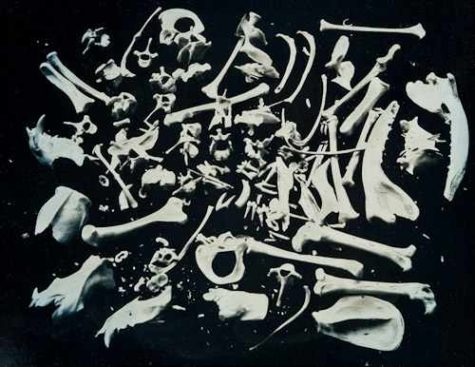 This I have never seen done, only heard it described by an African-American woman born in Tennessee whose grandfather did it, circa 1945-50, when he was very old and she was young. She told me that he would only read the bones outdoors in the yard, sitting on the dirt and throwing them into a circle drawn in the dirt.

She asked me if I knew enough about reading possum bones to refresh her childhood memories of her grandfather’s method, but alas, I did not; however, according to Eoghan Ballard of the University of Pennsylvania, this woman’s grandfather was throwing the bones according to a system used by Bantu people throughout Southern Africa; the bones are usually knuckle bones, marked with dots and crosses.

The reading of knuckle bones led, quite naturally, to the use of dice in divination, and in America dice reading, especially when performed according to one of the popular 19th century French methods, has more or less replaced reading the bones among African-Americans.