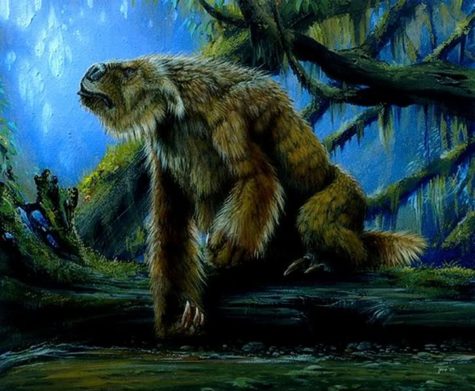 The mapinguari (“roaring animal” or “fetid beast”) is basically the bigfoot of South America. This roaring beast wanders the forests of South America, tearing down brush and trees with its powerful claws and leaving behind a trail of destruction as it looks for food.

According to native folklore the creature has a series of unnatural characteristics related to other fantastic beings of Brazilian mythology. These include the creature only having one eye, long claws, lizard-like skin, backward feet, and a second mouth on its belly. In more recent alleged eyewitness accounts, it has consistently been described as resembling either an ape or giant ground-dwelling sloth and having long arms, powerful claws that could tear apart small trees, a sloping back, reaching heights of 7 feet when standing on its hind legs, and covered in thick, matted fur. 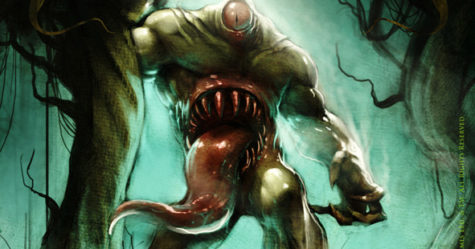 This cryptid is described as a giant smelly beast that can stand on its feet like a grizzly, having the face of a monkey and thick fur over skin tough enough to stop a shotgun round in its tracks. Some sources have reported it sporting a second mouth in the middle of its belly, which emits a disgusting odor that leaves men dizzy, confused, and unconscious.

According to legend, it is slow but ferocious and very dangerous due to its ability to move without noise in the thick vegetation, surprising the unsuspecting locals. Accounts state that it gave off a putrid stench and emitted a frightening shriek, and that weapons such as arrows and bullets could not penetrate the Mapinguari’s alligator-like hide.

Its only known weakness is that it avoids bodies of water, which limits its movements in a region where so many rivers, brooklets and lagoons exist (especially during the rainy season). It was believed to be carnivorous, as a 1937 report from central Brazil claimed a mapinguari had gone on a three-week rampage, killing over 100 cows and ripping out the tongues from their carcasses. However, in all accounts it did not eat humans, although when it smells the presence of people it stands up on its back feet, becoming as tall as two metres, a movement similar to grizzly bears.

Often, people say the mapinguari serves as a sort of jungle protector, attacking those who take more resources than necessary. In this sense, it is similar to other legendary protector/punisher figures, like the boitatá and the curupira, a creature with backward feet who finds joy in confusing hunters. 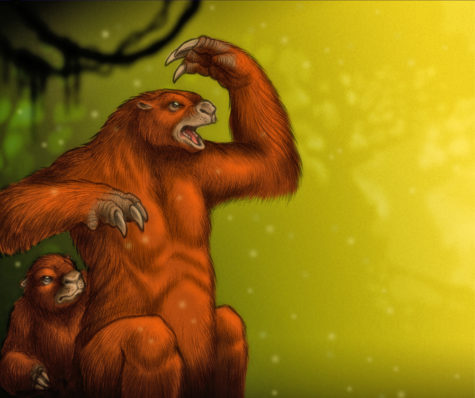 According to Brazilian stories, the Mapinguari was once an Amazonian shaman who discovered the key to immortality thousands of years ago. He angered the gods and was severely punished as to his discovery, which forced him to be transformed into a wandering beast for the rest of his life.

Most sightings show the beast as a giant sloth, although a few see it as an ape-like creature. Most cryptozoologists speculate that the Mapinguari is either a Megatherium, a large giant ground sloth from the Ice Age that lived in the area, or another species of Giant Sloth.

There are accounts of this sort of creature that span tribal groups who have no contact with each other, and many similar stories from hunters, rubber tappers, and more. The ubiquity and consistency of these reports piqued the interest of some scientists. One, an ornithologist named Dr. David Oren, has arranged expeditions to search for the mapinguari, but so far has collected zero sightings and a bunch of hair and feces that turned out to be be the deposits of giant anteaters and the hair of small rodents. 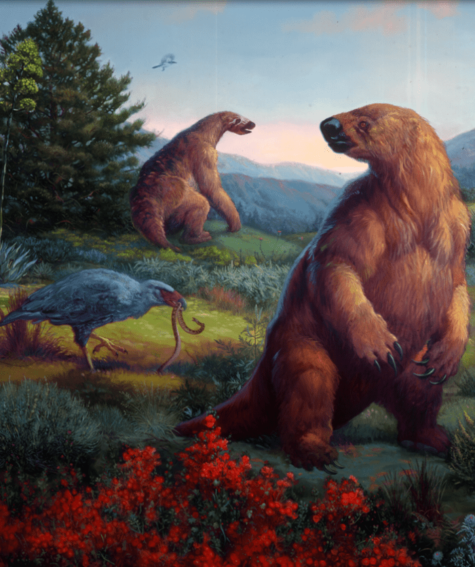 One member of the Machiguenga tribe in Peru told another scientist, Dr. Glenn Shepard, that he had seen a mapinguari in a museum in Lima. That museum just so happens to include a display featuring a model of Megatherium.

Lucas Karitiana, a member of the Karitiana tribe in Brazil, insists his son encountered one in the forest, and, although he escaped unscathed, the whole surrounded area looked “as if a boulder had rolled through and knocked down all the trees and vines.”

Promote Your Page Too
Bread Crumbs
A trail of bread crumbs just in case you lose your way exploring your higher power. Site News > The Powers That Be > What’s New > Legendary Creatures > The Mapinguari