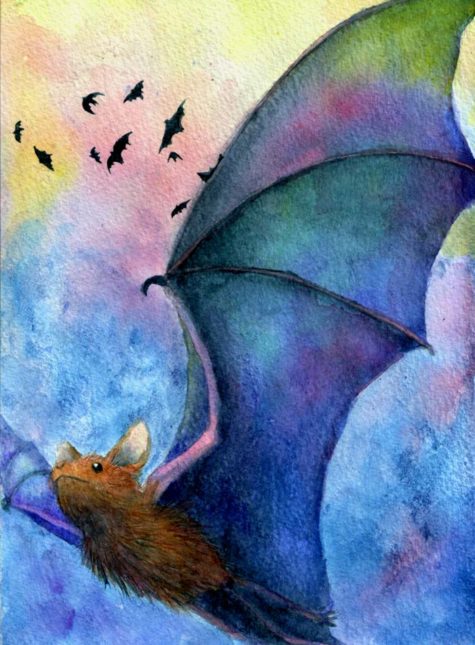 The bat is one of the most misunderstood mammals. Modern depictions in movies and television have given it a sinister reputation, but it plays an important role in Nature and as a symbol in the totem traditions. Although more modern lore places the bat in cohorts with the devil, with its dragon-like wings, in more ancient times it was a powerful symbol.

In Babylonia bats represented the souls of the dead. In China they were symbols for happiness and long life. To the ancient Mayans, they are symbols of initiation and rebirth. To the medieval peoples, they were miniature dragons.

From the early Meso-America traditions came a sacred book of the initiatory process in which bats hold a significant role. This book was called the Popol Vuh It was discovered by Father Ximinez in the 17th century. (You can read excepts from it on Widdershins). The second book of the Popol Vuh describes the seven tests that two brothers must undergo The seventh test took them into the house of bats. Huge bats flew through the labyrinth and it was overseen by Camazotz, the god of bats. This being had the body of a human, the head and wings of a bat, and carried a great sword by which he would decapitate unwary wanderers.

This powerfully symbolic story and imagery reflects the process of transition – part human and part bat (animal). It implies a loss of one’s faculties if unwary about the changes. It also holds the promise of rebirth and coming out of the darkness. 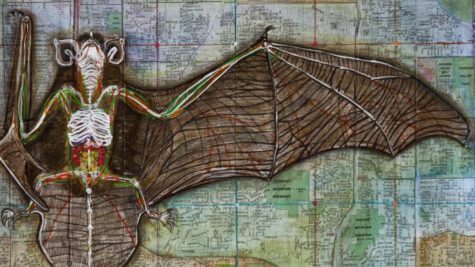 The authors, Jamie Sams and David Carson, refer to the bat as reflecting the traditional shaman’s death – the breaking down of the former self through intense tests. It is a facing of your greatest fears – that it is time to die to some aspect of your life that is no longer suitable for you.

Most people fear transitions, holding onto a “better the devil you know than the one you don’t” kind of attitude. If a bat has flown into your life, then it is time to face your fears and prepare for change. You are being challenged to let go of the old and create the new.

For many, change is always distressing. When the bat comes into your life, you may see some part of your life begin to go from bad to worse. That which worked before may no longer. This is not negative though! And it will only be upsetting to the degree that we are emotionally attached to the old way of life or to the degree we focus on the past rather than the infinite possibilities of the future.

Changes and transformations are blessings. They are not triggered from without but from within; and the world is our mirror. As we change, even within our consciousness, everything reflected with the world also begins to change. To understand and enjoy the blessing of change, begin by taking or renewing responsibility for your life. This means opening to the power within which will override all fears. 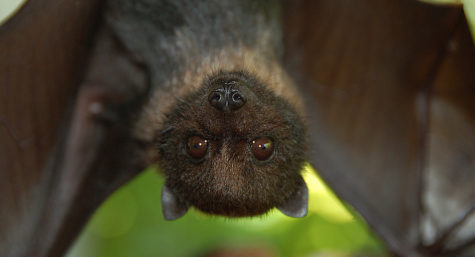 Look beyond the immediate and limited circumstances. There can be no death without there also being rebirth. Everything reflects the divine. Remember that fear and death is choosing to block or go against the Divine energies that are yours by right of inheritance. Rebirth and life are found by choosing to follow the flow within. The choice is always ours. Remember that each time you trust your inner promptings, you chase the fears within the dark corners of your mind away.

Though small in stature, the bat is a powerful symbol. Its medicine is strong and can even be traumatic. It is a nocturnal animal, and the night was often considered the home of fears. Home fires and lights are often used to chase back the night and the fears rather than facing them and transmuting them.

Sometimes bats are a symbol of facing our fears. They have very sharp, needle-like teeth. They can also be carriers of rabies. Rabies is an infectious disease of the blood, created by a virus. It was often associated with madness. Fears that are allowed to spread, uninhibited, will eventually permeate our system and can create a kind of madness within our lives. Bats can reflect a need to face our fears. The imaginings that result from fears that are incubating are often much worse than the actual facing of the fears, themselves.

From a naturalistic view, bats are not sinister. They play a very valuable role in nature. They feed on insects and are essential to the pollination of many plants. Their waste product, guano, is also used as a valuable fertilizer. This hints that every aspect of facing our fears will have value to us, no matter how messy it may seem to be. It holds the promise of empowerment. 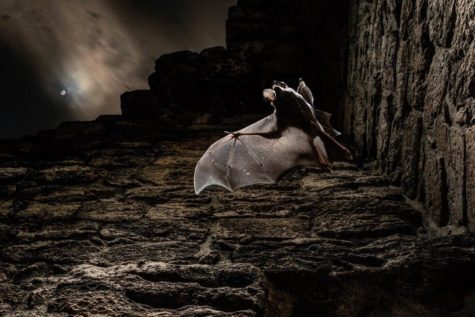 The bat is also the only flying mammal. Its tremendously elongated finger bones support the wings which are made of a tough leathery skin. Its flight seems fluttery and jerky, but it is flight nonetheless All flight implies a rising above.

Because humans are mammals as well, the bat is an even more important symbol for us. It becomes a symbol of promise amidst the sometimes chaotic energies of change. It reflects the ability to move to new heights with the transitions. Yes, our own flights may seem fluttery and jerky, but we will be able to fly.

We will not only be able to fly as a result of the changes, but we will be able to see the world from an entirely new perspective. Bats sleep with their heads down. This posture has always reminded me of the Hanged Man card in the tarot deck. 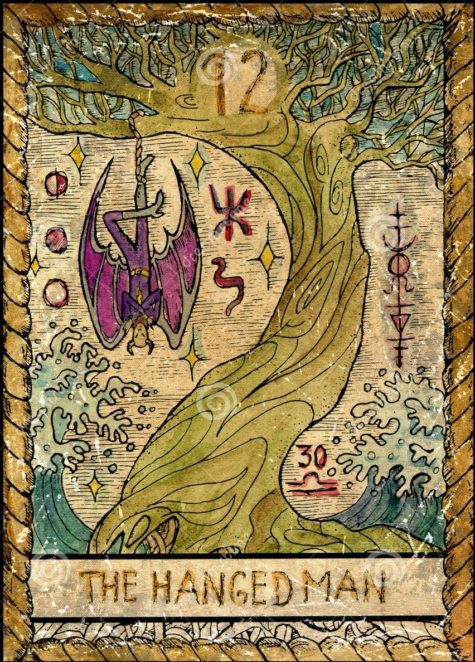 This card reflects the piercing of new barriers and the opening to higher wisdom. It symbolizes a new truth being awakened. It also implies great strength and stamina to handle the ordeals that may beset you as you open to new consciousness. Its message contains the promise of new horizons and unexpected views about to manifest. Meditation upon this card would be most beneficial for those with a bat as a totem.

The bat is actually a sociable animal. It lives in flocks and thus its appearance usually reflects either a need for more sociability or increased opportunity with greater numbers of people.

The bat has a medicine which awakens great auditory perception. The idea of “blind as a bat” is wrong. Bats are not blind, and their eyes are large and developed. They can easily navigate by sight in lighted situations. 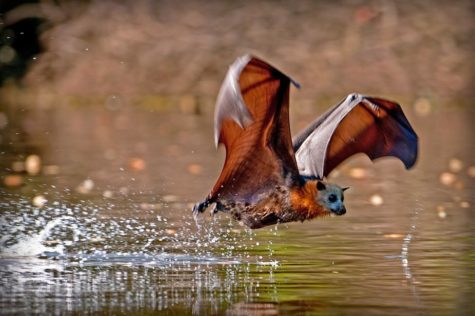 On the other hand, they are expert at maneuvering through the dark. They have a form of sonar in their nose that gives them perfect navigation. Their ability at echo-location enables them to perform amazing flying feats even within the flock. They rarely, if ever, collide. This sonar and echo-location can be linked metaphysically to the gift of clairaudience or clear-hunting. It awakens the ability to hear spirit.

Those with a bat as a totem will also find that they have an increasing ability to discern the hidden messages and implications of other people’s words. Listen as much to what is not being said. Trust your instincts. The nose is the organ of discrimination, and with its sonar located in its nose, the bat reflects the ability to discriminate and discern the truth in other people’s words.

The bat is powerful medicine. It can be trying, but it always indicates initiation – a new beginning that brings promise and power after the changes.

From: Animal Speak by Ted Andrews

Promote Your Page Too
Bread Crumbs
A trail of bread crumbs just in case you lose your way exploring your higher power. Site News > The Powers That Be > What’s New > Animal Guides and Totems > The Bat