What Is Affirmative Prayer? 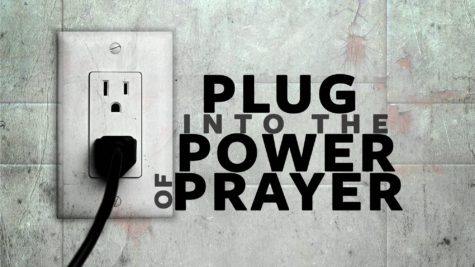 Affirmative prayer is a form of prayer or a metaphysical technique that is focused on a positive outcome rather than a negative situation. For example, a person who is experiencing some form of illness would focus the prayer on the desired state of perfect health and affirm this desired intention “as if already happened” rather than identifying the illness and then asking God for help to eliminate it.

Practitioners among the various New Thought denominations Religious Science, Divine Science and Unity may also refer to this form of prayer by such names as “scientific prayer,” “spiritual mind treatment” or, simply, “treatment.”

Within New Thought organizations, centers and churches, the foundational logic of this form of prayer is based on the belief that God is unlimited and plays no favorites, that God has created spiritual laws that are both as mysterious and as constant as scientific principles like gravity, and thus, if one’s prayer is correctly and diligently focused, it will be answered consistently.

Some thoughts about affirmative prayer:

(from The Prosperity Project – Talking To God)

Daniel commented: I have been reading a book of lectures that were given by Ernest Holmes, the founder of Science and Mind so I had a little better idea of their thinking/philosophy which made only a tiny bit of difference. The thing that struck me the most was the person at Science of Mind spoke with conviction, spoke clearly, as in it did not feel like a philosophical puzzle I had to unravel before I could know/understand the prayer. She spoke with conviction that what she was saying/declaring was the truth, the only truth, now and always.

There are a couple of thoughts I would like to share because they really spoke to me on our little project:

“….suppose you are demonstrating prosperity; you must do more than declare you are prosperous. You must know that no human law, no human thought, which is always seeking manifestation, can operate against your treatment. It knows itself to be the fulfillment of everything concerning you, and you will then surround yourself with a wall and protection of positive thought that nothing can operate against. Otherwise your word, unless it goes forth with power, speaking in a human way, would get tangled up in the false words. It must know itself. You must realize that, then you know it. You must know that your word is more than anything else. Otherwise your word will not amount to anything. The highest thought and the highest word are good through the omnipresence of God.”

“I must not only say, ‘I am not poor’ because it sounds nice to say it, but then there must be that within me spiritually that knows I am not: there must be a deep conviction within that knows all the truth of that which I say. Perhaps a million times I will have to do that over and over until I get over that false habit of thought. Whatever hinders your progress is nothing but thought force working; and when you learn how to destroy it and get rid of it and know the truth, it will depart. Stop looking at the world the world as a conditioned thing governed by matter, matter, matter. Let matter alone. It is all right in itself.”

These made me think of the vibrations we were discussing earlier in the project, negative and positive. Mr. Holmes speaks often of stating the truth, believing it(positive vibrations) and not letting false truths(negative vibrations) interfere with the TRUTH. We all know this is easier said then done but I think because of earlier posts that we all seem to believe this on a certain level. Anyways I am sorry I was so long winded. I just felt compelled to share.

Shirley responded: So.. your post reminded me of something that Yogananda said in the book “Autobiography of a Yogi.” He said that if you want to manifest what you SAY, then you must always speak the truth. If what you say is sometimes the truth and sometimes a lie, then the universe will not believe you when you speak forth your intentions.

So.. what you said about knowing that NOTHING can operate against your declaration of truth.. very interesting. Add to that ONLY speaking the truth, and I think something really powerful and life changing could come from it.

Here is a selection of Affirmative Prayers: 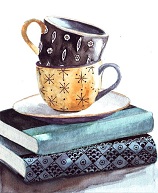 Enter your situation and receive a random affirmation. The affirmation will come in the form of a small pop up. Try it - your life just might change for the better!


Birth as one slice, and death as the other. What you put in-between the slices is up to you.


Is your sandwich tasty or sour?

My Online Shops
Love and Hugs!

So happy to see all our visitors!