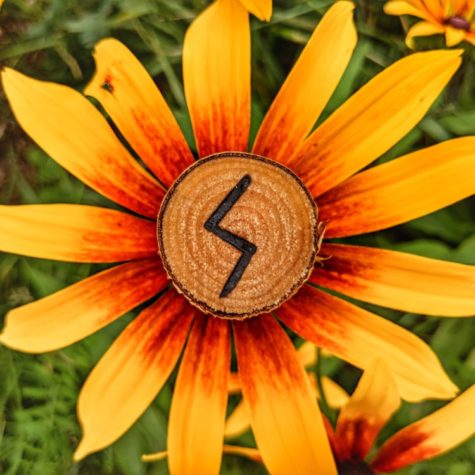 Transcendent power, salvation, knowledge, strength in times of trouble. Also useful for matters of success and divination. Will counter all dark forces. The sun is a symbol of personal, transcendent salvation.

Sowilo is the rune of the will. It is that spiritual energy which guides all true seekers. A rune of success. Victory, success. Used for healing. Used when strength and self-confidence are needed.

Strengthening of the psychic centers. Increase in spiritual will. Guidance through the pathways, “enlightenment”. Victory and success through individual will.

The Statement of Intent

Sunna is the goddess of hope.
She points out the way
and gives us the energy for life’s work. 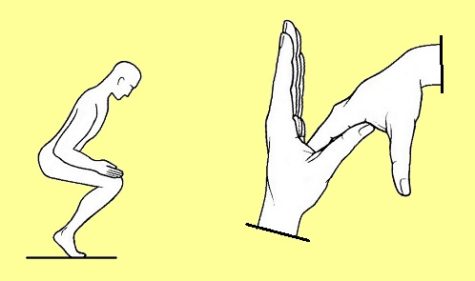 With the body in the form of the rune S, fold the arms at the side of the body while the hip and knee joints form the rune Sowilo. Balance the position on your toes.

Because the traditional position seems almost impossible to accomplish, here is a more comfortable variation:

Sit on your heels, so that your legs and calves meet tightly along their length. Keep the torso vertical, with the arms along the sides of the legs.