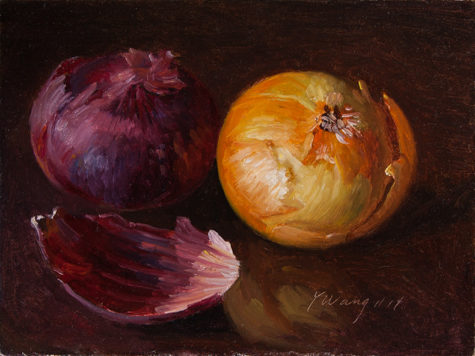 The ancient Egyptians worshiped onions as gods and always planted them in their gardens. Whether your gods are in your garden or the veggie bin of your kitchen, they have many magical uses.  Use this many-layered food to peel away problems in life and to dispel anger. The onion is also a love food and is said to increase male virility.

Carve the names of quarreling parties into a yellow onion and keep until it forms roots. At this time, the two friends or family members will begin to recall the positive roots of their relationship and let go of their anger toward each other. Do not get rid of the onion until apologies have been made and accepted. You may then offer the onion to the earth in thanks.

Cut an onion in half and put it under your sink to absorb any negativity in your home or nastiness sent your way and replace every week or two — you’ll be surprised how much it absorbs and how quickly it shrivels. Prick a whole fresh onion with black headed pins and place on a window sill to protect from the evil eye and magical attack. Or, simply braid together onions from your garden and hang them in your kitchen or over your pantry door to protect your home.

Folk healers use onions just like garlic cloves – cut them in half and rub on the afflicted area and then discard. The onion becomes as a scapegoat for the illness. Also, like garlic, onion skins are never thrown out, but burned to attract and keep money. The skins can also be burned for protection and banishing and, when finely ground, can be added to incense blends.

In Hungary, onion skins are burned during childbirth to protect the mother and baby who are believed to be most susceptible to the evil eye and evil spirits at this time. In European folk magic, knives and swords are consecrated by running the blades over the juices of a freshly halved onion – why not use an onion to bless and cleanse your ritual knives before and after use? 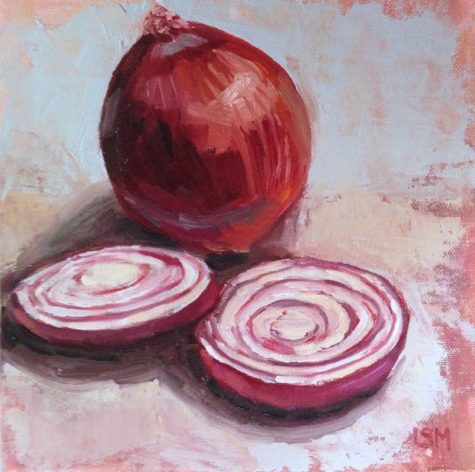 Onions are used in the practice of hoodoo/rootwork/conjure and other forms of folk magic in a variety of ways.

Red onions are powerful, but some folks say that you have to steal one from a grocery store to get the best use of it.

When cutting red onions, take the skin and turn on the stove top. Burn the onion skins in the flames. Folks burn red onion peelings because they are lucky for the home; because they draw in business to a bar, restaurant, or boarding house; because they keep the law away; and because they help in love affairs.

For the last-named purpose, you can call your lover’s name and say, “Hold him tight to me; make him come under my command,” three times as the red onion peels burn.

Red onion skins can also be used without burning them. They can be added to incense, oils, powders, and even mojo bags.

For peace in the home, bore a hole in a red onion, fill it with sugar, tie a shoe lace around it, and hide it above the door where folks will walk under it.

An old folk remedy for curing baldness is to rub a cut onion on the head. Yellow and white onions are also used to repel and banish a person.

If you want to see your future marriage partner in your dreams, all you need do is place an onion under your pillow. If you are trying to determine between two marriage prospects, you should write their names on two onions, place them on a windowsill, and see which one sprouts first.

Onions are very protective. A half onion is kept in the kitchen to absorb diseases and ill-luck. It should be replaced every few days. The onion’s pungent odor is believed to ward off evil spirits. It also provides general protection.

Rub a cut onion on the door frame and on the ground or floor in a line while stating your desire that whatever it is you are trying to repel cannot enter.

If there is someone in your house and you want them gone for good, take an onion, a name-paper for the person and/or a personal effect from the person. Use a knife to make a slit in the onion. Stuff the name-paper and/or personal effect into the onion. Roll the onion out the house and into the street. If the person is known to sit in a specific chair in the house the you can put it there and then slap it to the floor and kick it out the door and into the street. Cussing the person while you do it will make the work stronger.

Another method of banishing someone is to take a cut onion and rub it on the bottom of their shoes, from the heel going to the toes, while telling them to get the hell out of your house.

If your husband is too demanding for sex, take a cut onion and make one pass down your coochie. He will leave you alone that night.

Onions can be used to break up couples. A hollow is made in a large onion and name-papers or personal effects from the couple are placed into the onion, along with items such as black cat hair, black dog hair, and/or red pepper. The onion is then rolled under the home (if the home is up off of the ground), hidden under the porch, or buried near the front of the house where the couple will walk over it. As the onion rots the couple will begin to fight and will separate.

Carrying an onion around with you is said to be good for your health, and ensures that you do not catch a cold. During the plague, onions were frequently hung up in rooms to help preserve good health. Even today, some people will place an onion in the room of someone who is sick, believing that it will help drive the illness away. 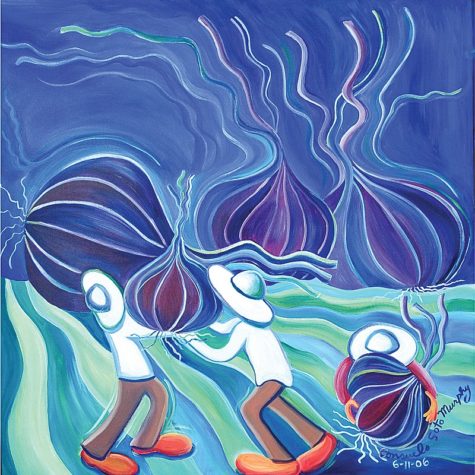 Keeping a piece of raw potato in your mouth wile cutting onions will stop your eyes from weeping. Holding a matchstick between your teeth also works.

This information was collected from a variety of sources including the following:

One Response to Onion Magick and Lore