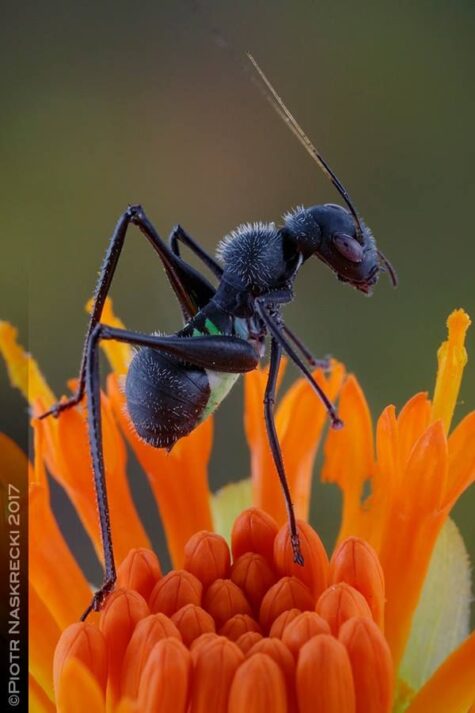 Despite its apparent insignificance, the ant was one of the teachers of the wisest of kings, Solomon, and is a sacred creature in Islam.

Given the habits of the ant, it is no surprise that this tiny creature is primarily a symbol of industry. Because it often carries seeds and grains, in Ancient Greece the ant was sacred to the Goddess of the Harvest, Demeter. However, the industry of the ant seems to be concerned with one thing, the storage of material goods. Therefore, despite all its hard work, the ant is a symbol of materialism to Buddhists.

The teamwork of ants is notorious and many tiny ants together can shift loads far heavier than they are. The ant is a good example of the “sum of the parts being greater than the whole,” and for Hindus this represents the idea of the Godhead. 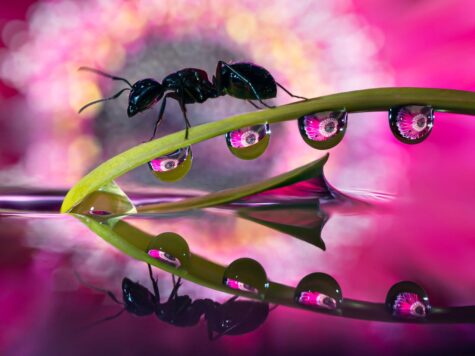 Scouting ants seem to walk around at random, so some hoodoo ant-tricks are intended to make an enemy wander in body (never settling in one place for long) or in mind (unable to concentrate, make decisions, or carry out plans. For wandering spells, any small ant will do.

For jinxing spells red ants are the best, because their nest-mounds are easily disturbed, they are quickly angered, and their bite is inflammatory and painful.

To Force an Enemy to Wander: Capture the left foot track of your enemy by scraping it up from heel to toe. Mix it with sugar and lard and put it in an ants nest, and the person will have to wander around just like the ants.

To Run a Woman Crazy: If you get a woman’s bloody menstrual pad or tampon, and you put it in a red ant next, the ants will eat it, and she will go insane with female trouble and a wandering mind.

To Make A Person Return: If someone has left town and you want him or her back, go out at sunrise, stand in front of a red ant nest and call the person’s name three times, each time asking the ants to make the person wander through the world until he or she is forced to return to you.

For Training Dogs: If you feed a guard dog nine red ants in a piece of cornbread, he will attack all intruders. If a hunting dog is fed three black horse ants in cornbread each day for three days, he will range better when hunting because he will “wander” as he hunts.

Ant eggs were formerly used in magickal compounds intended to destroy love. I have not, however, found any actual recipes for those compounds. Anthill dirt is also magickal, you can read about it here: Anthill Magick. 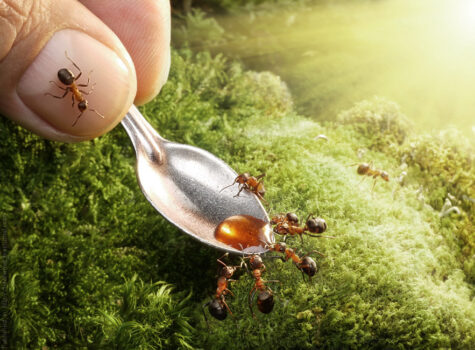 In Topsel’s History of Four-Footed Beasts and Serpents (1607), the following cures for warts and swellings is given:

Reckon how many warts you have, and take so many ants, and bind them up in a thin cloth with a snail, and bring all to ashes, and mingle the with vinegar.

Take off the head of a small ant, and bruise the body between your fingers, and anoint with it any imposthumated tumor, and it will presently sink down. 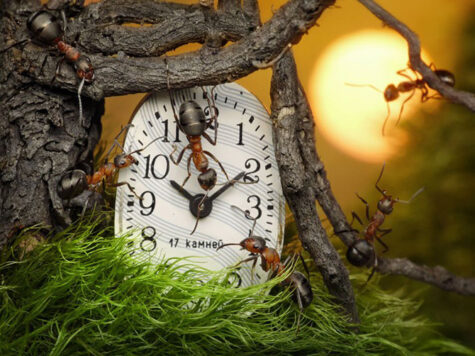 In Cornwall, England, locally known as Meryons or Muryans, were once thought to be fairies in the last stages of their earthly existence. Legend said that these elfin creatures went through many gradual transformations, always becoming smaller and smaller, until finally, after living for some time as Meryons, they disappeared altogether from this world.

According to one tradition, the Cornish fairies were once Druids who refused to accept Christianity and so were condemned to lose their human status. Another tale says unbaptized children took this form after their death, being safe from Hell because of their innocence, but unable to enter Heaven because they were not christened. In both versions of the legend, they eventually became Muryans, and hence it was considered very unlucky to destroy an ants’ nest.

Old English folks associated the ants with the Underworld and death. Since the ants build complicated structures under the Earth’s surface, it is expected for their spiritual meaning to be linked to death.

Ant was also part of Greek mythology. The Greek word for ant is myrmekes, and it was believed that people Thessaly were descendants of ants.  Another Greek myth speaks of Myrmex, an attic girl who was very dear to Athena, the goddess of wisdom. When the goddess invented the plough, Myrmex claimed she made the discovery. For this audacity, the goddess transformed the girl into an ant.

Because ants appear to be highly industrious and motivated, they have long been a symbol of work and industry. Partly this is due to the Greek tales of the ant, such as is found in Aesop’s Fables. Their wisdom and intellect in their endeavors is often acclaimed.

This diligent insect is an essential figure in Native American folklore and mythology. The Hopi people believe that the first world ended in fire. During this calamity, the Ant People saved the Hopi by taking them to underground caves.

People from northern California believed that ants could predict earthquakes, and it was forbidden to disturb their anthills. The Cherokee had an Ant Dance among their tribal traditions. According to a Salish legend, the Ant woman won the daytime from the Creator after defeating the Bear in a dance contest.

In South America these insects were often depicted as warriors due to the South American fire ants’ painful sting. Some of the initiation rituals included young people exposing themselves to ant bites.

In the Philippines, locals still believe in a myth which states that anthills represent entrances to the mystical kingdoms where ancient pagan gods dwell. The Filipinos do not touch these earth mounds, not even look at them.

Kuba people from Central Africa have a beautiful legend about the creation of the world and the white ants’ appearance.  It is believed that Nyonye Ngana, son of the creator god Mbombo, created the white ants but died shortly after. The ants dug after black soil to bury him and thus transformed the Earth’s surface.

The Kabyl and Berber tribes from North Africa tell a story about the ant who taught the first humans how to use grains and plants. The first man and woman lived underground, and the ant showed them how to grow wheat and make bread.

The Maasai people appreciate ants due to their courage and healing powers. The powerful jaws of the driver ants are being used as stitches by the Maasai moran warriors. 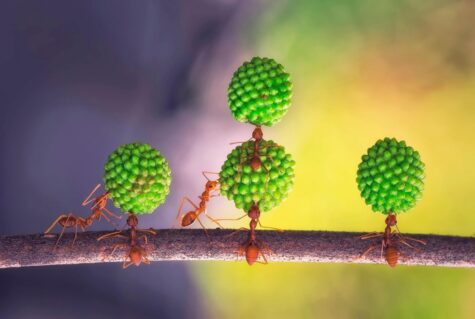 According to many psychologists, dreaming of ants is related to the work ethic. Because ants are so industrious, it is considered bad luck to dream of them. This is a sign that you are overly concerned with prosperity and material possessions.

If you dream of ants on your clothing, or coming into your home, you will have petty annoyances. To watch ants is to indulge in activity; usually a lot of small jobs. An anthill in a dream is a sign of avoidance of work. Dreaming about ants crawling all over your body means that somebody is annoying you.

Dreams about ants flying, or an ant bite represent your need to free yourself from the daily routine. A dream about fire ants means that you have some regrets related to past actions or experiences.

When speaking of the dream interpretation, ants’ color is also an essential factor to take into consideration:

Leaving aside the different interpretations, dreams about ants might be a sign that your spirit animal responded to your call. Perhaps you feel unimportant and neglected; therefore, the ant power animal comes to guide you through the obstacles. 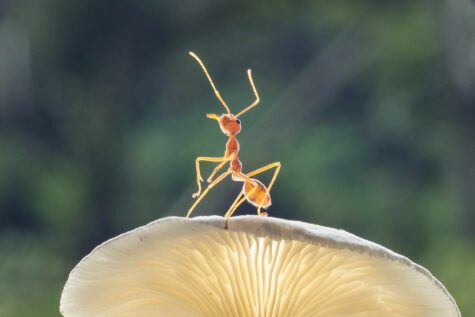 It was said at one time that if a piece of tin was put into an ant nest when the moon was new, it would turn into silver, provided that it was inserted at a certain fortunate moment which varied in different parts of the country.

Although black ants are considered auspicious and indicate happiness, peace, prosperity, they should not be present in a huge numbers. If they are breeding in your house then take appropriate steps to show them the way out.

Red ants are associated with the devil and believed to bring bad omen so if you see them in your house, so immediately remove them. However, if red ants exit from your house with their eggs in their mouth then it is a good sign.

If one found the red ant on their path then crossed or even jumped over them then that was a sign of bad luck and possible danger that day.

In most traditional African traditions, there were many beliefs that were linked to the ant. This was in relation to sowing and harvesting. It was thought that the ant can help predict good and bad weather, this was associated with direction in which the ants were moving. For example, if ants moved from east to west in a group then in was an indication that the harvest was near. On the other hand if they moved from west to east then in was an indication that the rains were approaching and thus people were supposed to prepare their fields for sowing. 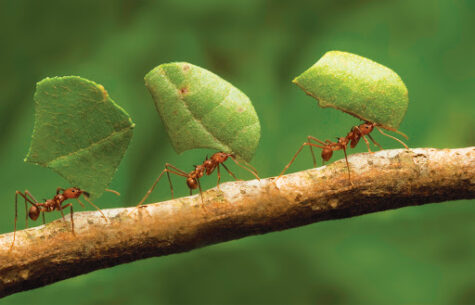 There are many types of ants, some of which are solitary, but most of which are part of a larger community. Though drudgery is often associated with them, this is far from true. When by themselves, they display simple and uncomplicated behavior patterns. Within the community, there is a repertory of activities and behaviors.

Ants live everywhere on Earth and thrive in most ecosystems. Their ability to modify habitats, exploit resources, and defend themselves made them successful in different environments.

Fire ants specialize in exploiting disturbed habitat, and they’ve thrived in part because humans have done a lot of disturbing. People tend to hate and fear them but this seems a little unfair, since opportunistic fire ants will devour termites, ticks, weevils, mosquitoes and other major threats plants, property and people.

Ant colonies, known as anthills, are some of the most impressive structures found in nature and are good examples of structured organizations. The worker ants are skilled architects. They build complex homes, galleries, and even vaulted ceilings.

The familiar dirt mound around which smart humans cut a wide swath is actually a solarium that collects heat to warm its residents. The tunnels below it hold anywhere from a few dozen to several hundred thousand of the highly territorial critters. A mature colony can encompass approximately 300 feet of underground foraging tunnels – about 20,000 ant body-lengths. On a human scale, that’s the staggering equivalent of 20 miles or more.

Ants are social. Much of their work centers on community activity. The primary activities are gathering, hunting and growing. Yes, some ants do farm, growing a kind of fungus. Ants also participate in food exchanges within the community, and they will often make slaves of other ants to perform labors.

The queen ant has wings and the ability of flight until fertilized. Once she is fertilized, she pulls off her own wings, sacrificing her own flight for the birth of newborns. The queen usually dies after twelve years. 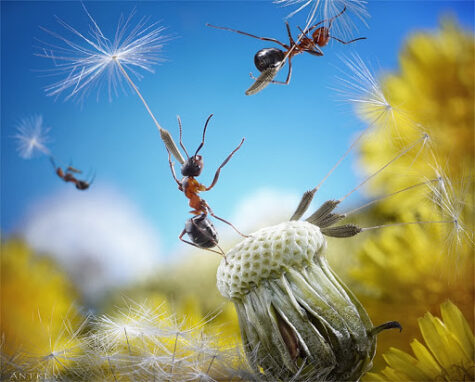